Home » Online Exhibits » Penn History » A Brief History of Global Engagement at the University of Pennsylvania » Penn around the World: A History of Penn’s Engagement with Specific Regions and Countries » Germany

German connections in the 18th and 19th centuries 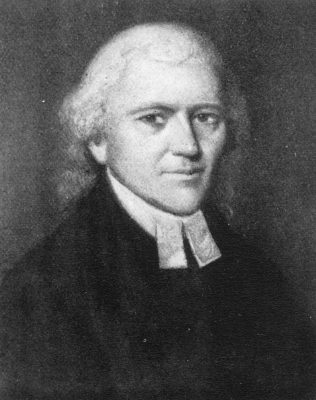 John Christopher Kunze, c. 1790
Get more image details
In 1754, the teaching of the German language was begun at the Academy (Charity School) and at the College, no doubt due to the recommendation to the Academy Trustees by Rev. George Whitefield of a similar plan espoused by the pedagogy utilized at the University of Halle (now known as the Martin Luther University of Halle-Wittenberg). Due to the interest in the German language, after 1780, the year in which the Rev. Justus C. H. Helmuth and the Rev. Johan C. Kunze, Professors of German in the College, had become Trustees, a German School, conducted in the German language and led by the two aforementioned professors, was initiated and continued until 1792. Besides Helmuth and Kunze (pictured at right), other native German Trustees of the time included the Rev. Casparus D. Weyberg, who also received an honorary Master of Arts degree in 1780, the Rev. Ferdinand Steinmeyer, S.J. (also known as Ferdinand Farmer), and the Rev. Laurence Graessl.

As for students, excluding those who attended the German School from 1780 to 1792, the earliest German Penn graduate seems to be August T. Stamm (Berlin, Germany), who graduated from the Medical School in 1855. Two Germans also graduated in 1883 with the fifth class of the School of Dentistry.

Honorary degrees were given to many Germans in the first half of the twentieth century, but perhaps none more notable than the one awarded in 1905 to the German Kaiser Friedrich Wilhelm II. Another notable honorary degree, awarded in 1911, went to Johann Heinrich Von Bernstorff, the German Ambassador to the United States and Mexico from 1908 to 1917. Von Bernstorff is best known for his anti-American, pro-German sabotage attempts (some successful) conducted in New Jersey and elsewhere during World War I. These activities continued until President Woodrow Wilson broke off diplomatic relations with Germany, forcing Von Bernstorff to return to Germany in 1916. The Penn Trustees struck both Von Bernstorff and the Kaiser from the roll of honorary degree recipients January 14, 1918, making them the only two people in Penn history to have been struck from the honorary degree recipients roll.

In 1912, as Penn’s interest in Germany seems to have faltered, the German-American Research Institute, led by Professor M. D. Learned ended. That same year aGerman Traveling Scholarship Fund was begun; it lasted for two academic years (to the beginning of the Great War). The Trustees then shifted remaining funds from this program in 1920 to the Jusserand Traveling Scholarship Fund, founded in 1912 by Joseph G. Rosengarten named for Jules Jusserand , the former French ambassador to the United States. Although by the 1920s, Penn was not immune to the anti-German sentiment felt throughout the world, some German graduates of the Penn School of Dentistry kept in touch with the University. 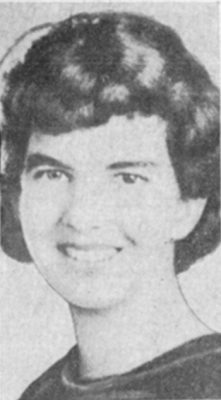 Elsa K. Nitzsche, Class of 1937, as a sophomore, 1935
Get more image details
In the 1930s, multiple arts performances on the Penn campus centered on German culture and sometimes starred German performers. The famous German contralto, Maragrete Olden, gave a recital to 1,700 people at Irvine Auditorium. Elsa K. Nitzsche (pictured below, left), Class of 1937 and the daughter of former University of Pennsylvania Recorder George Nitzsche, won a scholarship for the summer to study at Munich University (now known as Ludwig Maximilians University of Munich); she also performed the title role in “Maria Stuart” (by Schiller) staged by the German Club in Irvine Auditorium in 1935. Another German recital occurred in 1936 performed by the “distinguished German song interpreter” Hans Merz. The German Club throughout the 1930s performed a number of well-attended plays, including Franz Kafka’s “Das Schloss” (“The Castle”) (scene shown below, center) and Gotthold E. Lessing’s play, “Minna von Barnhelm.”

In 1939, twenty Swedish folk dancers (pictured below, right) performed at Penn; the group had been on a tour of the United States.

In 1940, an honorary degree was awarded to Reinhold Niebuhr, known for his philosophy on diplomacy and politics. Niebuhr was a Protestant theologian, and his studies of religious faith heavily influenced his writing; he became an influence for the idea of the modern “just war.” Another honorary degree was awarded by Penn to Wolfgang Kohler, a German psychologist, in 1946. The University honored these men not as German political leaders like Von Bernstorff and the Kaiser, but as exceptional German intellectuals.

During World War II, the University of Pennsylvania offered its resources in support of the United States in a number of ways. As part of the University’s war effort, Penn faculty trained students in the German language to enable them to better engage the enemy. In April 1942, it was reported that Penn was to offer a special summer course in “Nazi language.” This term was not some sort of headline language used by the press; rather, it referred to a Penn course on specific German terminology developed by the Nazi Party and used in official party documents. The Army Specialized Training Program intensive course in German was led by Dr. Otto Springer, and this course was introduced to the civilian student population at Penn in late 1944. As already mentioned in the section of this exhibit on World War II, a Penn Committee on Post-War International Problems (similar committees were held across the nation at various institutions and the entire project was led by Harvard University) engaged issues such as how the world would deal with Post-War Germany. This is not to mention that the world would have to deal with two Germanys with two official ideologies: one communist and one Westernized and split three ways. 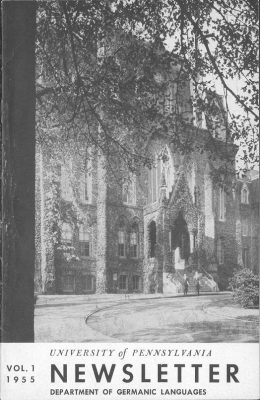 Cover of first Department of Germanic Languages newsletter, 1955
Get more image details
After World War II, many of the relations between Penn and Germany returned to as they had been in the 1930s – there was a large emphasis on cultural studies. In the second edition (1960) of the Department of Germanic Languages and Literature’s Newsletter, a report explained that the Department wished to “effect a closer integration of German with related subjects such as teaching… and… a Pedagogical Seminar in collaboration with the School of Education.” This Newsletter (cover pictured at right) had begun in 1955 as a bulletin for that department.

Medieval and Renaissance German songs were performed on December 10, 1964, by Karl Wolfram in College Hall. Films, representing examples of German expressionism from the years between the wars, were presented by the Philomathean Society during the week of April 23, 1967. “Die Bruecke,” an internationally acclaimed “German theatrical ensemble” performed the following year and again in 1970 and 1972. In 1968 the Honorary Consul of the Netherlands, Dr. Jan W. S. Nordholt, lectured in Houston Hall on “Dumas and Adams: The First Two Representatives in Holland.” “Classical Drama and Modern Theater” was the subject of a lecture by Dr. Wilhelm Emrich of the Freie Universität Berlin (Penn would send students to study here) at the Penn campus meeting of the Germanic Association in 1971. In 1972, a New Jersey digest reported on Penn’s graduate studies in Netherlandic as well as other Scandinavian languages. A February 1973 exhibit at Van Pelt Library of reproductions of the work of famous Dutch painters from four centuries prompted visits to the Penn campus by W. S. J. Campagne, the consul general of the Netherlands in the United States and General L. Gleeson, the consul of the Netherlands in Philadelphia.

In 1976, the University allowed students to apply for the Junior Year in Munich program of Wayne State University, Detroit, Michigan, finally adding Germany to Penn’s list of countries acceptable for study abroad. At the Faculty Club in January 1979, there was a celebration of the independence of Holland, commemorating the 400th anniversary of the signing of the Treaty of Utrecht. Modern films from the Federal Republic of Germany (FRG), were shown in the Annenberg Studio Theater in November, 1982, and in 1983, President Ronald Reagan and President Karl Carstens of the FRG were to appear on campus to be “at a conference commemorating the tricentennial anniversary of German settlement in America,” but that visit did not occur.