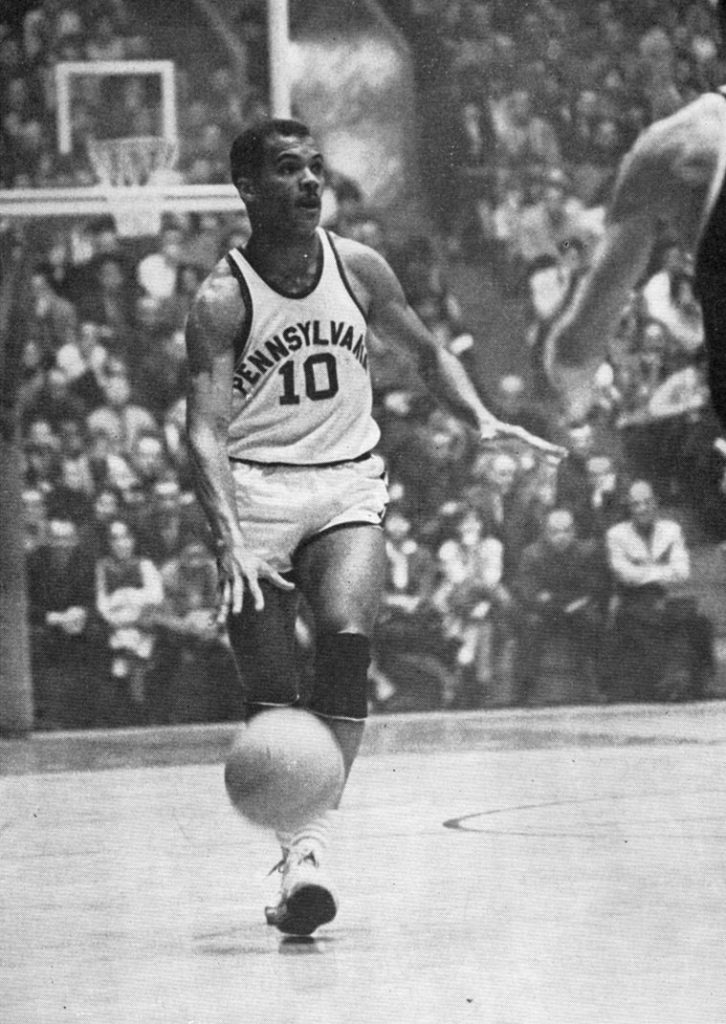 John Wideman with the ball, 1963
Get more image details

Rhodes Scholarships, the oldest international fellowships, have been awarded by the Rhodes Scholarship Trust since the death of Cecil Rhodes in 1902. Penn student Ellis T. Robins was among the first group of Americans named as scholars in 1904. The Rhodes Scholarship provides for two years of study at the University of Oxford, England. Students are selected on the basis of a combination of intellectual excellence and personal character offering promise of outstanding service to the world.