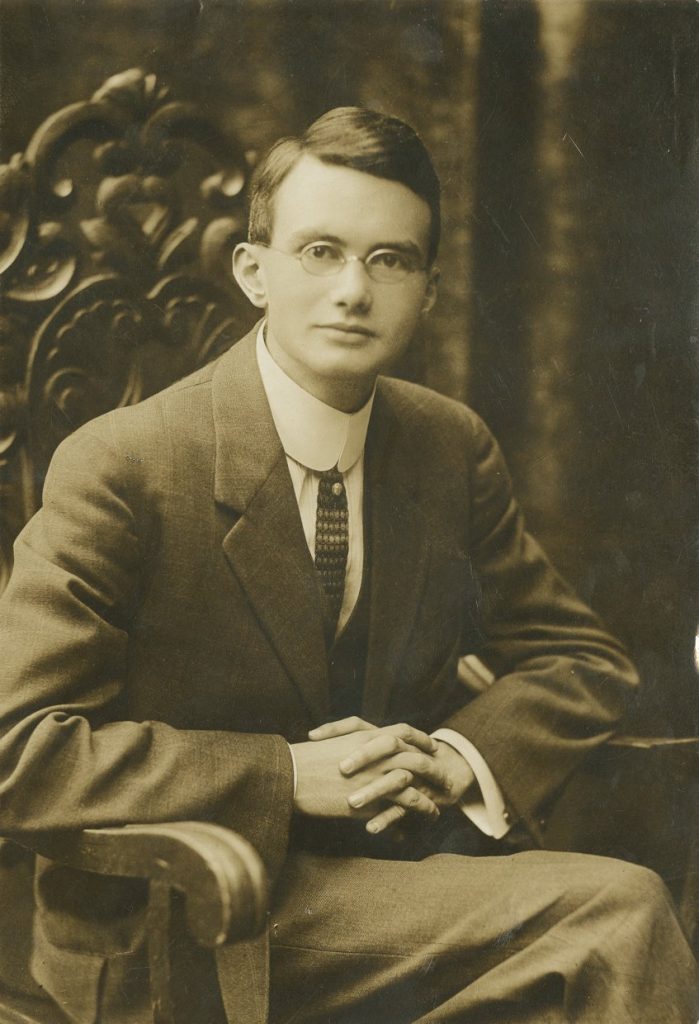 Morrison Comegys Boyd was born on September 26, 1891, in Philadelphia, Pennsylvania. He attended Central High School before entering the University of Pennsylvania in 1909. While a student at Penn, Boyd was a member of the Philomathean Society and served as both Class Secretary and Class Treasurer at different times. He was the recipient of the Greek Composition and the Greek Sight Reading Prizes as well as the George Allen Greek and Latin Prizes. Boyd graduated from the University with a bachelor’s degree in Greek in 1913 and earned his master’s degree in Latin the following year.

In 1914, Boyd became the third University of Pennsylvania student to be awarded a Rhodes Scholarship, following Ellis Thomas Robins in 1904 and Richard Schellens in 1908. He used the Scholarship to study Latin, Greek, and music at the University of Oxford’s Oriel College, from which he received bachelor of arts and bachelor of music degrees in 1917 and a master’s degree in 1926. Once back in Philadelphia, Boyd returned to the University of Pennsylvania to complete a Ph.D. in English, which he earned in 1932 with a thesis entitled “Musical Criticism in England During the Reigns of Queen Elizabeth and James I.”

In addition to his faculty duties, Boyd was appointed University organist in 1929 and gave a number of Sunday afternoon recitals on the Cyrus H.K. Curtis Organ in the Irvine Auditorium. He had also spent several years as the organist at both the Arch Street Presbyterian and Princeton Presbyterian Churches.

Boyd died at age 79 on August 4, 1971, in East Stroudsburg, Pennsylvania, where he was vacationing. He was a resident of New York City at the time of his death.