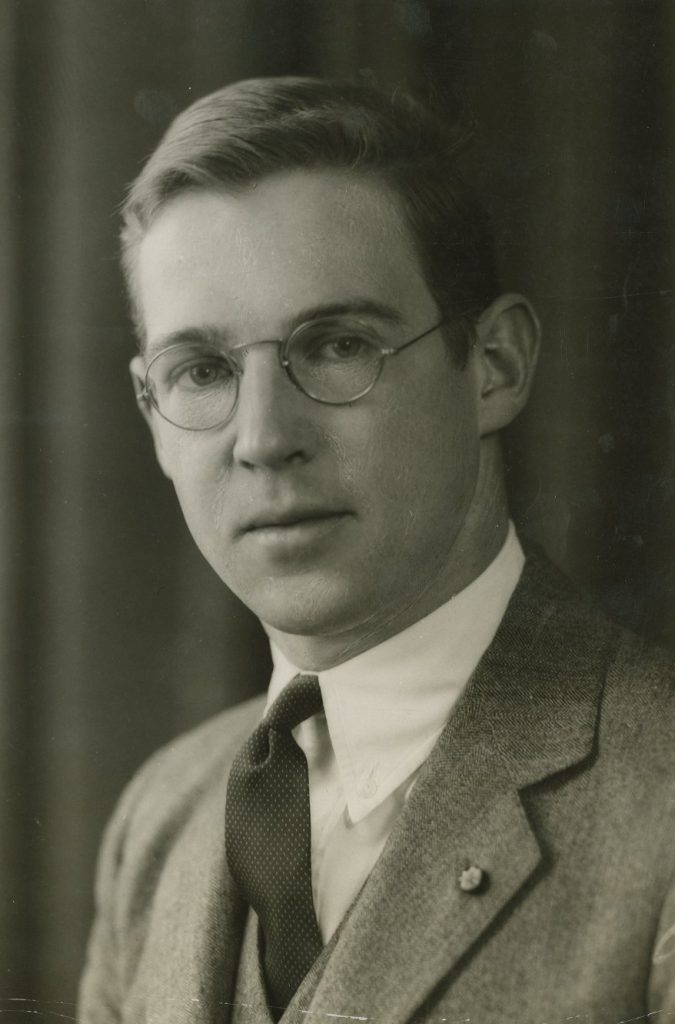 Frederic Lyman Ballard, Jr., was born on September 29, 1917, in the Chestnut Hill section of Philadelphia to Frederic Lyman Ballard, a University of Pennsylvania trustee, and Frances Stoughton Ballard. He attended Chestnut Hill Academy before graduating from St. George’s School, a boarding school in Newport, Rhode Island, in 1935, and entering the University of Pennsylvania.

After being admitted to the Pennsylvania Bar in 1942, Ballard entered the law firm of Ballard, Spahr, Andrews, & Ingersoll, which was founded by his grandfather, Ellis Ames Ballard, in the nineteenth century. He took three years off from the firm to serve as a lieutenant in the Navy during World War II, but otherwise spent his entire legal career there, retiring in 1987.

Ballard was on the boards of directors of various universities and companies, including but not limited to the University of Pennsylvania, Thomas Jefferson University, ESB Incorporated, Provident Mutual Life Insurance Company, and the Western Saving Fund Society of Philadelphia. He was also a trustee at Radcliffe College, attended by two of his daughters, from 1964 to 1972.

Ballard married feminist and civic leader Ernesta Drinker Ballard in 1939, with whom he had one son and three daughters, Frederic Lyman, Alice Walker, Ernesta, and Sophie. He died on March 13, 2001, in Philadelphia.