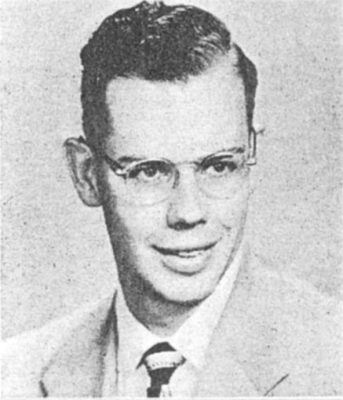 George Batcheler, a native of Philipsburg, Pennsylvania, earned his architecture degree at Penn. He was, for thirty years, a partner in the architectural firm of Mirick, Pearson and Batcheler working on such projects as the Haddonfield Commons condominiums, the learning center library at Episcopal Academy in Merion, a mental health facility in Northeast Philadelphia, and several local hospital buildings.

“Penny” Hartshorne was born in East Orange, New Jersey. She attended Bennington College before earning a bachelor’s degree in architecture in 1953 at the Illinois Institute of Technology, where she studied under Ludwig Mies van der Rohe. After living and working in Sweden and then Pennsylvania’s Chester County, she came to Philadelphia where she became interested in historic preservationist. Penny worked for the National Park Service in the late 1950s, serving as the only woman on the team responsible for the restoration of Independence National Historical Park.

George and Penelope met in the 1960s when they were both restoring houses on historic Elfreth’s Alley; together they bought and restored the house in Society Hill shown in the architectural elevation of the facade shown below right.