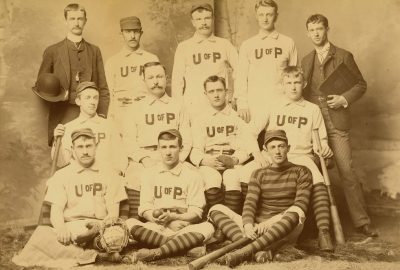 Penn played 20 games this season, which is considerably more than they have played in the past couple years. They won 11 of these 20, but were outscored 156-154 in total runs all season. The reason for this high amount could be that whenever they won they did it handily, and whenever they lost they did not score a considerable amount of runs to keep the game close.

Note that the list of team members varies slightly from source to source. Included here is everyone named in the 1886 yearbook, the Athletic Association history of Penn athletics published in 1913, or both.