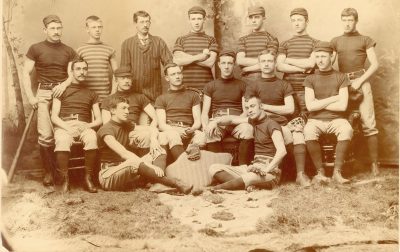 This season was a very admirable one for Penn baseball. Starting on April 5, they went 11 games without a loss, winning 10 (1 tie). The loss to Princeton on May 11 seemed to bring them back down to earth, as 3 more losses quickly followed. This seemed to be the only skid for Penn in a season where they won 14 games out of a possible 24, with 8 losses and 2 ties. They also averaged an even 10 runs per game and recorded 2 shutouts.

Note that the list of team members varies slightly from source to source. Included here is everyone named in the 1887 yearbook, the Athletic Association history of Penn athletics published in 1913, or both.