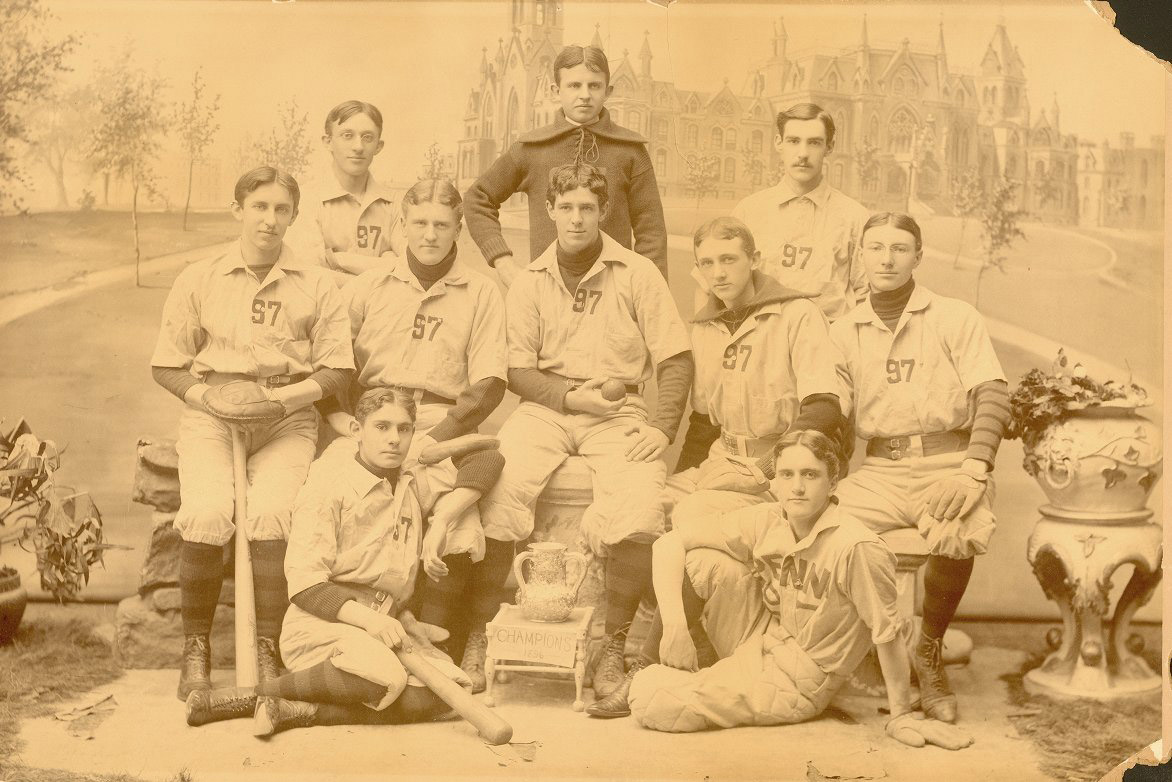 Baseball is one of the oldest major sports at the University of Pennsylvania, behind only cricket and rowing. Fragmentary records of student life at Penn show that baseball was played on Penn’s Ninth Street campus at least as early as 1864, with both class and University teams in existence by 1867. Baseball was pioneered as a college sport run by and paid for by students, but by 1900, much would change. Changes and expansion would occur not only in Penn’s campus, curriculum and student enrollment, but also in student athletics, including baseball. By the turn of the century, the University was not only providing facilities and financial support for baseball, it was also shaping and regulating varsity baseball at Penn.

In the early years of collegiate sports, the organization of baseball teams on the Penn campuses bore only limited resemblance to its current form. In the post Civil-War era, organized college athletic programs and intercollegiate sports were still in their infancy; student athletes were not working within the organizational framework we know today, but were instead simply trying to play baseball in the context of college life at the time.

Team competition began as intramural rivalry, with teams organized by undergraduate College classes, by the Medical School, and by fraternities. “University,” or varsity, teams gradually took on more importance after Penn’s move to the new West Philadelphia campus in 1872. By 1875, the University team had a schedule of games with outside opponents, including other colleges as well as secondary schools and private clubs. At first baseball was played in both the fall and the spring, but after 1875 all games were scheduled for the spring. Members of each team elected their captain and their manager. The student manager arranged the schedule of games and handled the team’s finances, while the captain picked the players and organized the playing of the game. The University provided no financial support, no playing facilities, and no uniforms. All sports activities were organized and funded by students.

During the last fifteen years of the nineteenth century, the alumni and then the University administration became more involved in student athletics so that, by the turn of the century, collegiate baseball looked much more like baseball as we now know it. Although class teams still enjoyed their rivalry, the varsity team had come into its own, with a regular spring schedule of intercollegiate games between Penn and other colleges. This varsity team had a professional coach and playing facilities paid for and administered by the University. Both the University and the Intercollegiate Athletic Association were now setting the rules governing player eligibility and other issues formerly in the hands of the students.