“The MAGAZINE has a clear and well defined vocation; first, to discuss all University matters, and to foster and direct true college and inter-collegiate spirit; secondly, to do her part in the great work of the advancement of the University in the community; and, thirdly, to furnish a sphere for the lighter intellectual activity of the students. As long as she fulfills these duties, we have full faith that her prosperity will increase, and when she has ceased to fulfill them, it is time that it should wane.”
(March 20th, 1883)

The University Magazine continued publication until November 5th, 1885 with the fourth issue of volume eleven. No announcement appeared in the final Magazine signifying or explaining its forth-coming demise. There was nothing published on the 20th, or on the 5th of December. Instead, on Tuesday December 15th, 1885, a new publication titled “The Pennsylvanian” appeared on campus. No longer tied to the membership of a small society, the former Magazine was now open to all students of the University.

The controversy leading to this decision

In the previous spring, the University Magazine published a communication from Howard James Truman, ’86 stating that since the Magazine was published under the auspices of Philo, and had an exclusively Philomathean editorial board, the time had come for the Magazine to stop claiming to be the representative organ of the University’s students and to serve instead solely as the newspaper of the Philomathean Society. Alternately, Truman proposed opening up the editorial board to the student body as a whole and allowing the paper to be controlled by its constituency. 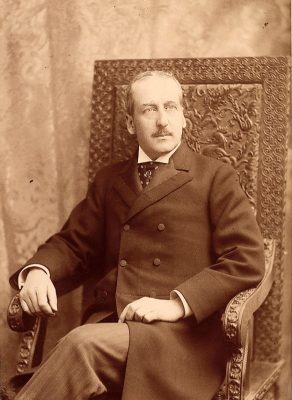 William Pepper, Jr., c. 1890
Get more image details
Fortunately, a recent highly politicized changing of the guard in Philo had resulted in the implementation of a number of policy changes in the Magazine, not the least of which was a new requirement that all communications to the paper would be published over the author’s full name. Truman’s point was apparently well taken: the May 5th issue of the University Magazine carried an article describing the most recent meeting of Philo, where the question “Shall the Magazine be taken from Philo and edited by the students of the various classes?” was debated before the Society. Provost Pepper, and two professors of the College, John McElroy and Albert Bolles, were also present and urged the members to vote in favor of the resolution.

“The purport of Dr. Pepper’s address was that the university had long been pursuing a policy of making itself more widely known and that the time had now come when the college paper should carry on this policy.”

Two members of the Society were particularly vocal in their opposition. John S. Fernie, ’85, claimed that Philo could do a better job, and Howard Cresswell, also ’85, argued that the University Magazine was so integral to Philo that the society would collapse if the responsibility for the paper was removed. Both Fernie and Cresswell had served as moderators of the Philomathean Society, and both had been intimately involved in the publication of the Magazine, Fernie serving a term as editor-in-chief. Other members replied that Philo had failed to produce a consistent college paper, due to the system of appointing editors, and that “If Philo could not live without The MAGAZINE, Philo ought die.”

Fernie and Cresswell’s objections were overruled, and a mass-meeting was planned to place the question of the University Magazine’s future before the students of the College as a whole. The mass-meeting, however, was inconclusive, resulting only in a motion requesting that each class in the college send a delegation to confer with relevant committee from Philo.

The final issue of the University Magazine for the 1884-1885 school year, the June commencement issue, carried a notice that the Magazine would remain with Philo, citing insufficient student interest. However, the “present method of forming the Board of Editors admits of improvement.” Editors were frequently appointed for personal reasons or as the result of internal Philomathean politicking, resulting in uneven quality and frequent turn-over. Even more importantly, there was no mechanism in place to allow men who were not already members of Philo to join the University Magazine.

When publication re-commenced in September, magazine reform was not mentioned until the sudden appearance of The Pennsylvanian in December.

The debut of The Pennsylvanian, the demise of the University Magazine

The first number of The Pennsylvanian carried an editorial on its first page explaining the reasons for the changing of the guard, as well as the new regulations governing the eligibility and election of the editors. The University Magazine, long published by Philo, was necessarily limited by its provenance: while Philo’s membership was capped at fifty, the university had over 1,000 students in 1885. There was no way that the Magazine could be considered a “representative” publication. At the same time, however, the student population was only prepared to support one newspaper. After debate, the Philomathean Society voted to stop publishing the Magazine on the grounds that a suitable replacement be furnished by the undergraduates of Penn.

Under the new regulations set out, the twelve editors of The Pennsylvanian would be elected by popular vote, eight from the College, which then encompassed the Towne Scientific School, Wharton, the department of Music, as well as Arts, and one editor from each of the medical, dental, law, and veterinary schools. The editor-in-chief would be elected internally by the Board of Editors; the Board would then choose a thirteenth editor by fiat, resulting in a Board composed of twelve ordinary editors representing all the schools of Penn, under the guidance of one editor-in-chief. The first elections for the editorial board of The Pennsylvanian were held on November 24th, 1885; annual elections would henceforth be held in April. 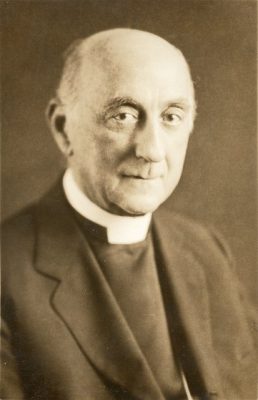 Edward Miller Jefferys, 1930
Get more image details
Unsurprisingly, the new elections returned many of the same men who had participated in the University Magazine. The Pennsylvanian‘s first editor was Edward M. Jefferys, ’86—the outgoing editor-in-chief of the Magazine. Including Jefferys, nine out of the thirteen men of the first board were Philomatheans; of the remaining four, three were representatives of the medical, dental, and veterinary schools and therefore ineligible for Philo membership. (John S. Adams, the law editor, had been in Philo as a student in the College before continuing his studies at the law school).

The Pennsylvanian was printed on larger paper than its predecessor and lacked the thicker paperboard front and back covers. Otherwise, the original layout was virtually identical to that of the former University Magazine. The price for a year’s subscription was raised to $2.00, from $1.50 for the Magazine. In 2009 dollars, a year’s supply of Pennsylvanians cost about $50, or roughly as much as a current subscription to The New Yorker.

The Pennsylvanian did not remain the only publication on campus for long; a new literary semi-monthly first appeared in 1889. The Red and Blue originally contained a mix of news and literary essays, much like the early volumes of the University Magazine, but soon switched to a monthly publishing schedule that allowed the magazine to focus solely on short fiction and literary essays. Many other student publications quickly followed. The University Courier proclaimed in 1892 that “The Red and Blue and The Pennsylvanian are not all-sufficient for the needs of the college… [neither] a literary magazine nor a newspaper, The Courier is a journal of comment.” A review of other college publications in 1894 noticed a similar proliferation: daily, weekly, monthly newspapers and magazines, literary and otherwise, and originating from a much larger spread of schools.

Neither The Red and Blue nor The University Courier have survived into the twenty-first century—the University Courier did not live into the twentieth—but many other student publications thrive today, from the humorous Punch Bowl, and the Pennsylvania Triangle, an engineering journal, both founded in 1898, to F-word, a feminist literary magazine begun in 2006, and the International Business Review, founded 2009.