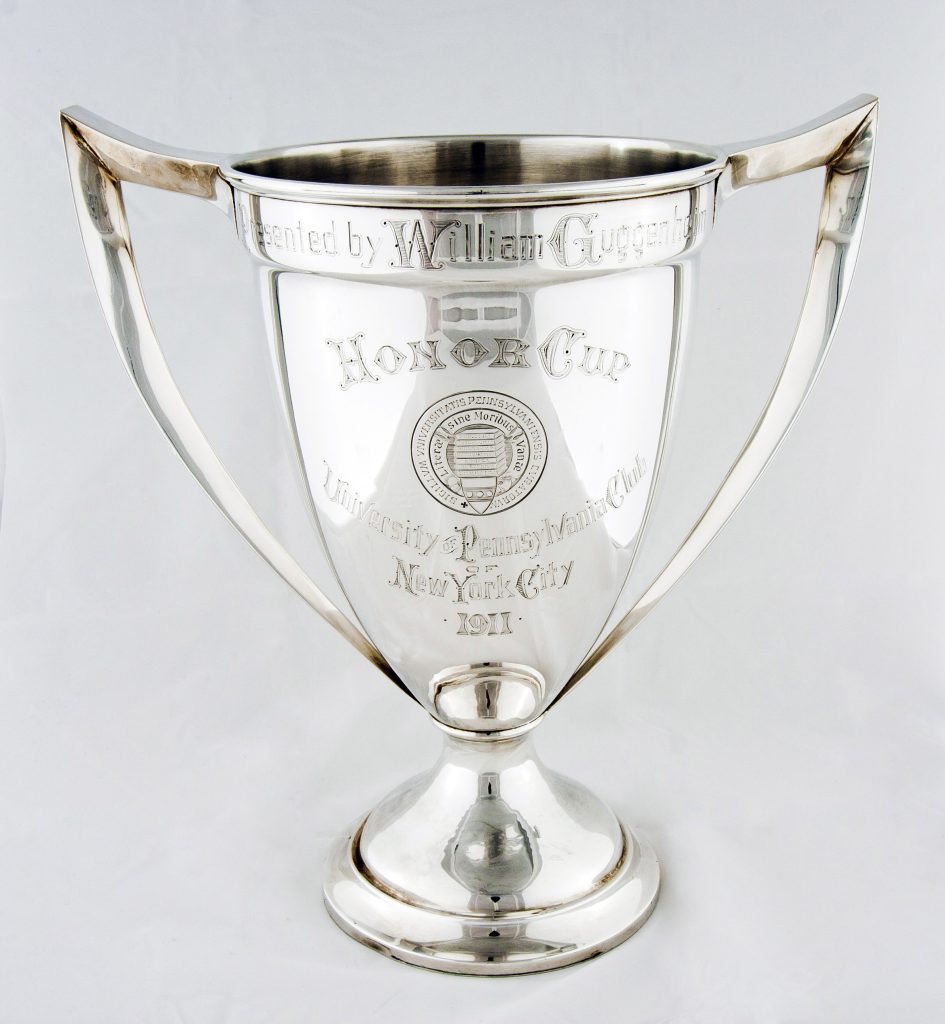 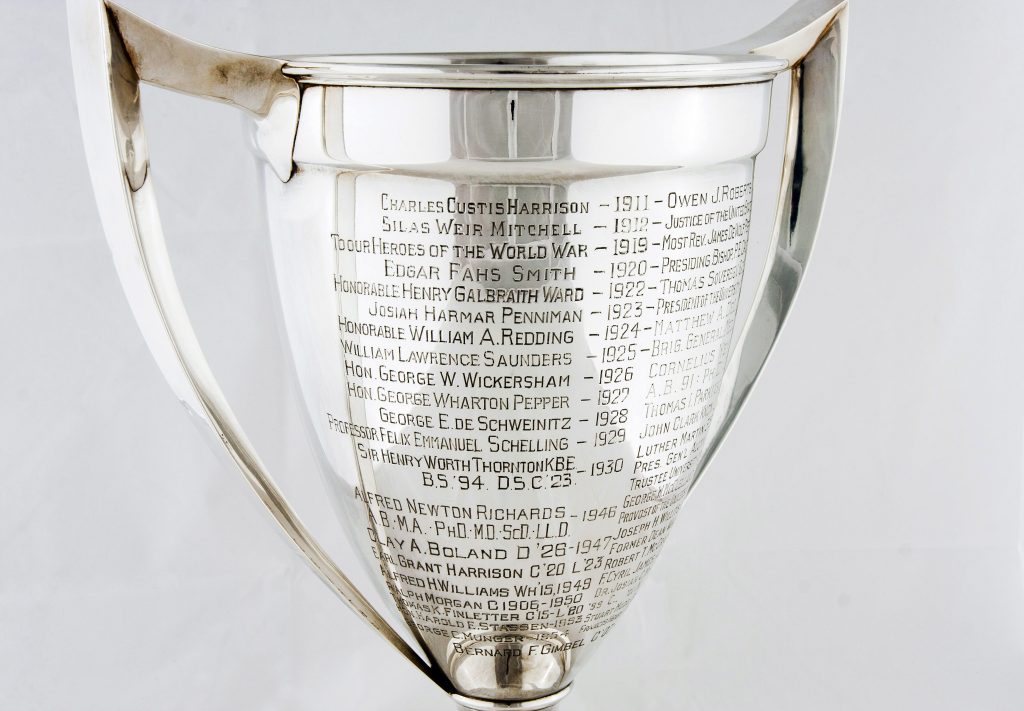 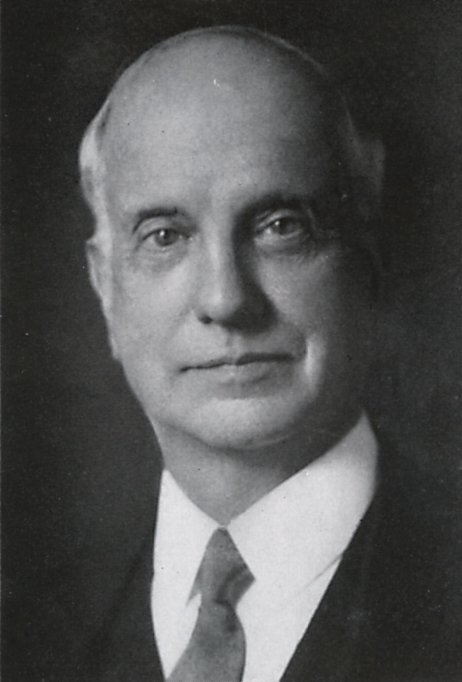 The Guggenheim Honor Cup was donated by William Guggenheim to the University of Pennsylvania Club of New York City on February 6, 1911, to be inscribed no more than once per year with the name of an alumnus who had “honored the University most by notable success in any walk of life.” Each honoree was celebrated at the New York Club’s Annual Dinner in New York City with speeches, presentations, and a display of the silver Honor Cup.

Attendance at the Annual Dinner prior to 1911 had been low, averaging only 90 attendees, while the 1911 Dinner drew a “remarkable” 288 guests to honor retiring Provost Charles Custis Harrison, the first recipient of the Guggenheim Honor Cup Award, and to welcome incoming Provost Edgar Fahs Smith. The 1911 Annual Dinner was described by an attendee from Philadelphia as “the most enthusiastic gathering of Pennsylvania men ever held either in or outside of Philadelphia.”

An account of the Cup by the University of Pennsylvania Club of New York in its February, 1955, newsletter states,

The cup is of a simple, unornamented design. Its beauty is a chaste beauty, derived from graceful lines and the inherent charm of fine silver worked with old world craftsmanship and skill. 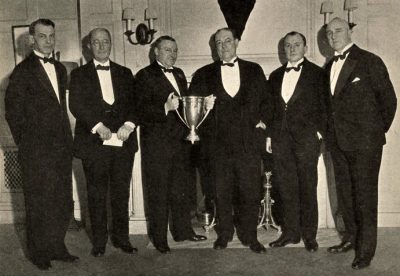 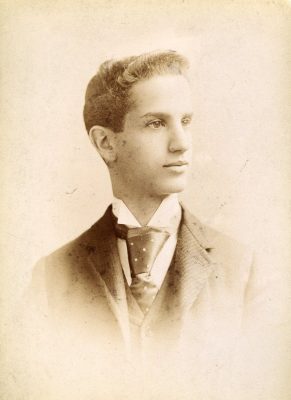 William Guggenheim (C. ’89) was born on November 6, 1868, in Philadelphia, PA, the youngest of seven sons of Meyer and Barbara (Myers) Guggenheim. After attending Philadelphia public schools, Guggenheim studied in the Science Course at the University of Pennsylvania for two years. He then transferred into the Wharton School of Finance, intending to study and practice Law, but switched back to the Science Course after six months as a result of his father’s increasing mining interests. Guggenheim graduated in 1889, having focused his studies on Chemistry and Metallurgy. He went on to great success in various mining and smelting ventures until his retirement in 1901, particularly as General Manager at M. Guggenheim’s Sons in Mexico, during which time he turned a supposedly worthless mine into an industrial empire.

Guggenheim was described as a hyperactive alumnus, serving various leadership positions within the University of Pennsylvania Club of New York City, and providing the Guggenheim Honor Cup to recognize distinguished alumni. He was also Honorary President of the International Benjamin Franklin Society and believed in applying the “common sense of Benjamin Franklin” to world affairs. A staunch Republican and anti-Communist, Guggenheim self-published several pamphlets of his political views and spoke regularly at University of Pennsylvania gatherings up until his death at 72 on June 27, 1941.

The original cup was inscribed with 37 names until fully covered in 1955, at which point it was retired to be prominently displayed at Houston Hall in accordance with the wishes of William Guggenheim. It is now in possession of the Penn Club of New York.

The first recipient of the Honor Cup was Dr. Charles Custis Harrison, Provost of the University from 1894-1910, who accepted the honor at the Annual Dinner on February 18, 1911, during which Edgar Fahs Smith was also officially welcomed as the incoming Provost. Smith was later the recipient of the Guggenheim Honor himself at the New York Club’s Annual Dinner of 1920. Speakers at the first Honor Cup Award presentation included George Woodward Wickersham, Attorney General of the United States and later the 1926 Honor Cup recipient, Judge Henry Galbraith Ward, later the 1922 Honor Cup recipient, Dr. Harrison, and Provost Smith. William Guggenheim was Treasurer of the New York Club at the time.

The final recipient of the original Cup was Bernard F. Gimbel (Wh. ’07), Chairman of the Board of Gimbel Brothers, Inc., for his “outstanding achievements in the business field and his record of civic and community service”. Luther Martin, III, 1938 recipient of the Honor Cup Award and former president of the Associated University of Pennsylvania Clubs, presented the 1911 Cup, now inscribed with 37 names, to University President Gaylord P. Harnwell on May 24, 1955, for prominent display in Houston Hall. 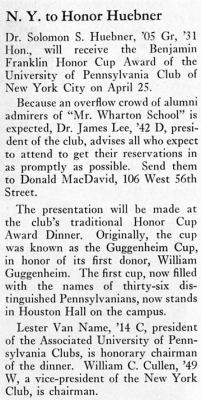 According to the October 1994 issue of The Pennsylvania Gazette, incoming University President Judith Seitz Rodin presented a new Guggenheim Honor Cup to Alvin V. Shoemaker, chairman of the University’s trustees, at the Founders First Night Celebration, a reception celebrating the opening of the Penn Club of New York building at 30 West 44th Street, on June 1, 1994. The reception was presided over by four once-or-future Penn presidents: Martin Meyerson, Francis Sheldon Hackney, Claire M. Fagin, and Rodin. On accepting the Award, Shoemaker, who had been a driving force behind the opening of the new club, commented, “This is not something that we did for the people in this room. This is a club that was done for the next generation.” 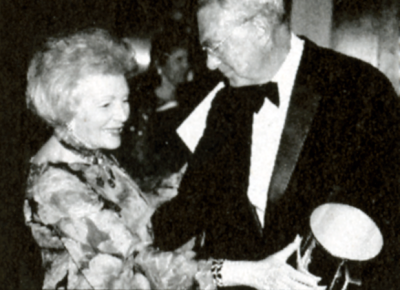 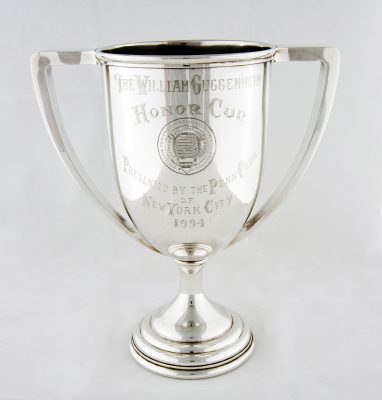 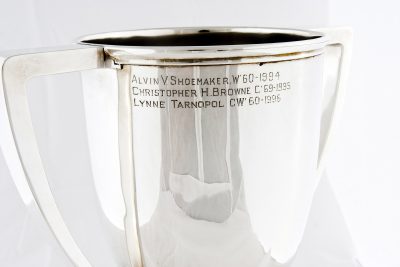