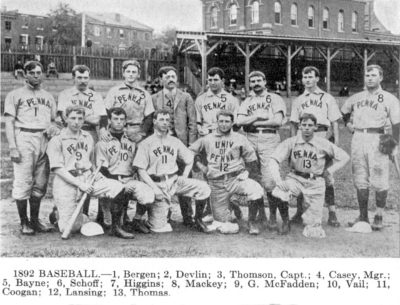 Penn was teetering on and around a .500 record all season, but after the April 23 win against Fordham they never found themselves below again. They finished with 14 wins, 12 losses, and 1 tie. They managed to shutout Princeton on the Tigers’ home field, but were shutout 3 times themselves.

Two members of this team, Danny Coogan and Roy Thomas, both went on to play professional baseball and then returned to Penn to coach baseball in the first decade of the next century.