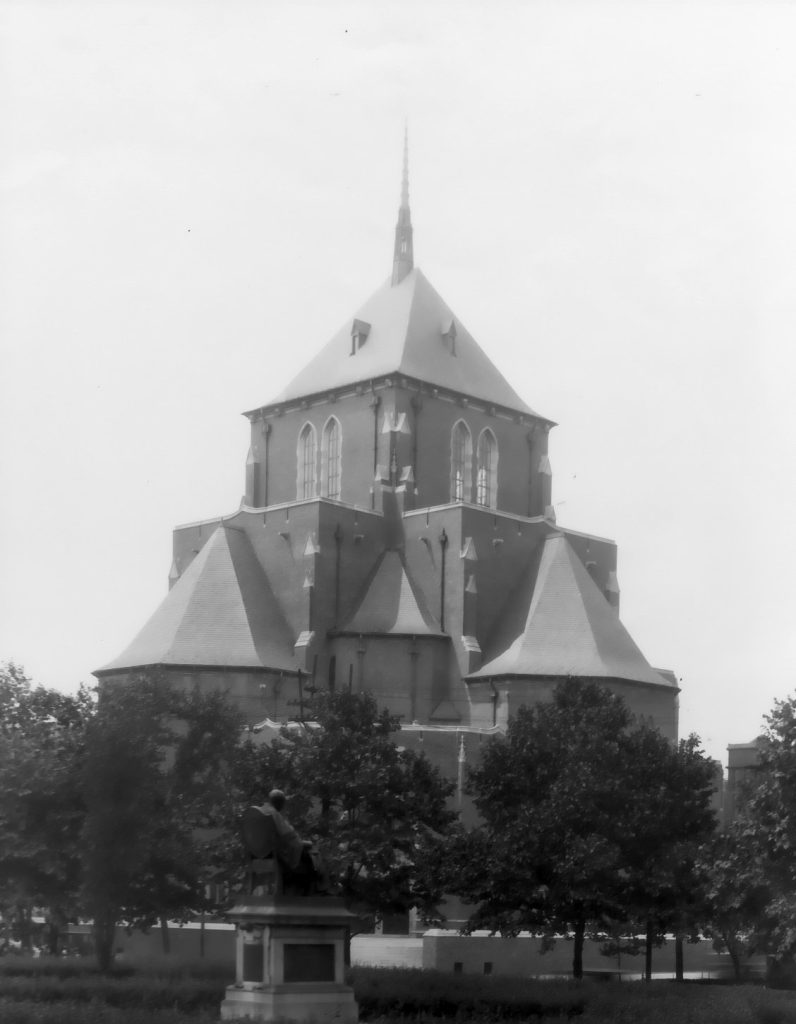 Horace Trumbauer was born in Philadelphia in 1868. At age sixteen, after being educated in Philadelphia public schools, he began work in the architectural firm of G.W. and W.D. Hewitt.

In 1890 Trumbauer set off as an independent architect, working with Wendell & Smith, builders and developers of residential developments in the Pelham and Overbrook neighborhoods of Philadelphia and in the suburbs of St. Davids and Wayne. Trumbauer’s success with this work led to much larger commissions, and soon Trumbauer was known for his work on large residences for wealthy clients both in Philadelphia and Newport, Rhode Island. He was adept at designing in a variety of styles, including Georgian Revival and a number of French styles from the seventeenth and eighteenth centuries. Later Trumbauer and his firm expanded the scope their work to include institutional buildings such as the the Free Library at Logan Circle, buildings at Harvard and Duke Universities, hotels, and even a hospital.

At the University of Pennsylvania, Trumbauer is best known as the architect of Irvine Auditorium (built 1926-1932). He also designed these campus buildings:

Trumbauer employed a number of graduates of the School of Architecture at Penn, including Julian Abele, the first African American graduate of that school.