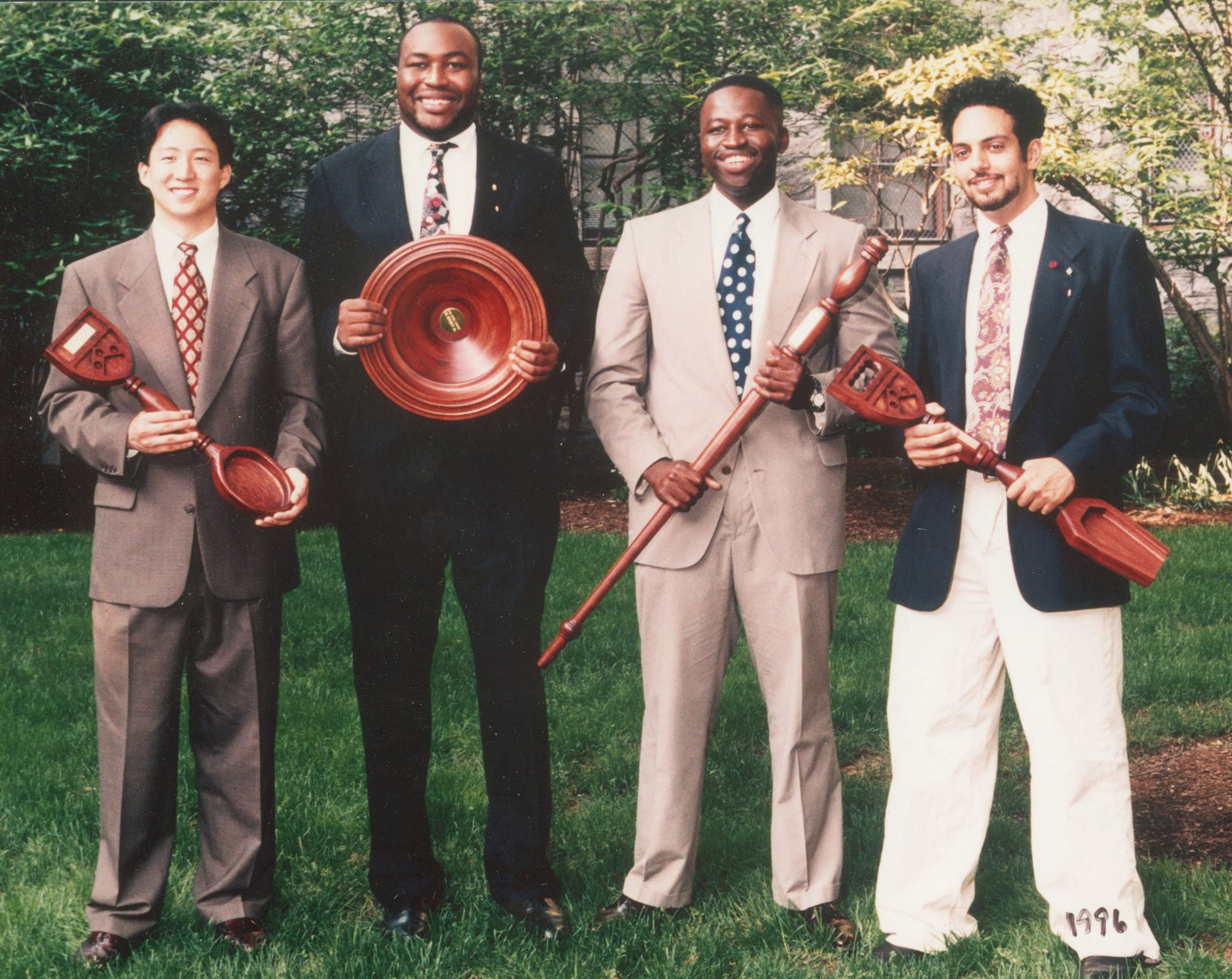 Penn is ranked 6th in the nation among colleges at “National Universities” by the U.S. News and World Report in 1999. It is clear that Penn in its present form, is serious about not only conveying knowledge but also advancing its frontiers. To understand the University of Pennsylvania as it is at present, it is important to understand its past. How did Penn become the sixth ranked college in the nation? Today, one can recognize Penn as a highly regarded academic research institution devoted to higher learning and the discovery of new knowledge. Penn’s Arts and Sciences program is the largest division of what is considered by many to be one of the finest undergraduate programs in the country.

But if we could speak to someone involved with the academic world fifty or one hundred years ago, he or she would undoubtedly wonder how this would ever become possible. In 1940, even the majority of Penn’s own graduates living in the Philadelphia area (who participated in a local social poll) preferred the “Big Three” (Harvard, Yale, and Princeton) to the university they had attended. Is it conceivable that the same Penn, which even in 1963, “might be acknowledged as one of the top dozen [universities]; but beyond this it would really not be safe to go,” can today, actually be ranked above Columbia, when thirty-six years earlier it was proclaimed, “University of Pennsylvania is not either Harvard or Columbia . . ..” Has Penn changed that much?

At mid-century, the undergraduate experience at Penn had developed in a relatively short span of time as far as universities go. In 1948, Penn was defined by three prevailing characteristics.

The first was the academic aura of the University. Penn was home to a full-time undergraduate student body which totaled 6940 students; 5626 of them were male and 1314 of them were female. The undergraduate College was for males only while the females were enrolled in the College for Women which shared the same West Philadelphia campus. Penn’s College was primarily made up of undergraduate professional schools, which included Wharton, the famous Finance and Commerce program for future business people.

The second significant characteristic of undergraduate life was the social aspect. The major locus of social congregation and lodging was to be found in the abundant fraternities and sororities of the University. The 34 fraternities and 14 sororities boarded more than a third of the population of the undergraduates enrolled at Penn. The fraternities and sororities brought a sense of belonging and collegiate distinctiveness with their various acronyms. Official University housing for the students was confined to the two major residences, Sargeant Hall for women and the Quadrangle for the men. Recently enlarged Houston Hall was available to the male student organizations and also to hosted social events such as dances, movies, or plays. Houston Hall provided the male residents with a post-office, a notary public, barber shop and library.

The last and perhaps most readily acclaimed factor of undergraduate life was Penn’s football team which for years enjoyed a legacy of success, both in terms of record and its financial contribution to the University. 1948-1949 was to be, however, Penn’s final glorious football season. Most people affiliated with the University, were not cognizant of this looming prospect, as big-time football was on the way out, in part because financial tides were changing and the football receipts had not brought in the kind of money flow that they once had in the 20s. There was a complementary relationship between undergraduate social life and the academic programs which were popular among the undergraduates.