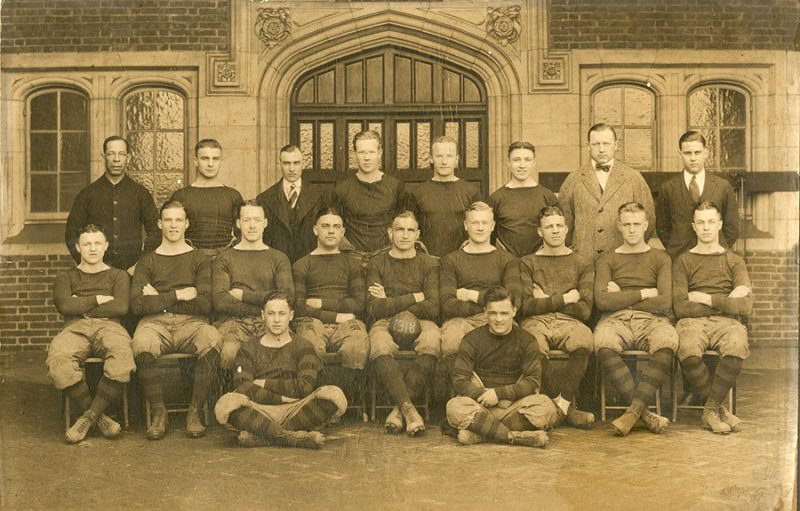 The influenza epidemic affected Penn’s campus in many ways. Surprisingly, one of the most significant impacts was the interruption of sports seasons, especially football. The ban on public gatherings affected Penn’s football team, as well as other teams nearby and across the country.

The formal opening game of the Penn football season was cancelled three times, against the Marine Corps, Bucknell, and Swarthmore respectively, due to Health Director Krusen’s judgment. On October 18, an article in the Daily Pennsylvanian stated, “It was hoped that the epidemic influenza would have abated sufficiently by tomorrow to warrant the game, but when the number of new cases showed a slight increase yesterday, the [health] authorities requested that the game be cancelled”.

On October 23, the Daily Pennsylvanian reported that the Board of Health had a meeting and decided to raise the ban on athletic contests. However, the next day, this turned out to be just a rumor, and the next scheduled football game was also cancelled.

After four weeks, on November 2, the ban on college football games was lifted and the intercollegiate football season finally began.

The influenza epidemic affected other Penn sports teams as well, although none of them were as widely felt as football. The coach of the varsity crew team took time off because his wife contracted the illness, and the Daily Pennsylvanian predicted that there would be no crew season for the fall of 1918. One of Penn’s runners on the track team also contracted influenza and had to miss a track meet. All soccer games in the National League were postponed as well, given both the Board of Health orders and the fact that influenza was spreading throughout players. The pool was also shut down as to prevent the spread influenza, so the swimming season was held up as well.