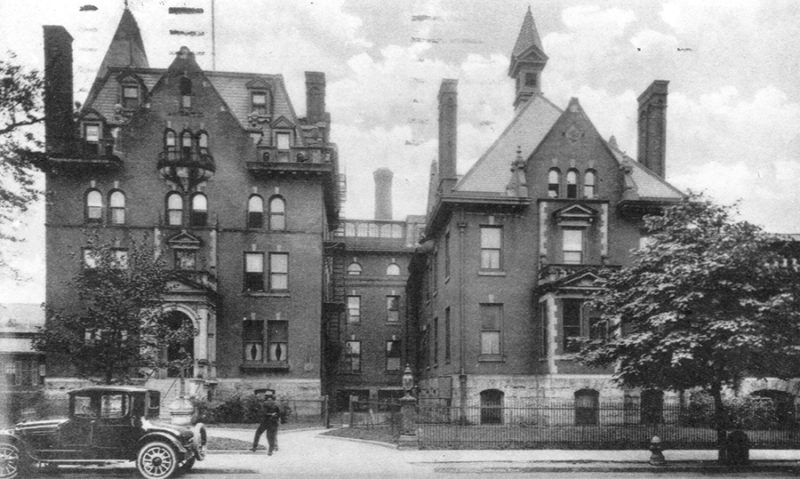 The Presbyterian Hospital faced influx of patients due to the influenza epidemic in Philadelphia. As in all Philadelphia Hospital, October saw an onslaught of patients from the epidemic, as facilities coped with staffing shortages.

Doctors and nurses focused on influenza and pneumonia cases that came into the hospital. Only emergency surgeries were accepted, because the hospital’s resources were all put into taking care of influenza patients. Every room of the hospital was filled, and beds were even added to waiting rooms. The Superintendent reported that “The epidemic of the past ten days has tested our facilities to the limit”. The hospital took care of 340 patients, which was the maximum number of patients it had ever treated at a time.

Out of 175 total patients from October 5 to October 15, 144 were either influenza or pneumonia. Within this period, there were 50 deaths. Although this produced an extremely high mortality rate, the hospital reported that this was due to the fact that many of the admitted cases were already advanced by the time they came to the hospital. A report to the Board of Trustees stated, “On the whole, and in spite of many handicaps we have been able to handle the situation in a comparatively satisfactory manner”.

Knowing the strain that influenza had on hospitals, many people volunteered to help at Presbyterian. The Directress of nurses judged that the nurses could handle their jobs without outside help, so most of the volunteers helped with tasks such as washing dishes.

On October 31, classes and lectures at the Presbyterian Hospital resumed. Within a few days, hospital conditions returned to normal.