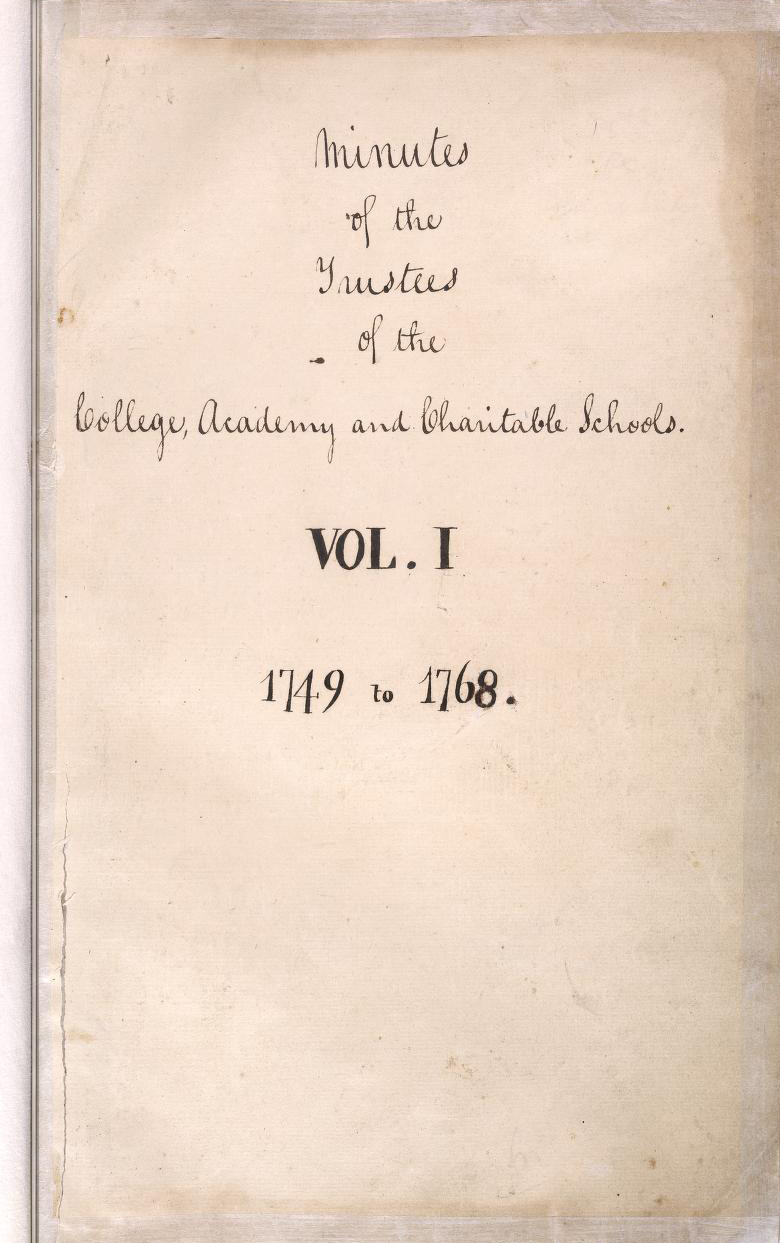 Trustees of the University of Pennsylvania Minute Books, volume 1, 1749-1768
Get more image details

To create the web pages relating to the people and places that made up Penn in the 18th century, a number of sources were used. Many of the original documents can be read in their entirety on-line on the Penn in the 18th Century site, a related exhibit created jointly through SCETI by the University Archives and the Kislak Center at the Penn Library.

In general, sources for this Penn in the 18th Century exhibit (biographies and histories of the Charitable School, Academy, College and then University) have been limited to sources held at the Penn Archives.

In an effort to combat the potential for errors, when there has been any doubt about a given source, every effort has been made to find at least one other reference as a check for the information. Many sources provide redundant information. Any researcher can consult the sources used in the creation of these Web pages. Below is a list of the major primary and secondary sources, with citations and descriptions, including information on each work’s organization and accuracy. Whenever information for a biography was drawn from a source not listed here, each supplementary source is cited on the biography page itself.

For a full listing and description of University Archives documents dating from the 18th century consult the online Guide to the Archives General Collection of the University of Pennsylvania, 1749-1820.

Many key primary documents from the University Archives and from the University of Pennsylvania Library’s Rare Books and Manuscripts department may be viewed online on the Penn in the 18th Century site. Included are Charters and Constitutions, Trustees Minutes, Tuition Books, curriculum and commencement materials, and documents written by Benjamin Franklin, William Smith and others.

The following are the key documents:

Other documents are available online, including: