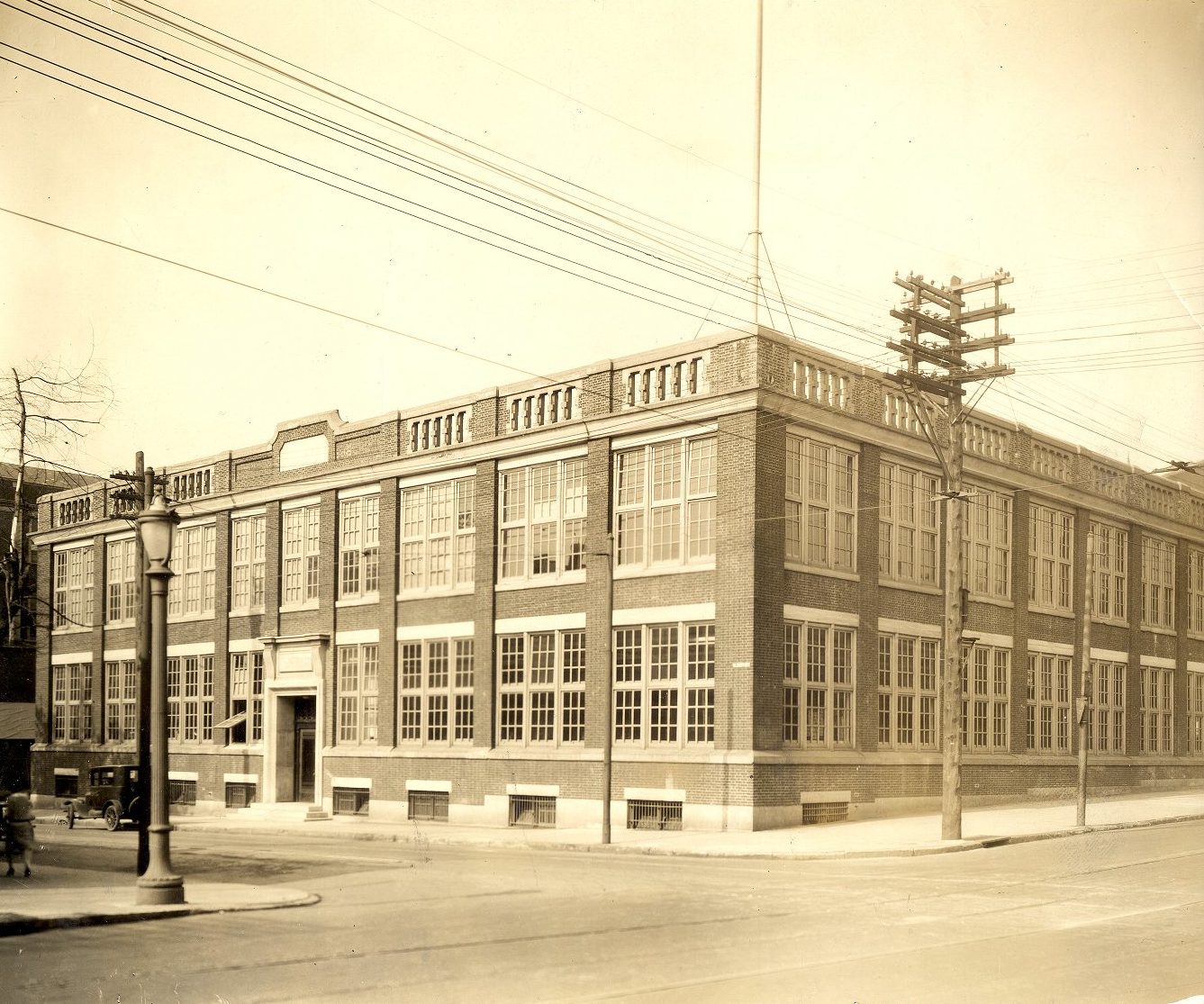 The University of Pennsylvania established the Department of Electrical Engineering in 1914 as part of the Towne Scientific School. Prior to that date, electrical engineering had been taught in the Department of Mechanical and Electrical Engineering. Over the next nine years the Department grew steadily within the School. In 1923 the University was approached by the Board of Trustees for the Alfred Fitler Moore Estate with the proposal of establishing a school of electrical engineering in Moore’s name with financial assistance from his will. The school officially opened in 1924 as the Moore School of Electrical Engineering. Initially housed in the Towne School Building, the Moore School moved into the renovated Pepper Musical Instrument Factory on the corner of 33rd and Walnut Streets in 1926.

In 1935 the Moore School completed the Differential Analyzer – the world’s largest mechanical computation machine. The reliability of the Analyzer resulted in contract work for various University departments, private companies, and government agencies. In the early 1940s the Army Ballistic Research Laboratory contracted the Differential Analyzer to calculate artillery firing tables. From this work came the contract for the school to design and construct ENIAC (Electronic Numerical Integrator and Computer) in 1943. The Moore School would go on to design EDVAC (Electronic Discrete Variable Automatic Computer) in 1946 and MSAC (Moore School Automatic Computer) in 1950. In 1973 the University restructured the engineering schools as the School of Engineering and Applied Sciences – with the Moore School again becoming the Department of Electrical Engineering.

The Moore School of Engineering, Office of the Director Records documents the activities of the Moore School of Electrical Engineering during the early twentieth century. Of particular note is the schools early involvement with computers: notably ENIAC, EDVAC, and MSAC. The General series contains records related to the administrative and academic activities of the school, particularly during World War II. The Computer Museum series focuses on the efforts of the Moore School in the 1970s to establish a museum and archive on the school’s work on early computers. This museum, to be housed in the Moore School Building, did not advance beyond the design phase. The Project series documents a number of the Moore School’s major research projects from the 1940s to 1950s, many of which were funded by the federal government. The Projects series is organized into six sub-series that focus on the work done by the school between the 1930s and 1950s, most notably relating to the Differential Analyzer Laboratory, ENIAC, EDVAC, and MSAC. These sub-series contain reports, research notes, correspondence, and drawings related to the design and operation of the specific systems. The General sub-series contains reports, drawings, research notes, and correspondence for projects that can not be assigned to one of the five major projects noted above, or relate to multiple projects (such as with ENIAC and EDVAC). The Rolled Drawings sub-series contains a series of rolled blueprints and mechanical drawings from various projects.

Every effort has been made to group all records together based on project number and / or name. Those which could not be attributed to a particular project were grouped into the Projects General sub-series.

Many of the drawings and blueprints in this collection are oversized, and beyond the ability of the University Archives to reproduce in-house.