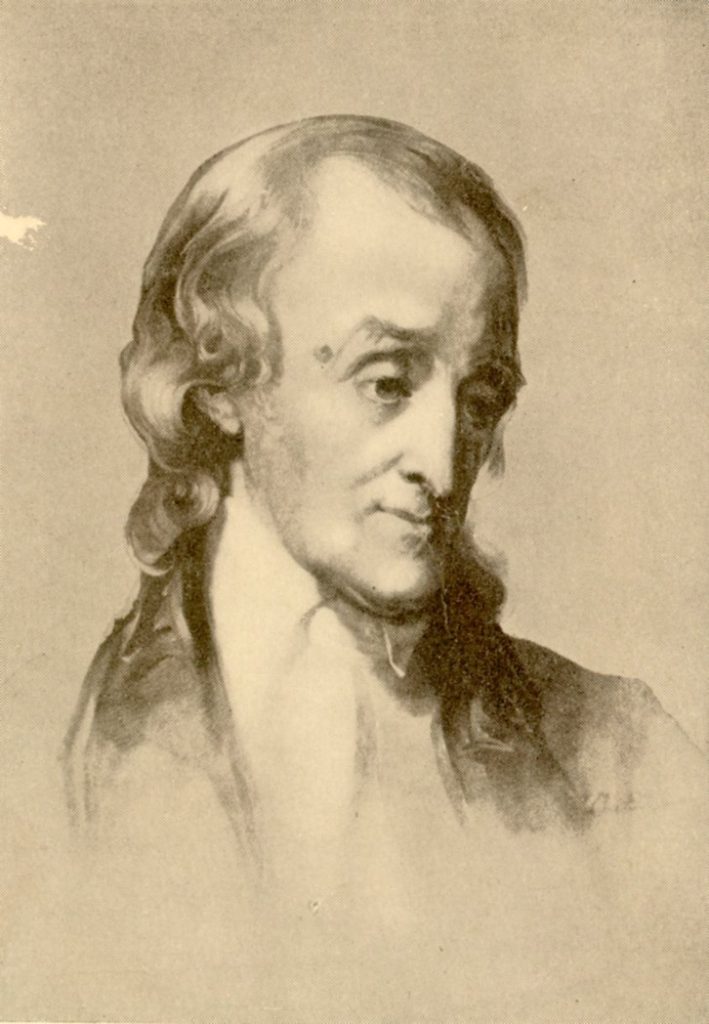 William White was born in 1748 at Philadelphia, the son of Esther Hewlings and Colonel Thomas White, a lawyer and surveyor. He received his education at the College of Philadelphia (now the University of Pennsylvania), graduating in 1765 and then studying theology with Provost William Smith and with the rector and assistant of Christ Church in Philadelphia. He then traveled to Britain for his 1772 ordination. Upon his return to Philadelphia, White married Mary Harrison in 1773; together they had eight children.

In the turmoil that marked the eve of the American Revolution, the young Rev. White became known as a moderate revolutionary. White was concerned that the war not split the American branch of the Anglican church from that in Britain. He devoted much of his efforts to keep the church unified in America, and in accord with the wishes of the bishops in Britain. Immediately after his ordination White had been appointed assistant minister of Christ Church; when the Loyalist rector departed in 1779, White took on that position. He remained rector of the united parishes of St. Peter’s and Christ Church until his death. He was also named chaplain to the Continental Congress.

White was not an inspiring preacher, but he was an excellent theologian and talented organizer. Because of his pragmatism and his pursuit of denominational harmony, White was one of the leaders in working out the post-Revolution relationship of the Anglican church in the colonies to the Anglican church in England. His printed writings urged that the American church be able to ordain clergy without bishops if the situation called for such a measure. Even though many disagreed with this view, White was instrumental in keeping organizational efforts moving forward. White was also a member of the American Philosophical Society and one of the first people involved in prison ministry in the city.

White was elected president of the first General Convention of the Protestant Episcopal Church which met in Philadelphia in 1785, and there helped author the constitution of the emerging American church. The convention of the diocese of Pennsylvania elected White its bishop the following year; consecration followed at Lambeth in England in 1787. He was presiding bishop of the Protestant Episcopal church from 1795 to 1836.