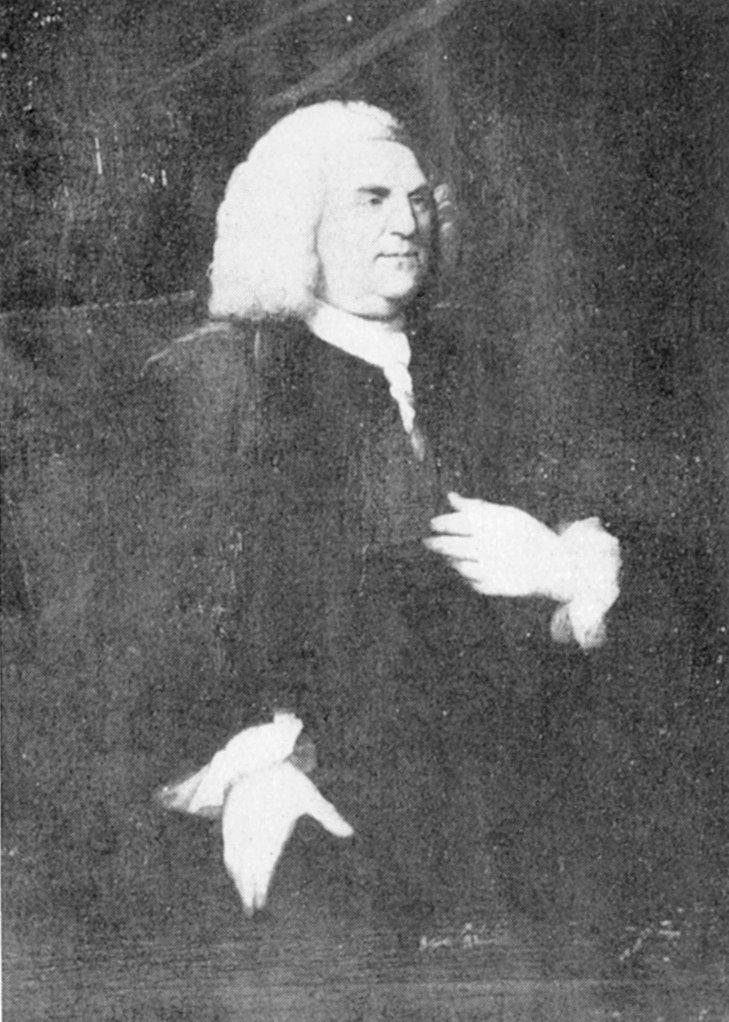 William Allen was born in Philadelphia in 1704, the son of merchant William Allen. After studying law at the Middle Temple in London, he returned to Philadelphia around 1726. Through inheritance and investment in trade, land, agriculture, industry, and (during times of war) privateering, Allen became the wealthiest man in the Philadelphia. He used his money to support many public interests including building the state house (Independence Hall), and establishing the Pennsylvania Hospital, and the Academy and College of Philadelphia (now the University of Pennsylvania). Three of his sons — Andrew, James, and John — attended the Academy from its opening and continued in the College, earning their A.B. degrees in 1759.

Before the Revolutionary War Allen held many public offices, including city councilman, mayor, city recorder, and provincial assemblyman. Additionally, he was favored by the proprietors with a number of judicial appointments, including judge of the Orphans’ Court and Common Pleas as well as Chief Justice of the Supreme Court.

During the war with Spain, when he headed the Anti-Quaker party, he vied with Isaac Norris the younger for a seat in Pennsylvania’s provincial Assembly; during this 1742 election he barely cleared himself of responsibility for the rioting that occurred.

In early disputes between the colonies and their mother country, he sided strongly with the colonists. In spite of that, he was opposed to the Declaration of Independence, and after its passage he retired from public life to return to England. In 1779 he revisited Philadelphia and, by adding a codicil to his will, freed the enslaved people he owned at his death the following year.