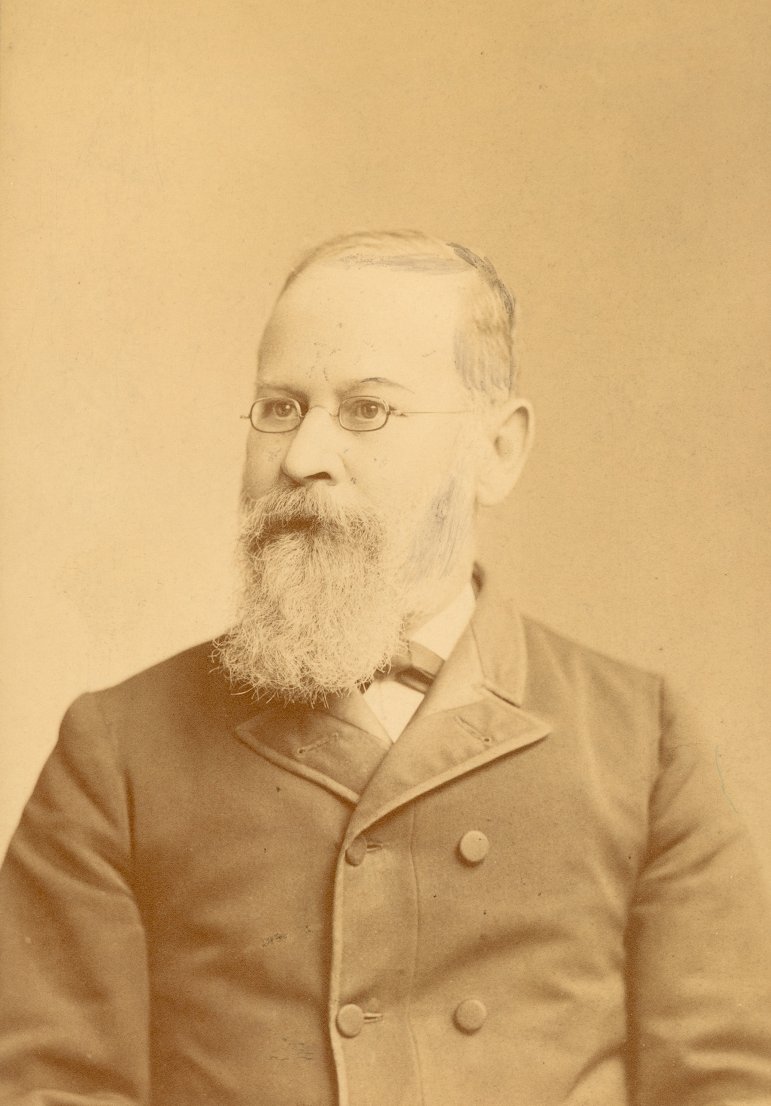 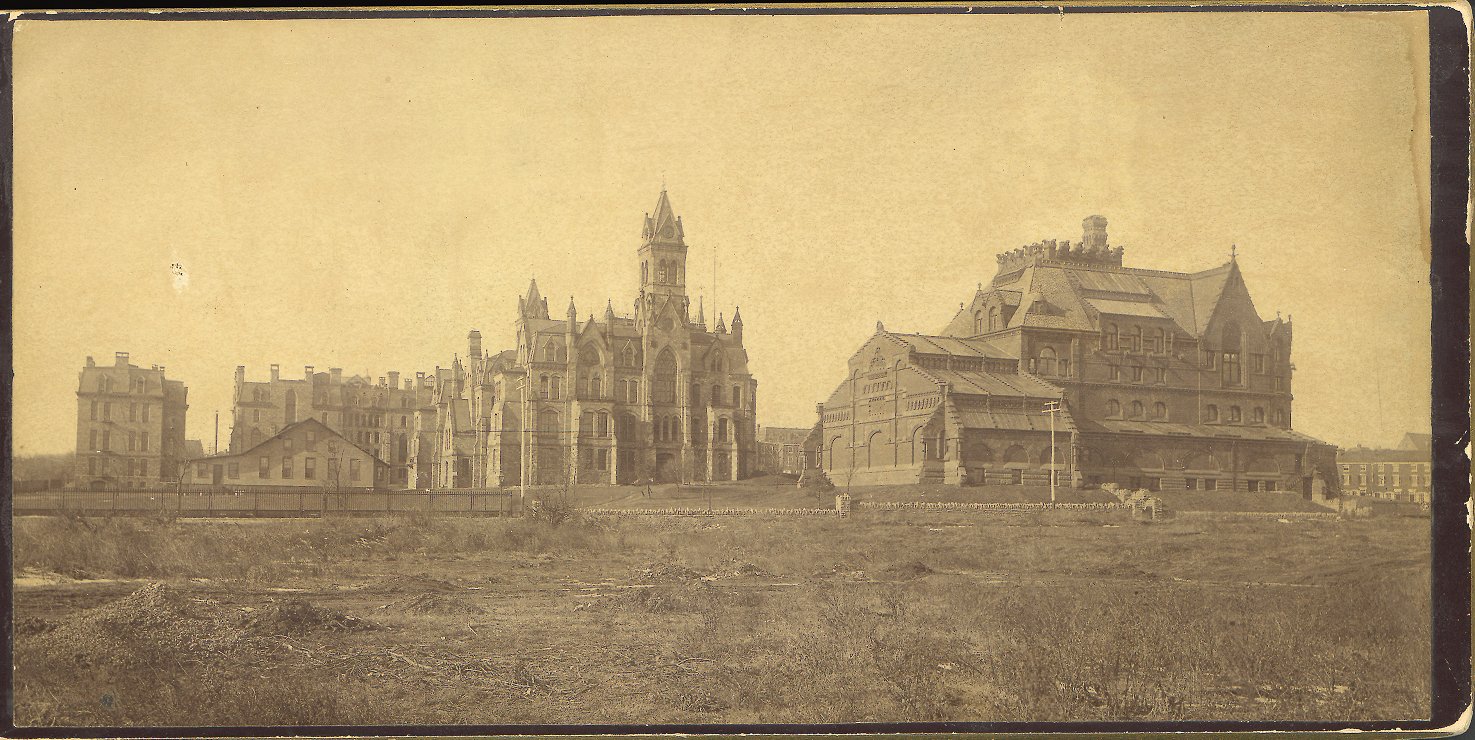 Thomas Webb Richards was born in 1836. He received his first training in architecture in the office of Samuel Sloan, a Philadelphia architect. In 1860 he moved to Baltimore where he formed a partnership with William T. Murdock.

Richards built four of the first buildings on Penn’s West Philadelphia campus. In 1870 he won the commission for College Hall (built 1871-1872). He also designed Logan Hall (built as Medical Hall in 1873-1874), the Robert Hare Laboratory (built 1877-1878), and the original Hospital of the University of Pennsylvania building (built c. 1872-1874). Hare Laboratory has been replaced by Williams Hall, the dining hall by Houston Hall, and the original hospital by newer buildings.