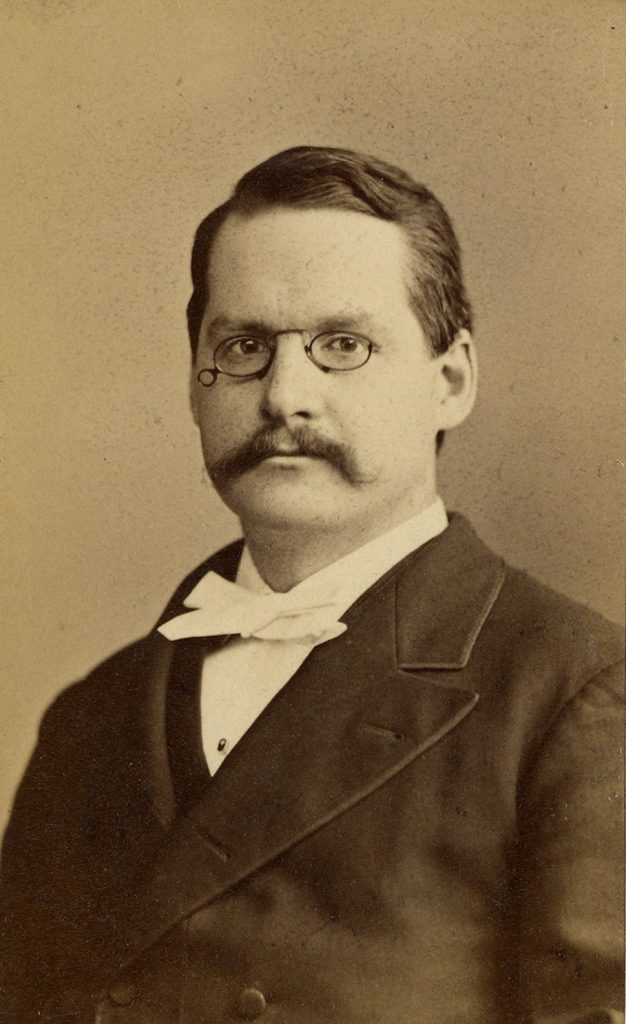 Otis Howard Kendall was born in Philadelphia on December 18, 1846, the only child of Ezra Otis Kendall, LL.D. (hon.), and his wife Emma Lavinia Dick. The senior Kendall was named a professor of mathematics at Penn in 1855 and also served as vice provost.

Otis Howard Kendall entered the College with the Class of 1866 and graduated from Penn’s Law School in 1868. While at Penn he was active in the Philomathean Society and in the Phi Kappa Psi fraternity. He joined his father on Penn’s mathematics faculty in 1875. After two years as a mathematics instructor, the younger Kendall held the position of assistant professor of mathematics from 1877 to 1889. He later became headmaster of the American Faculty of Actuaries in Philadelphia.

According to the U.S. Census and Philadelphia City Directories, Otis Howard Kendall lived with his parents in Germantown in 1870, and then at 3826 Locust Street during the 1880s and 1890s. He died here on April 15, 1897.