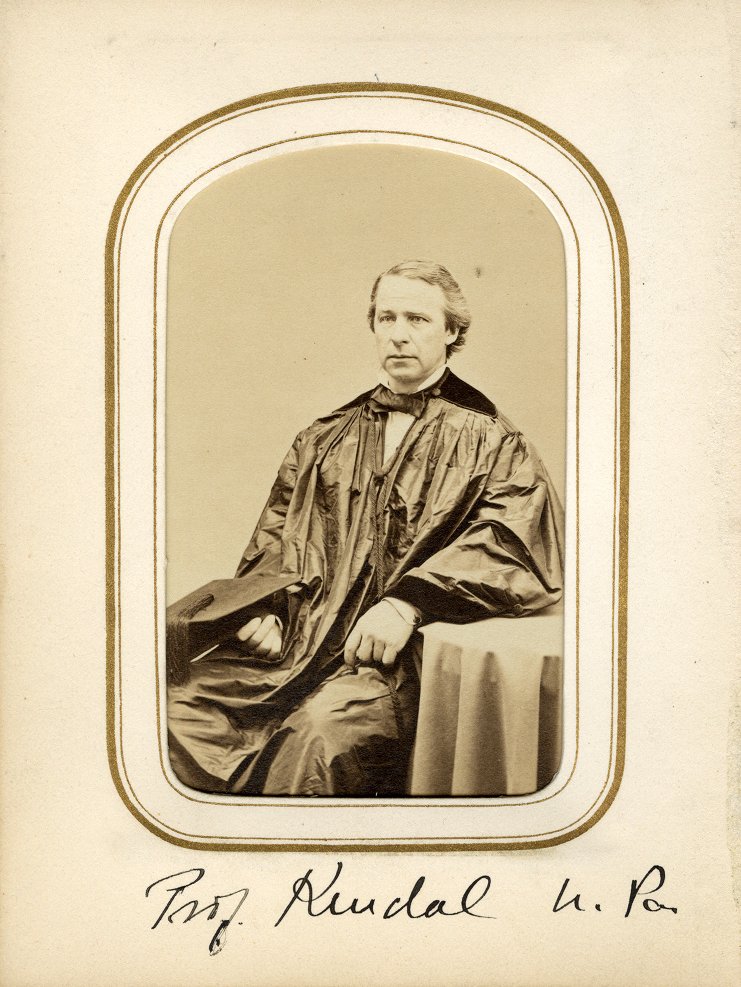 Ezra Otis Kendall was born in Wilmington, Massachusetts, May 15, 1818. He was educated at the academies of Woburn and Weymouth in Massachusetts, and briefly taught at Weymouth. In 1835, Kendall came to Philadelphia to teach at the school for boys established by his half-brother, Sears C. Walker. When Central High School was opened in 1838, Kendall was appointed professor of theoretical mathematics and astronomy there. During his time at Central High School, its observatory was recognized as one the best connected with any educational institution in North America.

In 1855, Kendall was elected a professor of mathematics at the University of Pennsylvania. He was the first to be appointed to the Thomas A. Scott Professorship of Mathematics when it was created in 1881 and then to the Flower Professorship of Astronomy in 1892. He also served as dean of the College from 1883 to 1889 and as vice provost from 1883 to 1884. In 1888, the University of Pennsylvania granted Kendall an honorary degree as a Doctor of Laws. Throughout his tenure, he was a frequent contributor to mathematics and astronomy journals. Kendall became an emeritus professor in 1896, and died January 5, 1899.