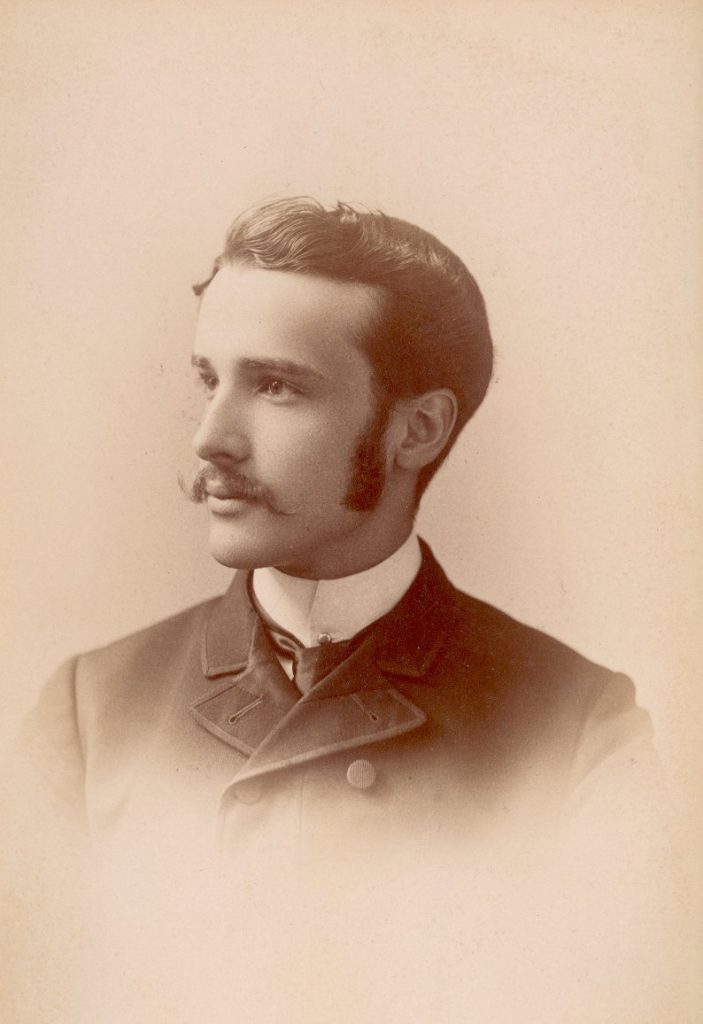 Oliver Huckel was born January 11, 1864, in the Frankford section of Philadelphia. He matriculated at Penn in the fall of 1874 as a sophomore with the Class of 1887. During his time at Penn, Huckel won numerous student prizes and was one of the first editors of The Pennsylvanian, the precursor to today’s Daily Pennsylvanian. According to the 1887 yearbook, he served as the poet for the Class of 1887 and was named the orator for both Penn’s celebration of George Washington’s birthday and also his class’s commencement. He earned the degree of Bachelor of Arts in the spring of 1887.

Following his graduation from Penn, Huckel attended seminary at Harvard University and Andover Theological Seminary. In 1890 he was ordained a Congregationalist minister, received his Master of Arts degree from Penn, and earned the degree of Bachelor of Sacred Theology from Boston University. After his ordination, Huckel became pastor of a church in Weymouth, Massachusetts, where he remained until 1894 when he left the United States to continue his education at the University of Berlin in Germany and at Oxford in England.

Upon his return to America in 1896, Huckel briefly pastored a congregation in Amherst, Massachusetts. The following year he moved on to become the pastor of the Associate Congregational Church in Baltimore, Maryland, where he remained for twenty years. During his twenty years in Baltimore, Huckel published numerous books and articles. Among his favorite subjects were books about Wagner operas; he wrote nine books on Wagner’s operas, and articles focusing on the religious identity of the founder of his alma mater, Benjamin Franklin. One of Huckel’s articles on Franklin focused Franklin’s relationship with Great Awakening preacher George Whitefield. Huckel posed the two as friends to demonstrate that Franklin was, in reality, a spiritual and religious man contrary to how Franklin appears in his autobiography.

While he was still serving as the pastor of the Associate Congregational Church in Baltimore, Huckel also served as the George Dana Boardman lecturer on Christian Ethics at Penn in 1906. The following year, 1907, he was given the honorary degree of Sacred Doctor of Theology by the University.

In 1917, Huckel left Baltimore for the Second Congregational Church of Greenwich, Connecticut. During his tenure in Connecticut, Huckel was very well liked by his congregation who expressed their sadness when Huckel retired in 1935 to focus on his writing. During his career, Huckel also served as the college chaplain at Johns Hopkins University, Cornell University, and the University of Virginia, and gave guest lectures at a number of colleges and universities. He also represented his congregations at an assortment of Congregationalist conventions through the United States. Huckel died at the age of 76 in 1940 in Orlando, Florida.