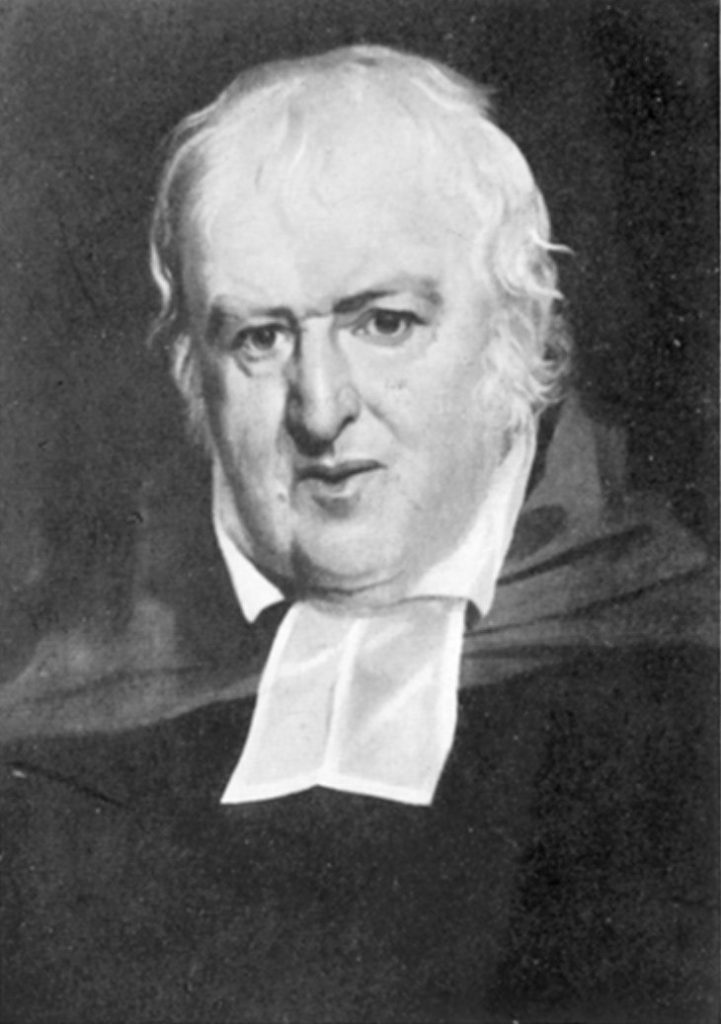 John Andrews, the son of Moses and Letitia Andrews, was born in Cecil County, Maryland, on April 1, 1746. He entered the College of Philadelphia in 1762, graduating in 1765 with a bachelor of arts. Two years later, a master’s degree was conferred upon him in course. During his undergraduate years he acted as a tutor in the Academy.

In February 1767, Andrews was ordained an Episcopal clergyman in London, England. His first parish was at Lewes, Delaware, where he performed missionary work for three years. He then became rector of St. John’s Church in Queen Anne County, Maryland. Withdrawing from active service in the church during the Revolutionary War, Andrews opened the first classical school west of the Susquehanna River, which subsequently evolved into the York County Academy. After receiving the degree of doctor of divinity from Washington College in Maryland in 1785, Andrews became headmaster of the Academy of the Protestant Episcopal Church of Philadelphia, where he remained until 1789. He was elected a member of the Philosophical Society in 1786.

In 1789, Andrews returned to the College as a professor of moral philosophy and vice provost. He was known to be one of the greatest classical scholars in the country and had great skill and experience in teaching. One of his pupils, John McAllister, described Andrews as “tall and dignified and courteous, honest in opinions, of good judgment, benevolent, cheerful, and a fine conversationalist.” Andrews was also a great admirer of the Constitution, which he recommended and illustrated with great force and ability in his lectures on politics.

In December of 1810, Andrews was unanimously elected the fourth provost of the University, succeeding Dr. John McDowell, who had resigned. However, impaired health curtailed his usefulness at this post, and on February 2, 1813, he presented his resignation to the Board of Trustees. In accepting it, the Board testified their high estimate of his character and services, deciding to allow him to retain his office until a suitable successor could be found. Before this could be done, Andrews died of apoplexy, on March 29, and was buried on March 31 in Christ Church.

Aside from his many printed sermons, Andrews published some of his addresses to graduating classes in the University. He is also the author of Elements of Logic, published in 1800, and Elements of Rhetoric and Belles Lettres, published in 1813. Andrews married Elizabeth, daughter of Robert and Frances Callender of Carlisle, Pennsylvania in 1772.