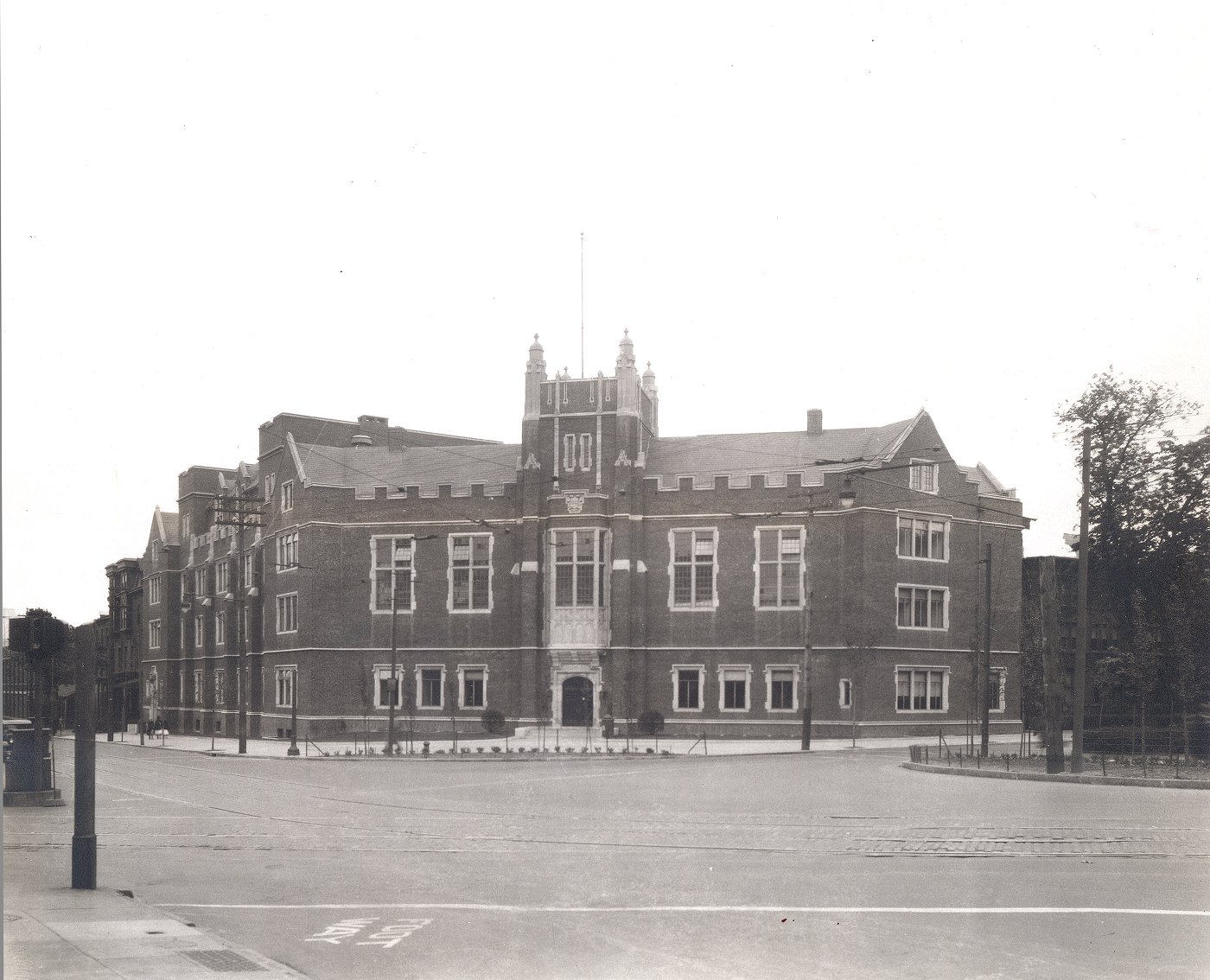 George Bispham Page was born in Philadelphia in 1870 and educated at Episcopal Academy. For seven years after his high school graduation, Page worked as a draftsman for the firm of Cope and Stewardson. He also worked briefly in firms run by Theophilus Parsons Chandler and Frank Miles Day. In 1894 he became the second recipient of the John Stewardson Traveling Scholarship, which allowed him to spend about two years in Europe observing and studying architecture, including about eight months in the Atelier Laloux in the École des Beaux Arts.

When he returned to Philadelphia, he opened his own firm. In 1912 he joined Emlyn Stewardson to form Stewardson and Page. Although Page had previously done primarily residential work, his partnership with Stewardson led to his involvement in institutional design. As a member of Stewardson and Page, Page was part of the design team for Bennett Hall (built 1925) in the collegiate style.

The following year the firm won the medal of the Philadelphia Chapter of the AIA for their design for the new building for the Insurance Co. of North America in Philadelphia. After Stewardson’s death in 1936, Page continued to operate the firm for a number of years. He was a member of the T-Square Club and the American Institute of Architects.