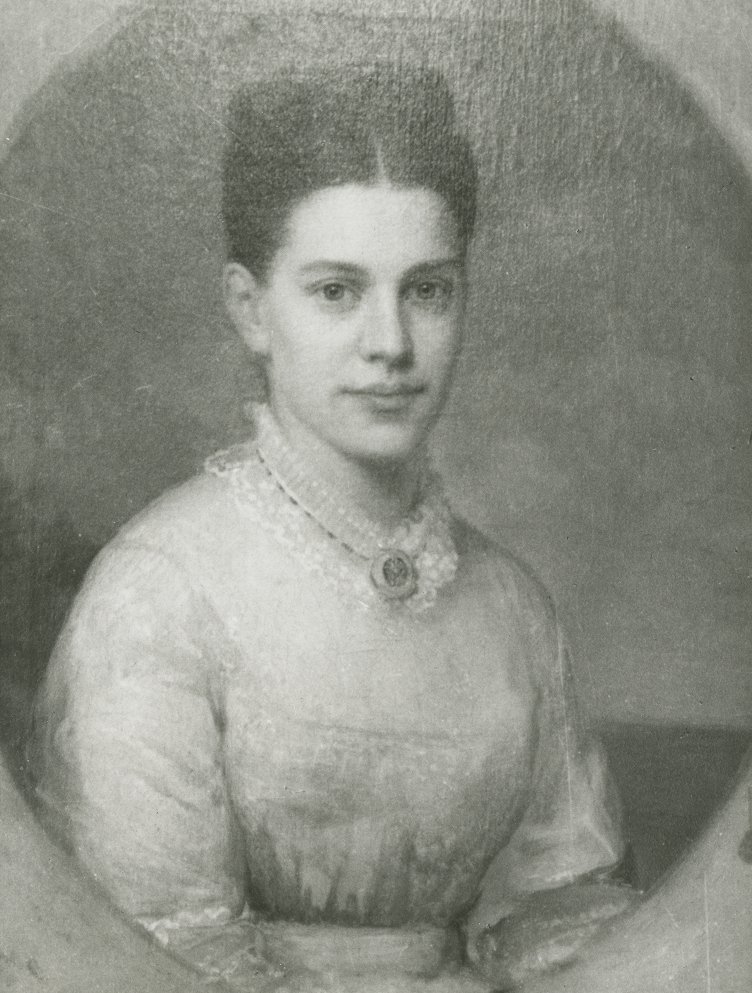 Fanny Rysam Mulford Hitchcock was born on November 7, 1851, to Julius and Elizabeth Hitchcock. She entered the University of Pennsylvania in 1890 as an undergraduate student in biology, but switched in the fall of 1891 to the Graduate School of Arts and Sciences. Hitchcock was a member of the Kappa Kappa Gamma sorority and the Sigma Xi scientific research society during her time at Penn. Upon graduating in 1894, she became the first woman to receive a Doctor of Philosophy in Chemistry from the University.

Hitchcock completed post-graduate work in chemistry at the University of Berlin before being elected by the trustees of the University of Pennsylvania to the Board of Managers of the Graduate Department for Women in October 1897. The following year Hitchcock became Penn’s first Director of Women Students.

Hitchcock’s financial support was essential in establishing a women’s athletics program at Penn. In 1899, she authorized the use of a temporary gymnasium for women at 3903 Locust Street rent free. Use of this space by Penn women continued until 1901 when Hitchcock stepped down as Director of Women Students. It was in that year that the trustees of the University had rejected her proposal for one or more undergraduate courses of study for women, adopting the following resolution:

That while highly appreciating the generous offer made by Miss [Fanny Rysam Mulford] Hitchcock for establishment of one or more undergraduate courses for women, leading to a degree in Arts or Science, the Trustees of the University of Pennsylvania, after careful consultation with the officers of instruction and government, are unable to recede from the position announced by them in previous years; viz., that they would undertake the establishment of a separate College for Women as soon as they should be provided with adequate funds for that purpose. They cannot regard the plan proposed by Miss Hitchcock as within the lines of their declared policy, and therefore, with much regret, and a sincere sympathy in her desire to advance the education of women, are obliged to withhold their approval of the particular plan proposed by her in her communication of February 26, 1901.

Hitchcock maintained a well-equipped scientific laboratory in her home in Philadelphia for many years and was the author of articles in various scientific publications. She was a fellow of the New York Academy of Science and the American Association for the Advancement of Science. Hitchcock showed continued interest in the women of the University of Pennsylvania, making several gifts throughout her lifetime, including the donation of some of the contents of her lab in 1921 “to eventually become a part of a ‘women’s fund’ or a ‘women’s college’ if such fund or college is ever established by the trustees of the University of Pennsylvania.” She was also known to have paid the expenses of numerous deserving students whose financial circumstances would otherwise have prevented them from attending college.