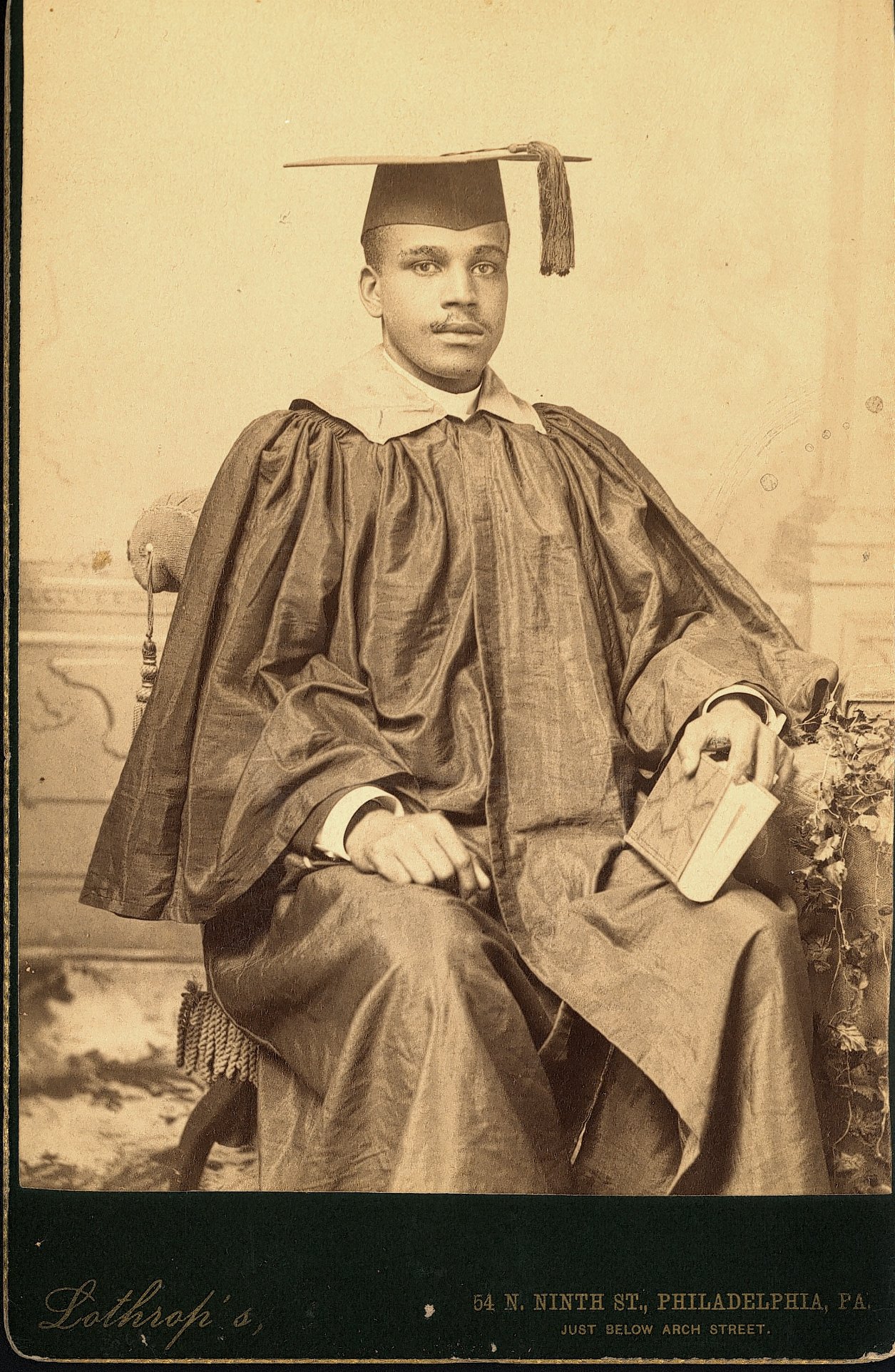 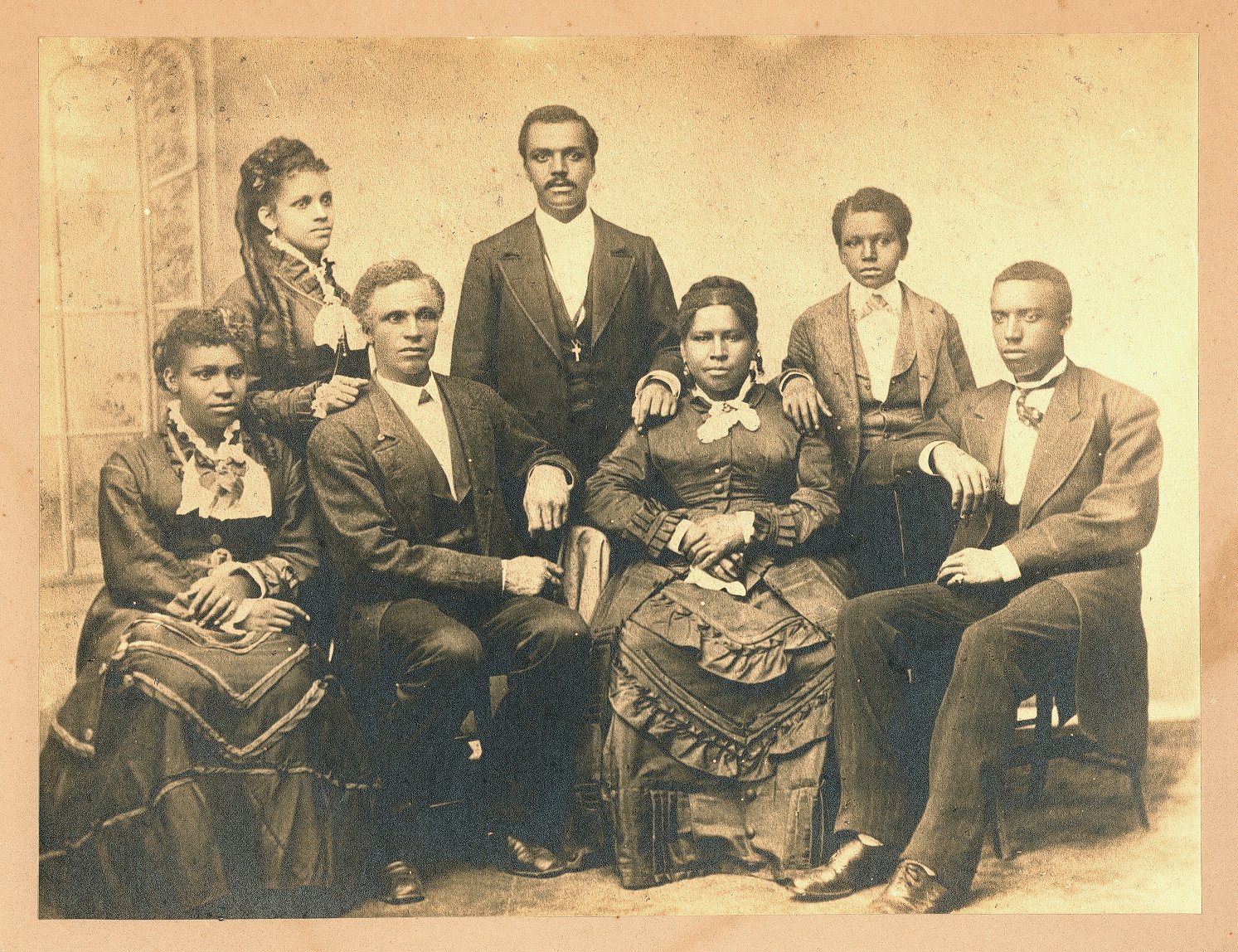 Aaron Albert Mossell, the son of Aaron and Eliza Bowers Mossell, was born on November 3, 1863, in Hamilton, Ontario, Canada. Aaron Mossell, Sr., was a grandson of enslaved people, with a great-grandfather known to have been brought from West Africa. Eliza, the wife of Aaron Mossell, Sr., came from a free Black family that had been deported to Trinidad with other such families when she was a child; she and Aaron met after she returned to Baltimore. Aaron’s skill as a brickmaker enabled him to purchase a home for his wife, but as racial discrimination increased and the lack of educational opportunities became a roadblock for the aspirations Aaron and Eliza had for themselves and their children, Aaron quit his job and moved to Canada with his wife, two young sons and a daughter. Settling in Hamilton, Ontario in 1853, Aaron attended night school to become literate and used his savings to establish his own brick-making business.

During the Civil War, Aaron Mossell resettled his family, now including six children, in upstate New York. Here he established a successful brick manufacture business, employing laborers of all races and providing bricks for local schools and homes, his African Methodist Episcopal church, and eventually a hotel which he himself owned. Thus it was that Nathan Francis Mossell was born in Hamilton, Ontario, Canada on July 27, 1856. The 1870 census shows Aaron, Sr., as a brick layer with of $2000 of real estate and of $300 of personal estate, living in Lockport, near Niagara, New York. Aaron’s wife Eliza is listed as keeping house. Both Aaron and Eliza are described by the census as having been born in Maryland 46 years earlier. The two eldest children in their household had also been born in Maryland: May, a twenty-two year old fancy needleworker, and Charles, a twenty-year old student at Lincoln University. The younger children (fourteen year old Nathan, twelve year old Alvarilla and six year old Aaron, Jr.) had all been born in Canada and were in 1870 attending school in Lockport; in fact they integrated the Lockport public schools and were responsible for the closing of a one room school house for “colored” children. Another son, falling between Charles and Nathan in age, had recently died and is not listed in the census.

Aaron’s oldest brother Charles studied theology in Boston after leaving Lincoln University, and later became a missionary in Haiti, where he was joined by Alvarilla Mossell, sister of Nathan and Charles. Nathan Mossell graduated from Lincoln University in 1879 before becoming the first African American to graduate from the University of Pennsylvania Medical School. The older sister, Mary, married a teacher in Princeton, New Jersey.

Aaron Mossell followed his brothers Charles and Nathan to Lincoln University, graduating in 1885. Then he joined Nathan in Philadelphia for his professional studies. Nathan had integrated Penn’s Medical School; now Aaron became the first African American to graduate from Penn’s Law School. After writing his thesis on the unconstitutionality of the laws against miscegenation, he earned his law degree in 1888.

Aaron Mossell practiced law in Philadelphia, sharing an office in the Witherspoon Building with two partners, also African Americans. One of them, John Adams Sparks, graduated from Penn’s Law School in 1895 and later became an Assistant City Solicitor in charge of Tax Sales of Real Estate. Reportedly, Aaron served as secretary and solicitor of Douglass Hospital (founded by Nathan Mossell in 1895) and also as legal representation for some of the Black defendants after the race riots occurring in Philadelphia from 1917 to 1919.

As a young man he was superintendent of the Sunday School at Mother Bethel A.M.E. Church in Philadelphia. In 1890 Aaron and Mary Louisa Tanner (1865/6-1935) were married by her father, Bishop Benjamin Tucker Tanner, in the Tanner family home at 2908 Diamond Street. This house was also the home of artist Henry Osawa Tanner and the future birthplace of Aaron and Mary’s three children — Aaron Albert Mossell (1893-1959), Elizabeth Mossell Anderson (1894-1975), Sadie Tanner Mossell Alexander (1898-1985). In 1899, when Sadie was only a year old, Aaron Mossell left the city and his wife and children. Aaron and Mary were divorced and eventually Aaron settled abroad permanently.

Aaron Mossell became a resident of Cardiff, Wales, when he died on February 1, 1951. His son Aaron had become a pharmacist in Philadelphia. Elizabeth served as Dean of Women at Virginia State College and later at Wilberforce University in Ohio. Sadie was the highest-achieving member of the family. As a young woman she was the first African American to receive a Ph.D. in Economics, and then the first African American woman to earn a Penn law degree and to be admitted to the Pennsylvania Bar. During her lifetime, she and her husband Raymond Pace Alexander became nationally known lawyers and civil rights leaders.