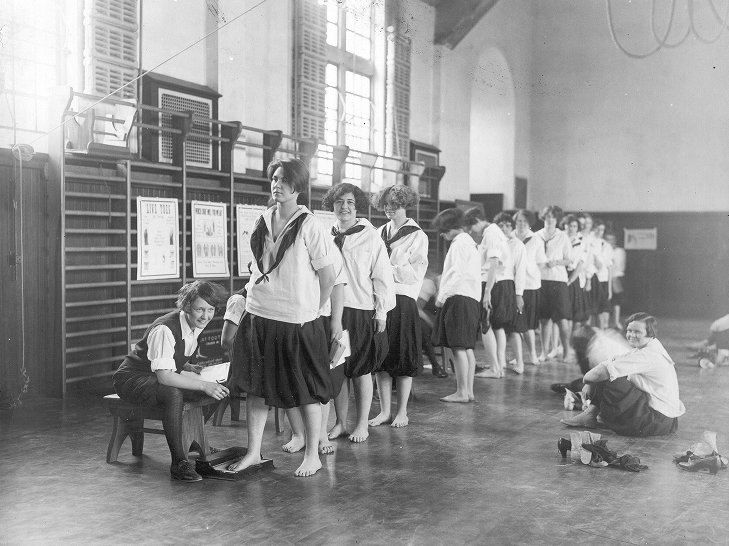 Women first appeared in Penn classrooms as special students in the Towne Scientific School in 1876. In 1880 was the first year women earned Penn degrees: Mary Alice Bennett, M.D., finished a post-graduate course to earn a Ph.D.in the School of Auxiliary Medicine and Mary Thorn Lewis earned a Certificate of Proficiency in Science. During the 1880s and early 1890s women were not admitted into undergraduate degree programs; their presence in classrooms could lead only to certificates of proficiency or to graduate degrees. The Biology Department in 1894 became the first department to accept women in programs leading to a bachelor’s degree.

On May 2, 1899, the Trustees of the University of Pennsylvania authorized the use of a temporary gymnasium for women in a building at 3903 Locust Street, offered rent free by Fanny R.M. Hitchcock. In December of that year, Elizabeth Ryder was appointed by the Trustees as an Assistant Director of the Department of Physical Education and Miss Esther Kulin was appointed a part-time gym instructor for the salary of $300 a year. The few women students in the departments of biology and of interior decoration were charged a gymnasium general fee of one dollar per semester. Support waned however, and the gymnasium closed in 1901.

But for the next two decades athletic activities for Penn women were available only on an intermittent basis. Part of the reason for this was the small presence of women on the Penn campus, particularly as full-time undergraduates.

In 1901 over 300 women were enrolled at Penn, but most were taking classes part time in a program for teachers that did not lead to a degree. Of the full-time women students, 66 were pursuing degrees in music or biology, or advanced degrees in the Law School or the Graduate School of Arts and Sciences; the other 68 were in a three-year program of the University Hospital Training School for Nurses. Gradually over the next two decades, more opportunities appeared for women to enroll in degree programs. In 1908 the bachelor of arts degree was finally granted to one woman, a student in the College Courses for Teachers, open to women from its founding in 1906. The founding of this department, open to women as degree candidates, led to a growing presence of undergraduate women on the Penn campus. This in turn led to the beginnings of extracurricular activities and campus housing for undergraduate women; and there was now a critical mass to lobby for and to participate in women’s athletics.

The first published women’s yearbook appeared in 1915 with no mention of sports activities for the female undergraduates. The first mention of athletics comes in the 1917 yearbook, which mentions that a few girls had approached the women’s Undergraduate Association in the spring of 1916 with a request for some kind of athletic activities. When permission was gained for Penn women to play tennis at the Kingsessing Playground and Gymnasium at 49th Street and Chester Avenue, many took advantage of the opportunity. The following fall, at an Undergraduate Association meeting on November 5, 1916, a hockey team was formed, which attracted even more Penn women to the playground. In the spring of 1917, tennis was resumed, women’s sports were gaining a foothold. 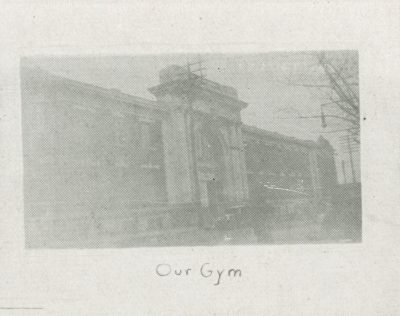 In 1918 a Girls’ Athletic Committee was formed within the Undergraduate Association. This committee, led by Laura R. Bee, A.B. 1920, attempted unsuccessfully to gain gymnasium privileges for Penn co-eds, but did arrange inter-class athletic meets, hikes and calisthenics classes as a temporary measure.

It was not until 1920 both with women undergraduates and the administration demonstrated a consistent and firm commitment to athletics for women at Penn. When women arrived on campus for that fall and found no arrangements had been made by the University for women’s athletics, a group of students took matters into their own hands and arranged for a class for Penn women at the West Branch Y.M.C.A. located at 52nd and Sansom streets. Despite the distance from campus, coeds made a point of getting there and worked hard practicing basketball.

Perhaps in response to this commitment by women students, in February of 1921 the University hired Margaret Majer as a physical education instructor for two hours of elective classes every day at the Kingsessing Playground and Gymnasium. According to the 1921 women’s yearbook, over fifty girls attended, forming teams to play, first, basketball, and then hockey, baseball and tennis. Basketball games were played between freshman and sophomores and also against women from such institutions of higher learning as Bryn Mawr, Drexel and Temple. Margaret Majer remained at Penn for two more years, going on to build teams in gymnastics, softball, swimming and tennis as well.

With this new commitment to women’s athletics, the Undergraduate Association supported the 1921 establishment of a Women’s Athletic Association, with a constitution and four officers, with Catherine Riggs as the first president. A membership fee of one dollar was required of any woman who played on a team. With the guidance of Margaret Majer and support of the Penn administration, this money went into the fund to build two women’s tennis courts on the then vacant southeast corner of 34th and Walnut streets, now the site of Bennett-Fisher Hall. An honorary athletic fraternity for women, Upsilon Sigma Nu, was also founded in 1921; fifteen young women were elected in the fraternity’s first year. In 1922 the W.A.A. supported its first Field Day with the Class of 1924 winning the class competitions. 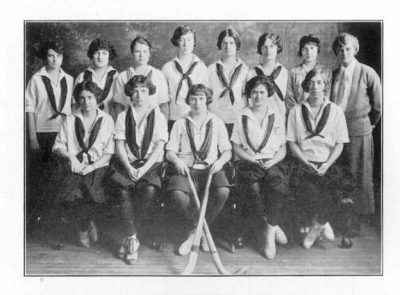 Margaret Majer left Penn in 1924 to marry John Kelly, who had won an Olympic gold medal for crew in 1920; their children would include Olympian Jack Kelly and actress Grace Kelly, later Princess Grace of Monaco. Florence Crush followed her as athletics instructor and coach for Penn women, and by 1930 Penn woman were competing in an ever-growing variety of sports, coached by a growing staff of instructors: basketball, fencing, hockey, riflery (Sgt. Robert Helton, instructor), and swimming, as well as the minor sports of archery (Mr. Terrone, instructor), baseball, horseback riding, tennis and track. The women’s tennis courts were very soon (1925) replaced by Bennett Hall as the main building for Penn’s College for women; and on the third floor of this new building was a gymnasium for women.

Women’s athletics was here to stay.