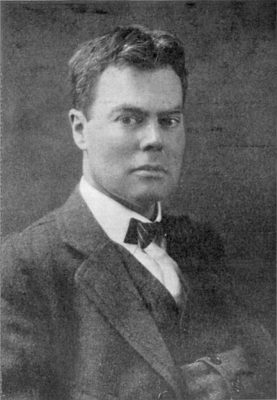 Thornton Oakley (1881-1953), B.S. 1901, M.S. 1902
Get more image details
Thornton Oakley drew the sketch of the University Museum which appears on this University of Pennsylvania Bicentennial Wedgwood China plate. He was born in 1881. At the University of Pennsylvania he earned the degree of Bachelor of Science in Architecture (B.S. in Arch.) with the Class of 1901 and the degree of Master of Science in Architecture (M.S. in Arch.) with the Class of 1902.

After graduation, Oakley’s focus shifted from architecture to drawing and illustrating. He was a student of Howard Pyle, founder of the Brandywine School. He produced artwork for numerous travel guides, some of which were written by his wife, Amy Ewing Oakley, and also illustrated numerous books and magazines. He was director of the illustration department of the Philadelphia Museum School of Industrial Art from 1914 until 1936. During the First and Second World Wars, he produced paintings of American workers helping the war effort. In 1949 he was named a member of the French Legion of Honor. Oakley also painted a series of six twelve-foot murals for the Franklin Institute of Philadelphia. 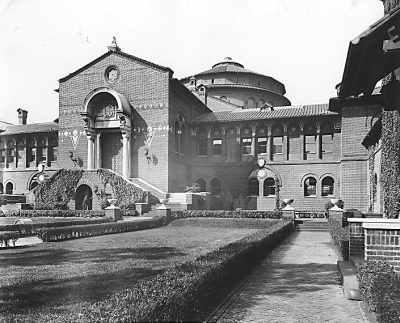 Museum of Archaeology and Anthropology, University of Pennsylvania, 1956
Get more image details
The University Museum was designed by a number of Philadelphia architects including Wilson Eyre, Walter Cope, John Stewardson, Frank Miles Day, and Charles Klauder. The museum was built in several phases from the late 1800s into the early 1900s with a large addition added in the 1960s. Many of the architects responsible for the original plan were also teachers or professors at the University’s School of Architecture. The original plan, which called for a huge museum with three rotundas and six courtyards, was never completed. The University Museum is on the Philadelphia Register of Historic Places and is a part of the University of Pennsylvania Historic District.