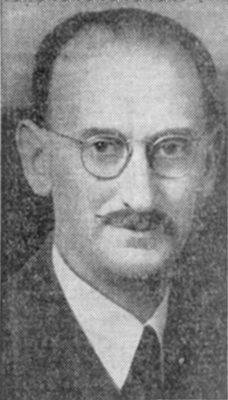 Harry Sternfeld, c. 1935
Get more image details
Harry Sternfeld drew the sketch of the Medical Laboratory which appears on this University of Pennsylvania Bicentennial Wedgwood China plate. He was born in Philadelphia in 1888. He attended Philadelphia’s Central High School and the University of Pennsylvania, where he earned the degree of Bachelor of Science in Architecture (B.S. in Arch.) in 1911. As an undergraduate he worked for a time in the office of Frank Miles Day; after graduation he worked in Montreal for Francis S. Swales, who was then designing the Chateau Frontenac and the Hotel Vancouver. After his return to Philadelphia in 1913, Sternfeld earned his Master of Science in Architecture degree (M.S. in Arch.) in 1914.

After graduation, Sternfeld was awarded the Paris Prize, but could not use it due to World War I. Instead he became a professor of architecture at the Carnegie Institute (now Carnegie Mellon University). He remained there until 1923, with breaks to serve as a second lieutenant in the Army and then to travel to Paris for study. In 1923 he was named professor of design at the University of Pennsylvania where he remained an active professor until 1959 when he was named professor emeritus. 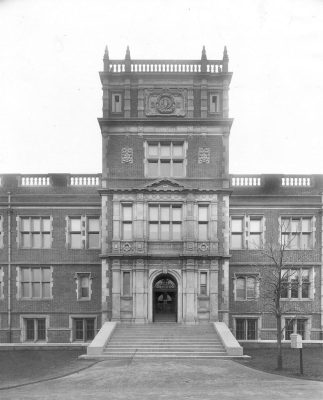 John Morgan Building (formerly known as the Medical Laboratories), 1904
Get more image details
The Medical Laboratory, completed in 1904, was designed by Cope and Stewardson, with an addition by Stewardson and Page. The building was commissioned because the Medical School needed more laboratory instruction for its students and more research facilities for its faculty. In 1987 the building was renamed in honor of John Morgan, a co-founder of Penn’s Medical School, the first medical school in the American colonies.