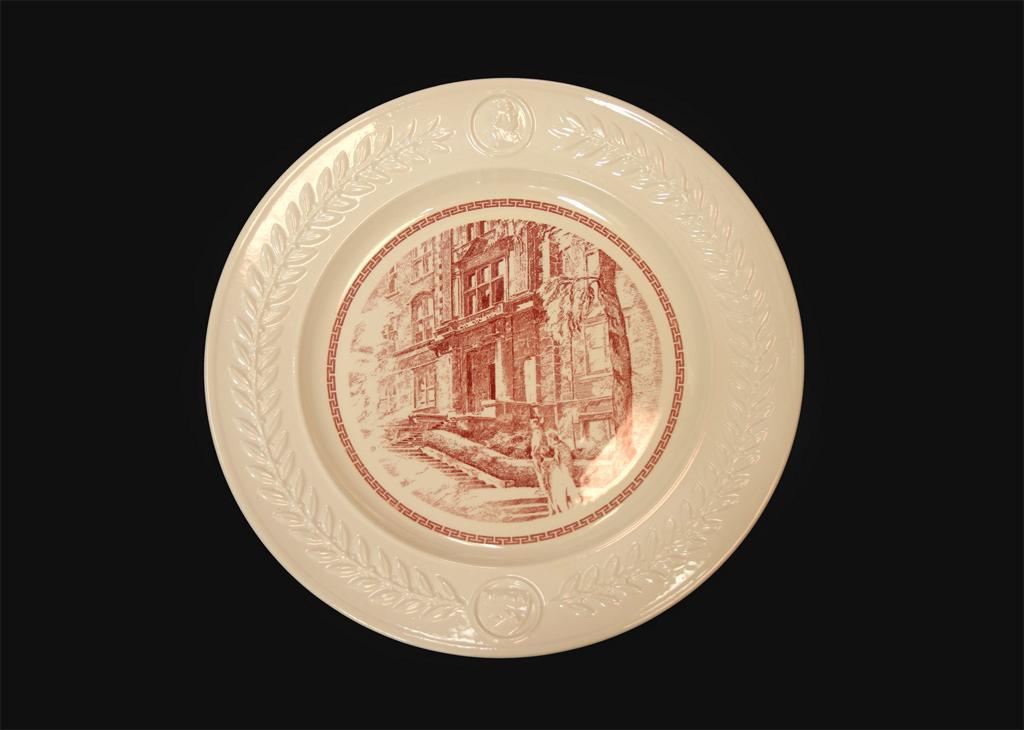 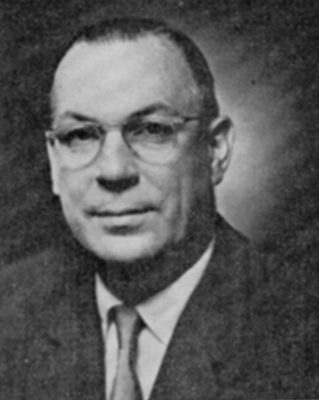 Jefferson Roy Carroll, Jr, (1904-1990), B.Arch. 1926, M.Arch. 1928
Get more image details
Jefferson Roy Carroll drew the sketch of the School of Engineering Steps which appear on this University of Pennsylvania Bicentennial Wedgwood China plate. He was born in Philadelphia in 1904 and attended West Philadelphia High School. At the University of Pennsylvania, he earned the degree of Bachelor of Architecture (B.Arch.) with the Class of 1926 and the degree of Master of Architecture (M.Arch.) with the Class of 1928.

During his last year of graduate studies, he was named a demonstrator of design in Penn’s School of Architecture, and then, after completing his master’s degree, he became an instructor in design. He was later promoted to assistant professor and executive chairman of the design department. He retired from teaching in 1945. In 1941, while still an assistant professor, he was awarded the Henry Gillette Woodman Traveling Scholarship.

While he was teaching at the University, Carroll was also a practicing architect. In 1932, he won the competition to design the Civil War Memorial in Appomattox, Virginia. In 1935, Carroll opened his own firm. Ten years later he partnered with John Grisdale and William Van Alan in a firm that lasted until 1973. That same year Carroll founded J. Roy Carroll and Partners. For the last eight years of his career, 1977 to 1985, Carroll practiced alone. During his career Carroll designed the original terminal at Philadelphia International Airport, NASA headquarters in Washington D.C., the laboratories at Children’s Hospital of Philadelphia, many buildings for the U.S. Navy. He also served as president of both the Philadelphia chapter and the national organization of the American Institute of Architects.

On the University of Pennsylvania campus, Carroll was part of the architectural teams designing the Franklin building (1967), addition to Rittenhouse labs (1964-1967), an addition to the Law School (1960-1962). 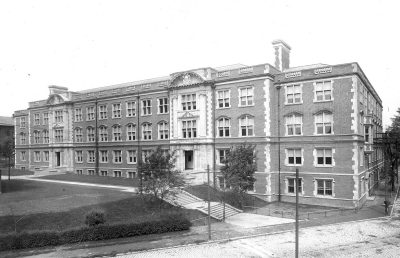 Towne Building, 1906
Get more image details
The Towne Building, the current home of the School of Engineering and Applied Science, was built between 1903 and 1906. The building was designed by Cope and Stewardson. It is named in honor of the industrialist, trustee of, and donor to the University of Pennsylvania, John Henry Towne. The Towne building was originally constructed with large rooms specially designed so that the engineering students would be able to receive hands on engineering experience.