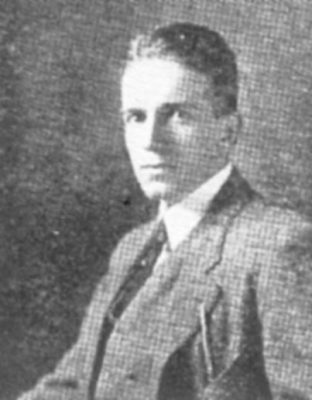 He then studied architecture at the University of Pennsylvania, during the height of Paul P. Cret‘s influence there, receiving the Arthur Spayd Brooke Medal and graduating in 1911 with a bachelor of science degree in architecture. Kirkpatrick then served a brief apprenticeship with Thomas, Churchman & Monitor. In 1912, he had just formed a partnership within with Sydney Martin, B.S. in Architecture 1908, when he won the Paris Prize enabling him to travel to France and study architecture for two years. 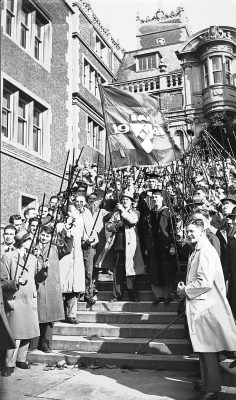 Cane Day procession from Quad to Irvine, 1939
Get more image details
The Dormitory Steps are part of the quadrangle which was designed by Cope and Stewardson. The view on the plate is looking west from the lower Quad, with Memorial Tower in the background.