Four “Honor Men Awards” are presented at each Hey Day celebration: the Spoon, Bowl, Cane and Spade. The recipients of each award are elected by the senior class based on their achievements and contributions to class life, which distinguished them as being the outstanding men in their class. In an enhancement of the Hey Day tradition, the winners of twenty-five years standing generally present the Senior Honor Awards. 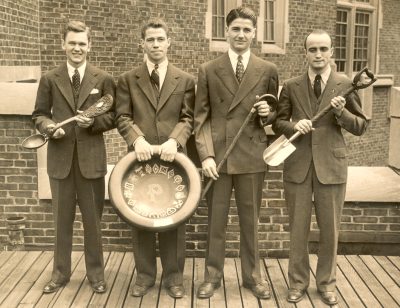 The oldest of the awards is the Spoon, which originated in the mid-19th century. In the early 1860s, when the University was located on Ninth Street, the school year was divided into trimesters, with first trimester marks announced right before Christmas recess. Although there were few “first honor” or “second honor” men, there were usually many holding “third honors”. In 1861, several joyous sophomores, imbued with the holiday spirit, presented the lowest freshman in the “third honor” group with a large wooden spoon. The spoon was engraved with a sarcastic inscription in Latin. Four years later, at the first Class Day, a spoon was presented to the most popular member of the senior class, who thereby became the “Spoon Man”. For the first fifty years, the spoons were carved by master carver and furniture-maker Daniel Pabst. 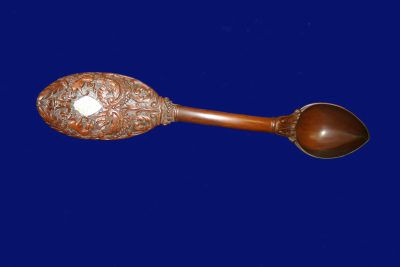 The Bowl is the second oldest award, dating to 1882. Initially, a replica of the bowl was presented to one of the popular sophomores at the end of the Bowl Fight. By 1884, however, the presentation of the Bowl on Class Day was fixed as the second Senior Award. 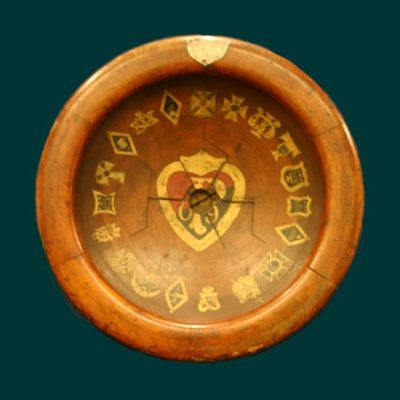 The Cane Award was introduced to commemorate the Cane Fights, which began in 1890 and only lasted five years. The first presentation of the Cane as the third Senior Award took place in 1891. The origin of the Cane Fights is interesting. In the 1880s, when the cane was the hallmark of every young gentleman, the sophomores were infuriated that the lowly freshmen were allowed to carry canes.

They decided to take the law into their own hands by seizing the freshmen’s canes and breaking them in half. After several years, the classes decided to formalize the custom by holding a cane fight. In these fights, the cane man dropped a cane in the middle of a field and both classes rushed toward it. After a specified time, the hands on the cane were counted and the winning class declared. At the Hey Day celebration, the Cane Award was presented to the third most popular senior. 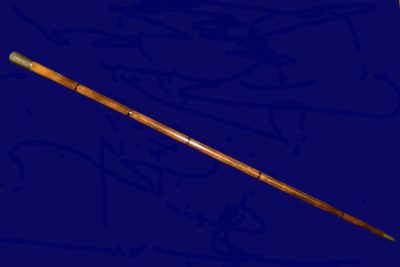 The final Senior Honor Award is the Spade. The first presentation of the Spade as the fourth Senior Award took place in 1894. This ceremony formalized a custom which had grown since the inception of Ivy Day in 1873. Each year the student who used a spade to plant the class ivy was allowed to keep the tool as an expression of his classmates’ esteem.

In addition to the Senior Honor Awards, many other awards and citations were given on Hey Day. These awards were presented to individuals and fraternities which had achieved distinction in leadership, ability, integrity and perseverance. Following the presentation of awards was the announcement of elections to membership in senior honor societies.