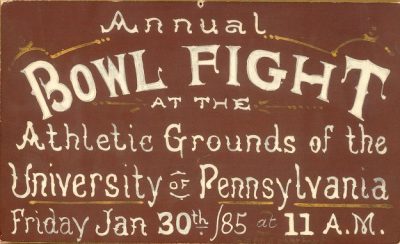 The rules governing the bowl fight were basically very simple. The Sophomores provided the bowl and the freshmen provided the bowl man. The Bowl man was originally supposed to be the third honor freshman. However, when the custom of awarding honors was abolished in 1891 the bowl man was elected from then on. And the basic rule was that the freshmen would win if they were able to break the bowl and the sophomores would win if they were able to place the bowl man into the bowl. From year to year, however, refinements were necessary, leading to considerable change in the rules over time. 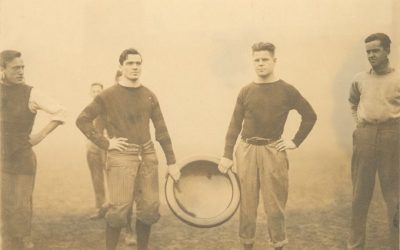 It was an unwritten rule that no implements of any kind could be used and no fist-fighting was allowed. Also, as the bowl became very thick and almost unbreakable in the later years and when the custom of having two halves was established, it was agreed that possession of the bowl was enough to qualify the freshmen victorious. Thus, all that the freshmen had to do now was to have more hands on the bowl than did the sophomores at the end of the fight. 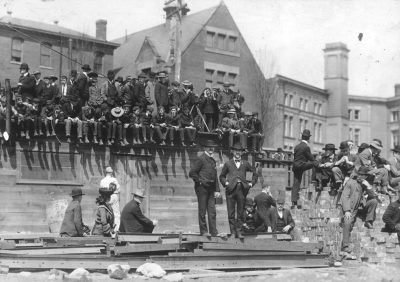 The changes in the rules from year to year were basically the result of the disagreements between the Sophomore Bowl Fight Committee and the Freshmen Bowl Fight Committee of the particular year and also at times due to pressure from the Athletic Department of the University. Thus the specific rules of the Bowl Fight changed over time: 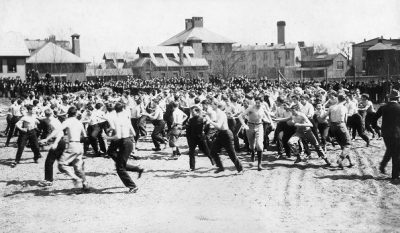