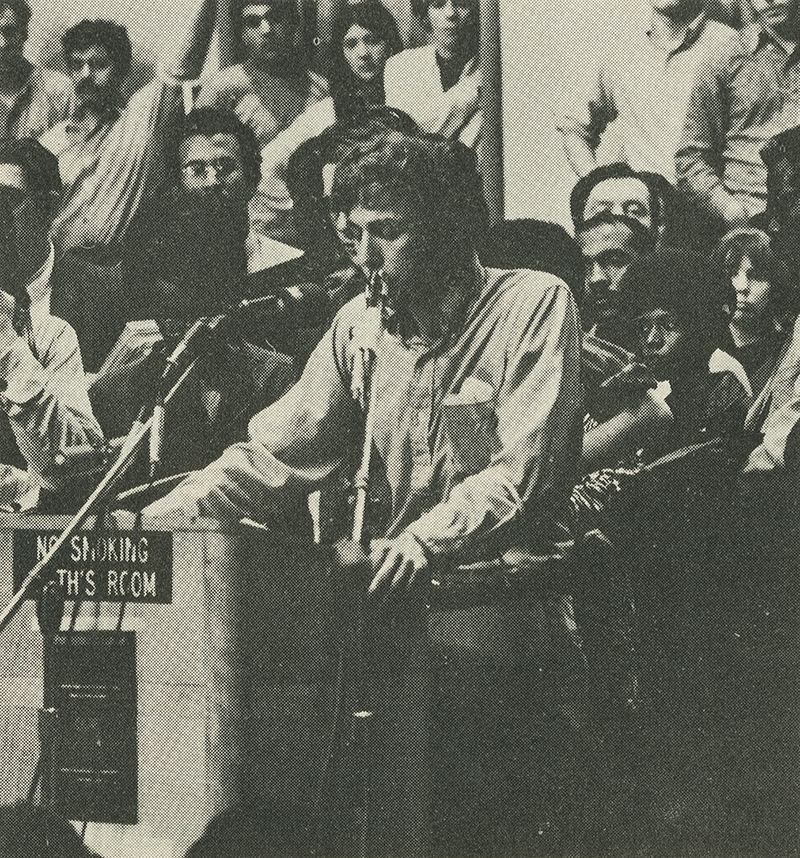 The sit-in that took place in College Hall over six days in February 1969 was later described by a Faculty Senate Advisory Committee member as “a strange war in which all sides won.” It started on February 18 as a greater Philadelphia area protest organized by the Students for a Democratic Society (SDS) against the University City Science Center (UCSC) over its displacement of residents as well as its Defense Department contract and secret research provisions. The initial protest included a march from campus to a vacant construction site at the UCSC and back, along with several speeches. However, after submitting seven “demands” to President Gaylord Harnwell in College Hall, the students decided to hold an unscheduled sit-in.

In general, the protestors’ demands called for the end of war-related research at the UCSC, student and community involvement in decisions related to Penn’s expansion, and University and UCSC commitment to providing public housing in University City. The sit-in, which would become Penn’s longest and largest to date, was orderly and peaceful and followed the Open Expression guidelines that had been drawn up the previous year by a University-wide commission. No offices were broken into, no buildings were closed, and no classes were disrupted. Negotiations took place over several days including at plenary sessions, at an unprecedented all-University faculty meeting, and with a small group of trustees who were already on campus for another meeting.

In the end, the sit-in was resolved on February 23 when the Executive Board of the Trustees approved the demonstrators’ proposal to establish a special commission to insure that University development would not conflict with community development. The Trustees’ statement read, in part:

The Trustees declare a policy of accountability and responsibility that accepts the concerns and aspirations of the surrounding communities as its own concerns and aspirations and that to insure community of purpose in joint initiation, planning and execution of programs and effective mobilization of University talents and facilities, the quadripartite commision [sic] shall be the instrument through which these activities, at least initially, shall be carried out and that commission shall proceed to its work with the utmost urgency as set forth, in part, below.

The Trustees resolve that in order to proceed with immediate effectuation of this policy, that

The sit-in ended before midnight on February 23; students swept and cleared trash from College Hall and flowers were sent to the Vice Provost’s secretarial staff. At an All-University Meeting on February 24, a resolution was adopted praising conduct during the sit-in and supporting the agreement made.

For a more detailed account of the events of the sit-in, see this article in the March 1969 issue of the Pennsylvania Gazette.