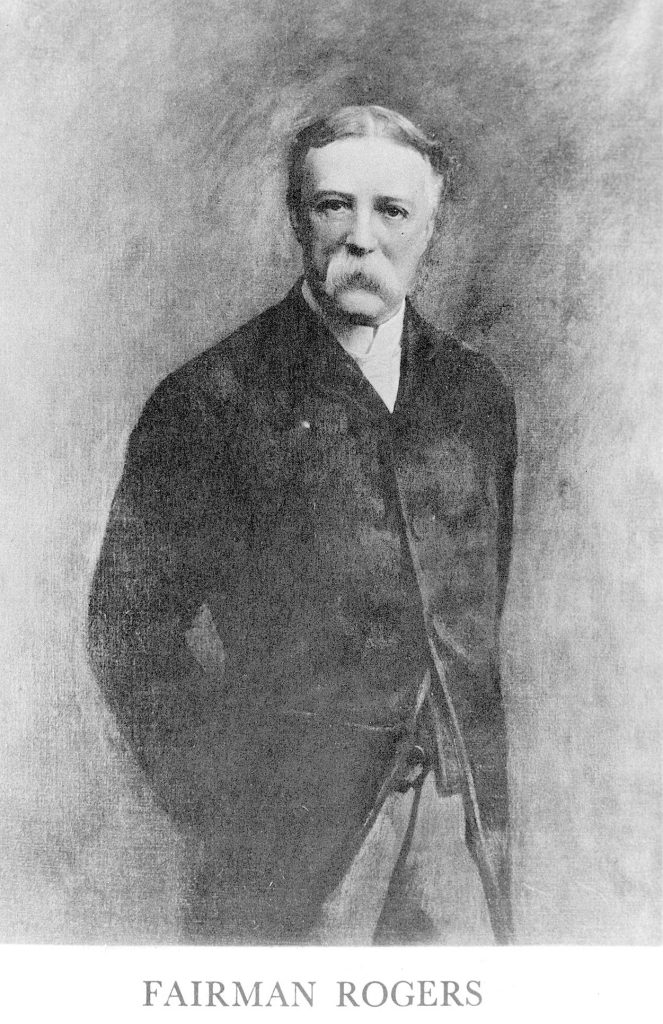 In the early nineteenth century, three major types of engineering education arose. The United States Military Academy provided engineering training to its cadets, including Bache. Though many of its alumni went on to distinguished military careers, some entered civilian life as engineers. Many other engineers were trained as apprentices on internal improvement projects such as the New York Canal System, which produced nearly 75% of the chief engineers on projects in 1837. Geological and geodesic surveys also provided informal educational experiences in technical fields: of future Department of Mines faculty, Fairman Rogers worked with Bache on the Coast Survey (of which Bache was the commissioner) and John Fries Frazer and J. Peter Lesley were assistants on Henry Darwin Rogers’s geological survey of the Commonwealth of Pennsylvania.8

Maintaining a supply of engineers was always a problem. The Military Academy could not simply become an engineering school without losing its public mandate to train army officers, and the projects which gave apprenticeships to budding engineers were not numerous enough to quickly provide skilled workers for the boom in demand for engineers. So began the dedicated engineering school which took many forms. From Rennselaer Polytechnic Institute which only provided engineering education, to the special courses of established universities like Penn’s Department of Mines, Arts and Manufactures. Rennselaer was founded under Stephen van Rennselaer’s vague direction to provide instruction in the “application of science to the common purposes of life.” To that end, van Rennselaer appointed the polymath geologist and surveyor Amos Eaton, often called “the father of American geology,” to the senior professorship at his school. It was Eaton’s ability as a teacher and scientist that made Rennselaer a “Mecca for teachers of applied science.” With Eaton’s far-ranging knowledge and in line with van Rennselaer’s instruction, the education provided was “aimed at a general diffusion of the natural sciences.” This highly democratic view of engineering education fundamentally differentiated Rennselaer from programs such as Yale’s Sheffield Scientific School and Penn’s Department of Mines.9

Yale University’s applied science education began in 1847 in the School of Applied Chemistry under the direction of Benjamin Silliman, Jr. and John Pitkin Norton. They modeled their school on the great chemistry laboratory of Justus von Liebig in Giessen, Germany. Liebig’s laboratory method demanded practical experience in chemical experimentation which Liebig himself had not received in his own classical education. Eventually the School of Applied Chemistry expanded into other engineering disciplines and became the Sheffield Scientific School. Like Penn, Yale formed its engineering department as a separate college integrated within a university; but unlike Penn the Sheffield School offered graduate degrees with Josiah Willard Gibbs taking the first Ph.D in 1861. Yale managed to find support for its engineering school outside the proprietary model on which Penn settled. The donations from its namesake and funding the Sheffield School received under the Morrill Act of 1863 ensured the School’s continued existence until 1956 when the School’s operations were consolidated within Yale’s other schools.10

Unlike Rensselaer, situated in the rural industrial hamlet of Troy, New York, the Department of Mines, Arts, and Manufactures at Penn was founded right in the heart of the city of Philadelphia. With good reason, too, as Charles Eastwick Smith, an engineer associated with the iron industry and future president of the Philadelphia and Reading railroad, wrote to John Frazer shortly after the Board of Trustees approved a resolution establishing the Department:

More than one half of all the iron made, and three fourths of all the coal mined, in the United States are produced within the Borders of Pennsylvania. The chief part of the financial arrangements incident to the production and sale of these great staples, accounting annually to more than thirty-five millions of dollars, are made in Philadelphia. Hence most persons who are connected with these arrangements, either as producers, or as large consumers, have acquaintances and correspondents here, and are obliged to visit the city several times during each year. Thus the place is the most convenient for the aggregate of the classes who are to be benefitted by the proposed school.11

Furthermore, Smith had just returned from a tour of Europe’s famous schools of mines in Paris, Freiberg, Germany, and Schemnitz, Hungary, and suggested to Frazer a curriculum based on those schools. While Rennselaer’s organization was reminiscent of Count Rumford’s Royal Institution in London (and which ultimately was similar to the Franklin Institute’s original purpose), Penn’s school of mines was modeled after those mining institutions which served the public not through direct education of skilled workers but through the advancement of industry by the training of engineers. As secretary of the American Iron Association, Smith would later lend his organization’s support to such a school as “eminently needed to the economical conduct of the iron manufacture.” Along with coal mines, canals and railroads, the Department of Mines was rooted in the changing energy landscape of eastern Pennsylvania.12

The Department was founded by a resolution of the Trustees on June 1, 1852 with John Henry Alexander as the Professor of Civil Engineering. John Fries Frazer, Professor of Chemistry and Natural Philosophy in the College, expanded his duties to teach those same subjects in the Department of Mines as did E. Otis Kendall, professor of Pure and Applied Mathematics. Charles Trego was appointed Professor of Geology and Mineralogy. Problems with financial and organizational support for the Department precluded the beginning of instruction in that year. By 1855, Alexander had resigned, and Fairman Rogers was appointed in his place. Rogers, the son of an iron merchant, had graduated from Penn in 1853 and had spent the intervening years on a tour of Europe and surveying the marshes of Florida under the command of Bache. With the young civil engineer (he was in his mid- to late twenties during his tenure) occupying the deanship, the Department of Mines took off. The success of Rogers’s first course in 1855 led to the beginning of courses in other subjects the following year. A Professor of Mining was finally appointed for the 1859-60 school year with J. Peter Lesley, librarian of the American Philosophical Society, accepting the position.

Despite being due primarily to the external circumstances of the Civil War, the Department’s collapse after just six years of operation shows that it was not capable of drawing in enough students after normalcy was restored to justify its continued existence as a proprietary school of the University. Rogers and the Trustees counted on the state’s recognition of the program as integral to its continued economic development and therefore on the state’s financial support as was provided to the European schools of mines. Justin Smith Morrill, a U.S Senator from Vermont, had pushed a bill through the wartime congress establishing a federal land-grant program which provided money from the sale of federal lands to universities provided those universities maintained instruction in “such branches of learning as are related to agriculture and the mechanic arts.” Penn threw its name into the running for Pennsylvania’s Morrill money with Rogers arguing that “While such inexhaustible beds of coal and iron lay yet undeveloped beneath her surface there is great need of a body of able men to turn her resources to the best advantage and to conduct the factories which are ever increasing within her limits.” Penn, Rogers believed, was uniquely positioned through its Department of Mines to provide that “body of able men” to the state of Pennsylvania and therefore deserved the state’s Morrill money. However, the Agricultural College of Pennsylvania – later Pennsylvania State University –won the grant, and “The Trustees of the University have found it impracticable to make the School of Mines what it should be without some endowment which will tend to put it on a permanent footing.” Without state support the University simply could not sustain the Department of Mines after the Civil War.13

The success of the Department of Mines should be measured not on its lack of longevity, which was the result of financial and political contingencies, but on the success of those students who did pass through in its 6 years of operation. Two of these, Eckley Brinton Coxe and Alfred Pancoast Boller became prominent engineers in the coal and railroad industries respectively. Coxe was the son of prominent Pennsylvania judge Charles Sidney Coxe who was himself the son of politician and economist Tench Coxe. After graduating from Penn, Eckley Coxe went to Europe where he studied at Paris’s Ecole des Mines and under Julius Weisbach at the Freiberg Bergakademie, the schools after which Penn’s Department of Mines had been modeled. When he returned, he and his brothers founded Coxe Brothers & Company to mine anthracite coal on the lands in the Lehigh Valley that Tench Coxe had first purchased several decades earlier. Coxe Brothers would, by the time of Eckley Coxe’s death in 1895, be second only to Jay Gould’s coal empire in size. When Coxe Brothers was bought out in 1905 it was the largest independent – not owned by a major railroad – coal company in the Coal Region, owning 5,000 acres of land and mining 1.3 million tons of coal in that year. Among his many achievements, he invented the Coxe stoker which automatically passed anthracite coal through a furnace, he was a member of the American Philosophical Society, President of the American Society of Civil Engineers and he served as a state senator from 1881-1884.15

Alfred Pancoast Boller also went on to further engineering education, taking a Civil Engineer degree from Rennselaer in 1861, having graduated from Penn with Eckley Coxe in 1858. His career exemplifies the diverse range of tasks that budding civil engineers learned at Penn. He started out, as many engineers did, as a rodman, one who carries the surveyor’s rod which is sighted through the surveyor’s theodolite to measure levels, on the Nesquehoning Railroad. He was then employed to survey the coal fields of the Lehigh Valley for the Lehigh Coal and Navigation Company. From that early surveying work, he would move into what was to become the focus of his later career: bridge building. Throughout the 1860s, he built bridges for a number of different railroads. He was eventually an agent of the Phoenix Iron Works and Vice President of Engineering at the Phillipsburg Manufacturing Company, both of which produced bridge materials. Like Coxe, Boller was a driving force in his field’s professional organization, the American Society of Civil Engineers, which he helped bring back to national prominence. Educated in both the engineering tradition of Rennselaer and Penn’s Department of Mines and the literary tradition of Penn’s College, Boller was, throughout his career, concerned with the aesthetic properties of bridges as well as their structural purposes, and “his most important contribution to the advancement of engineering,” according to The Engineering Record, was “an unceasing advocacy of the architectural treatment of engineering works.”16

14. Students pursuing the scientific course in the College also graduated with a B.S., but their education was primarily in pure science; what engineering education they received while at Penn came through the special course in the Department of Mines.