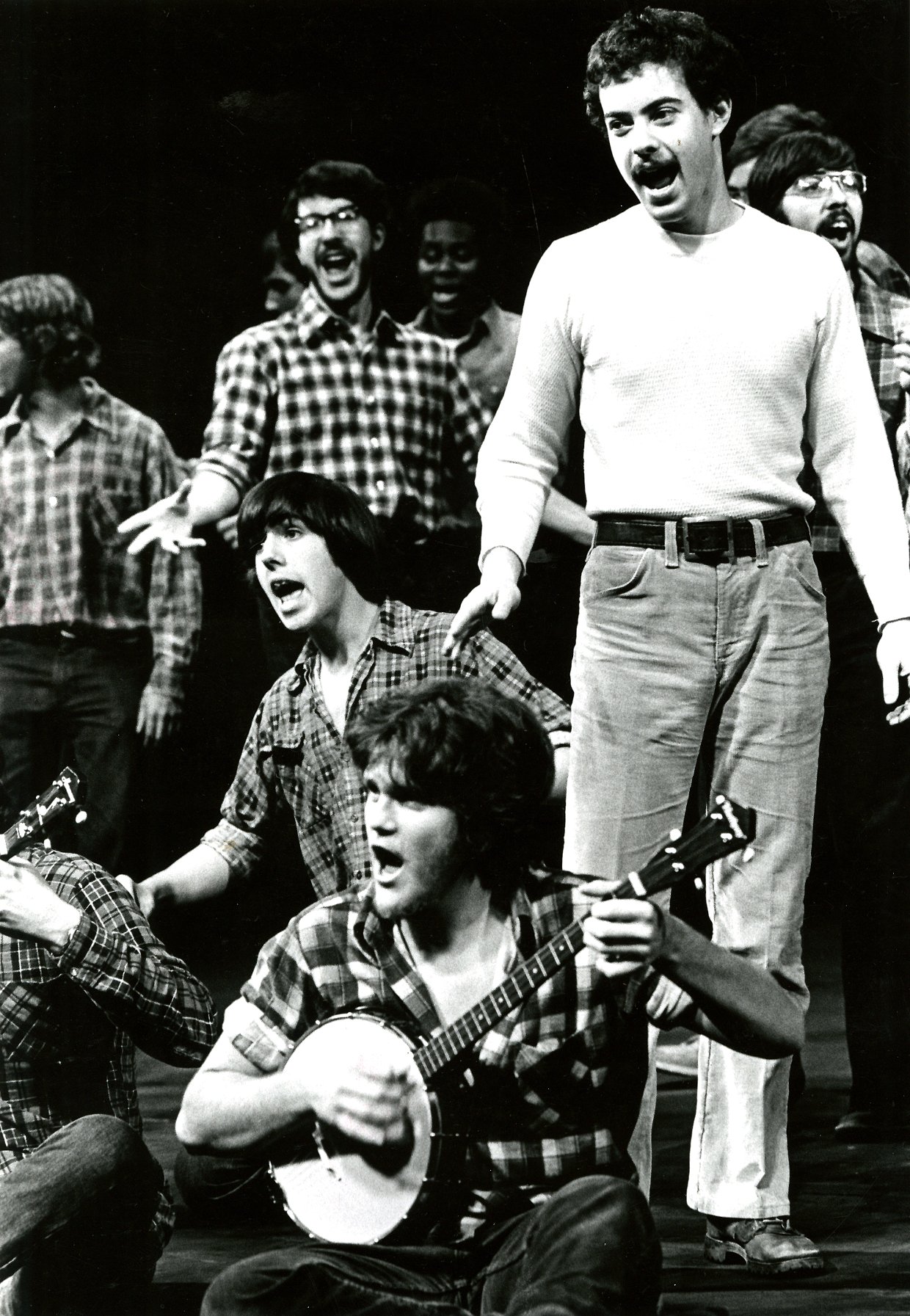 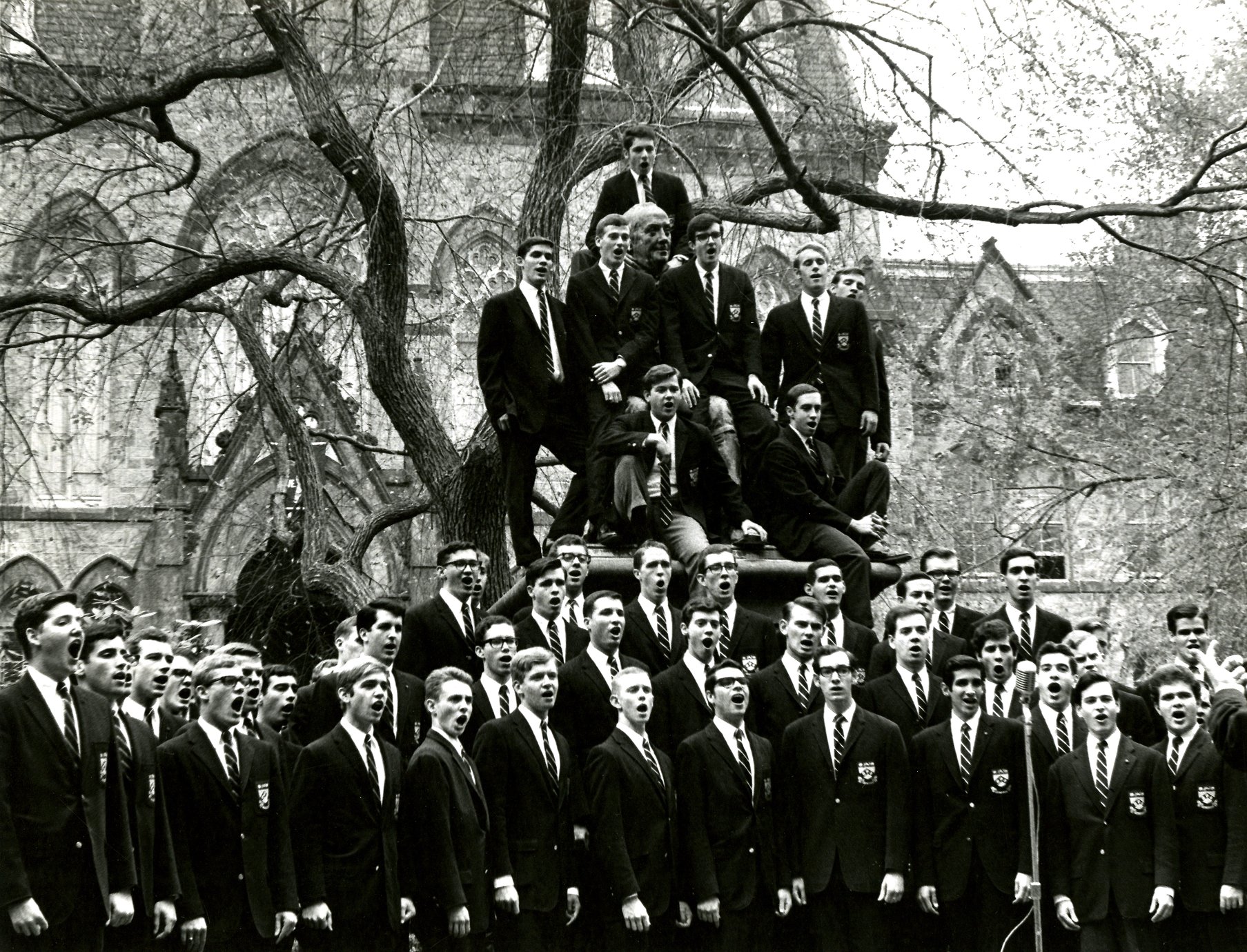 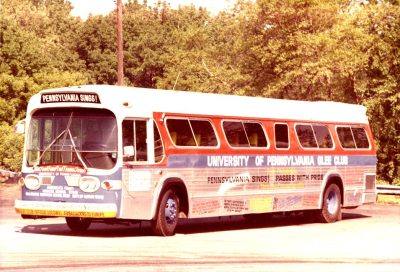 The Glee Club broke from the traditional notion of what a glee club was during their 1969-1970 season when, for the annual show, they staged an original production called “Handel with Hair,” written by Bruce Montgomery, Glee Club Director from 1956 to 2000. In this show the Glee Club combined their choral ability with theatrical showmanship, singing, dancing, and acting on elaborate sets and backed by a jazz band. The effect of this created something closer to a Broadway musical. Every season thereafter and continuing into the present day, the Glee Club’s annual show has been an original production marked by original music, complicated choreography, and clever, tongue-in-cheek dialogue that played off current events and issues. Bruce Montgomery – a man once described by the Philadelphia Inquirer as “the University of Pennsylvania’s musical Renaissance man” – wrote and arranged these shows until he retired in 2000. Under the direction of current Glee Club Director C. Erik Nordgren, the Glee Club has continued to stage an original show every season, typically premiering it in February. These shows, much like their original songs of the nineteenth century, have become part of university tradition.