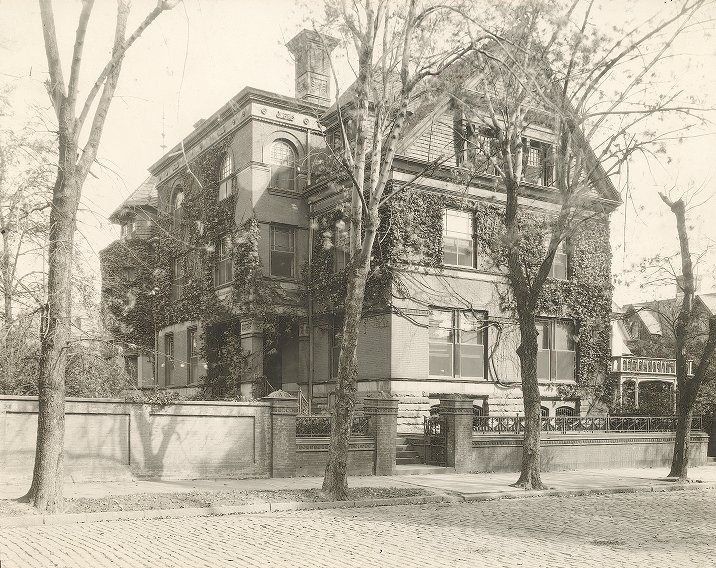 Penn’s Phi Phi chapter was established on 27 September 1875 and appeared in The Record of that year. The national organization was founded in 1855 at Miami University in Oxford, Ohio. The Upsilon chapter disbanded (“stepped out”) in the 1877-78 academic year and was dropped from . Twenty years later the Phi Phi chapter was established at Penn and Sigma Chi re-appeared in The Record of 1896. It remains active at Penn in 2003. 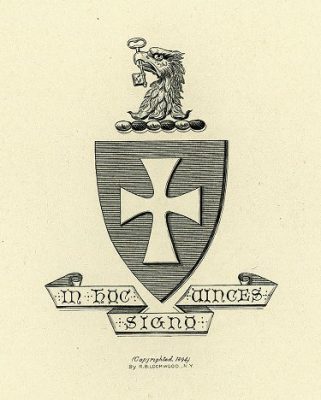 Sigma Chi was the third national fraternity founded at Miami University, in Oxford, Ohio. It followed Beta Theta Pi (1839) and Phi Delta Theta (1848), but its birth was far more difficult than either of its predecessors. In June 1855, six men – Thomas Cowan Bell, James Parks Caldwell, Daniel William Cooper, Isaac M. Jordan, William Lewis Lockwood, Ben Platt Runkle, and Frank Howard Scobey – withdrew from the Miami chapter of Delta Kappa Epsilon and formed a new fraternity which they named Sigma Phi. In January 1856, however, members of a rival fraternity stole Sigma Phi’s ritual and other private records, which required the founders to re-name their organization and adopt a new constitution, bylaws, and ritual. Sigma Chi emerged from this ordeal and soon flourished, with twelve chapters in existence by the time of the Civil War.

In their first years, Sigma Chi and the other Miami University fraternities appealed primarily to Midwestern and Southern colleges. Sigma Chi planted chapters in the states of Ohio, Indiana, Tennessee, Georgia, Virginia, and Mississippi. Soon, however, there were chapters at the Pennsylvania colleges of Bucknell, Dickinson, Gettysburg, and Washington and Jefferson. 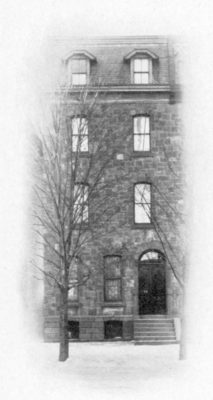 Sigma Chi, Phi Phi chapter, early fraternity house, 1905
Get more image details
For nearly twenty years Sigma Chi was not represented among Penn’s fraternities. Then, in May 1893, a Philadelphia alumni chapter was organized and in May 1896 fifteen students, assisted by five alumni members, re-organized the Phi Phi chapter. By 1905 the Phi Phi chapter was renting a house at 3311 Walnut Street, before locating at 3604 Walnut Street. In 1928 Sigma Chi took possession of the Anthony J. Drexel, Jr. House at 3809 Locust Walk and has remained in that great brick mansion to the present time.

The 1940 edition of The Record stated that Sigma Chi, Phi Delta Theta, and Beta Theta Pi formed “the famous Miami Triad,” a reference to the Ohio university where each was born. Historians of American fraternities often compare the significance of the Miami Triad to the “Triad” of fraternities that formed at Union College in the mid 1820s. By 1940 Sigma Chi had ninety-seven active chapters and the national organization published two magazines. Penn’s Phi Phi chapter published its own magazine, “The Quaker Sig” at the close of each academic year.