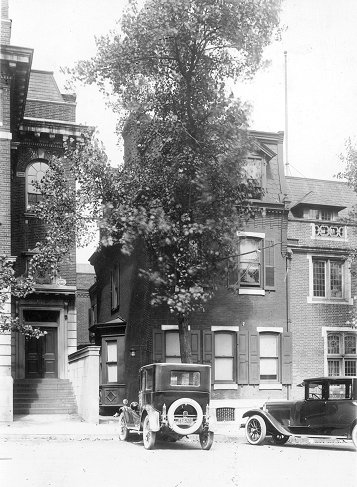 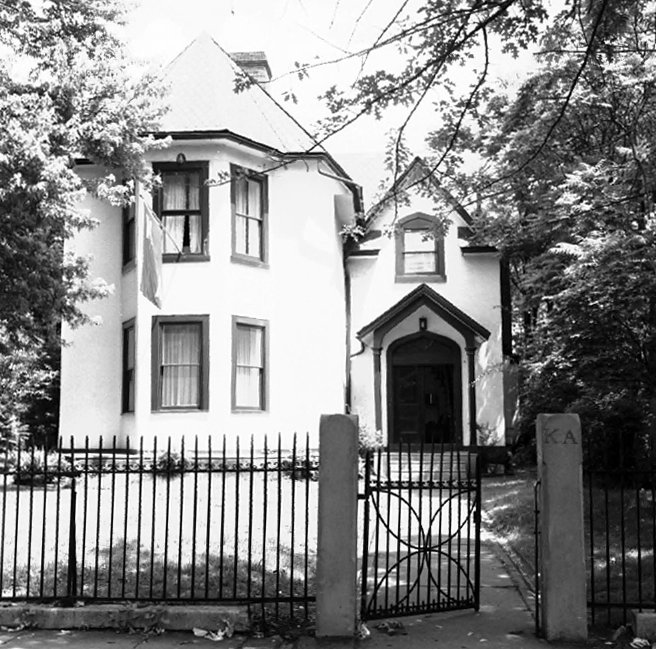 The chapter’s first house was located at 3537 Locust Street, formerly the Phi Kappa Sigma house and now the Jerome Fisher Management and Technology Center. In 1947, the chapter moved to 3803 Walnut Street, but the location proved disadvantageous for rushing freshmen, and a house at 3803 Locust was obtained in 1953. According to Building America’s First University, the current residence is one of the oldest houses in West Philadelphia, designed by Samuel Sloan and built between 1851 and 1855.

The Penn chapter grew out of a local fraternity established by several members of the Philomathean Society (founded 1813) who had organized two theatre productions early in the century, among them “The Second Shepherd’s Play” and “Two Angry Women of Abington.” The plays were so successful that the revenues generated were sufficient to completely refurbish the Philo Halls. The charter members included: 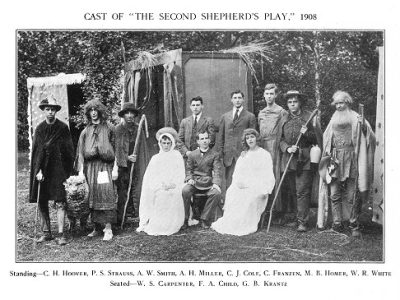 The Kappa Alpha Society has long remained conservative in growth, and other chapters are limited to academically rigorous institutions such as Williams, Cornell, Princeton, Virginia, and Wesleyan. The KA chapter at Penn has historically remained small in membership, preserving its original nature as both a fraternity and a literary society. Among the more famous alumni of the Beta of Pennsylvania chapter are: