A radically expanded Palestra opened the door for a radically expanded schedule for the five preeminent Philadelphia basketball teams: La Salle, Penn, St. Joseph’s, Temple, and Villanova. On September 12, the Daily Pennsylvanian announced that those five teams would compete in “a round robin city series at the Palestra” against each other. Construction of additional stands began that fall, “in anticipation of the crowds which are expected to turn out for the new series of basketball double-headers at the Palestra.” The new stands, reported the Daily Pennsylvanian on October 5, “will extend from the foot of the old stands to very close to the sidelines, instead of ending several feet from them as the stands were arranged in the past,” and would be accompanied by new backboards. 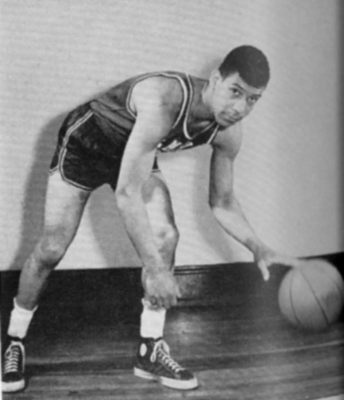 The most exciting feature of the new look and schedule for Palestra play, however, was a feature wholly unrelated to the physical stadium itself. Instead, it was the promise that a courtside views could be had both within and without the redesigned Palestra. “Pennsylvania’s Palestra,” announced the Daily Pennsylvanian on October 28, “may become the basketball capital of the world due to a contract to be signed this afternoon. The contract will enable WHPF (Channel 12) to televise all the second games of the Palestra doubleheaders.” Penn, the “original pioneer in both football and basketball video,” would once again bring basketball TV to Philadelphia, “for the first time since 1952.”

The athletic departments of the five schools rushed to plan and coordinate the logistics of the new city series. They replaced the old practice of buying season passes for one particular seat with a ticket plan based around season-ticket books for five dollars apiece; students could exchange their coupons for individual tickets on game day (for less than 40 cents per ticket, over 14 games). The Daily Pennsylvanian explained:

The coupon system became necessary because of the number of Philadelphia teams using the Palestra, according to Athletic Business Manager John Rossiter. Since three of the five squads playing their home schedules on the local hardwoods may be scheduled on the same night, student cheering sections will be rotated between the north and south sides. Thus a single reserved seat for the entire season is not feasible.

The athletic directors of Temple and Lasalle accepted “three trophies” for which the five teams would compete; one for the “team with the best record against the other four” from the Philadelphia Inquirer,” one for the player “best typifying the qualities of sportsmanship, scholarship, and leadership” from the Food Fair chain of grocery stores, and one for most valuable player, from the Philadelphia Screenwriter’s Association, in memory of Temple publicist Bob Geasey. 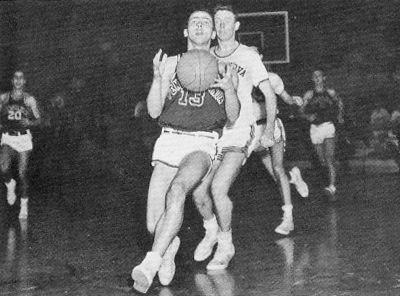 And so, by December, the stage was set for the first round of what would become a Philadelphia institution. Excitement spilled out of the pages of the Daily Pennsylvanian. It ran a four part series that December on Penn’s “Palestra Partners,” providing the Penn student body with detailed portraits of the teams they would soon face in intra-city play:

On December 14, 1955, Villanova and St. Joseph’s faced off against each other in the refurbished, 9100 seat Palestra. The birth of a bastion of Philadelphia sports was complete.

Historical sources available in the University of Pennsylvania Archives include issues of the Daily Pennsylvanian, Philadelphia Big 5 Records, and the Trustees’ Minutes.