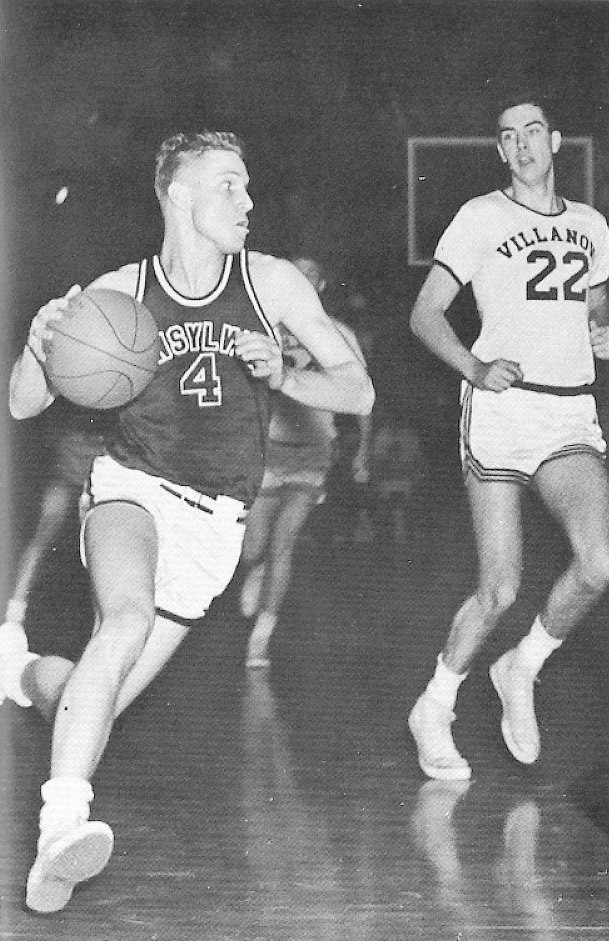 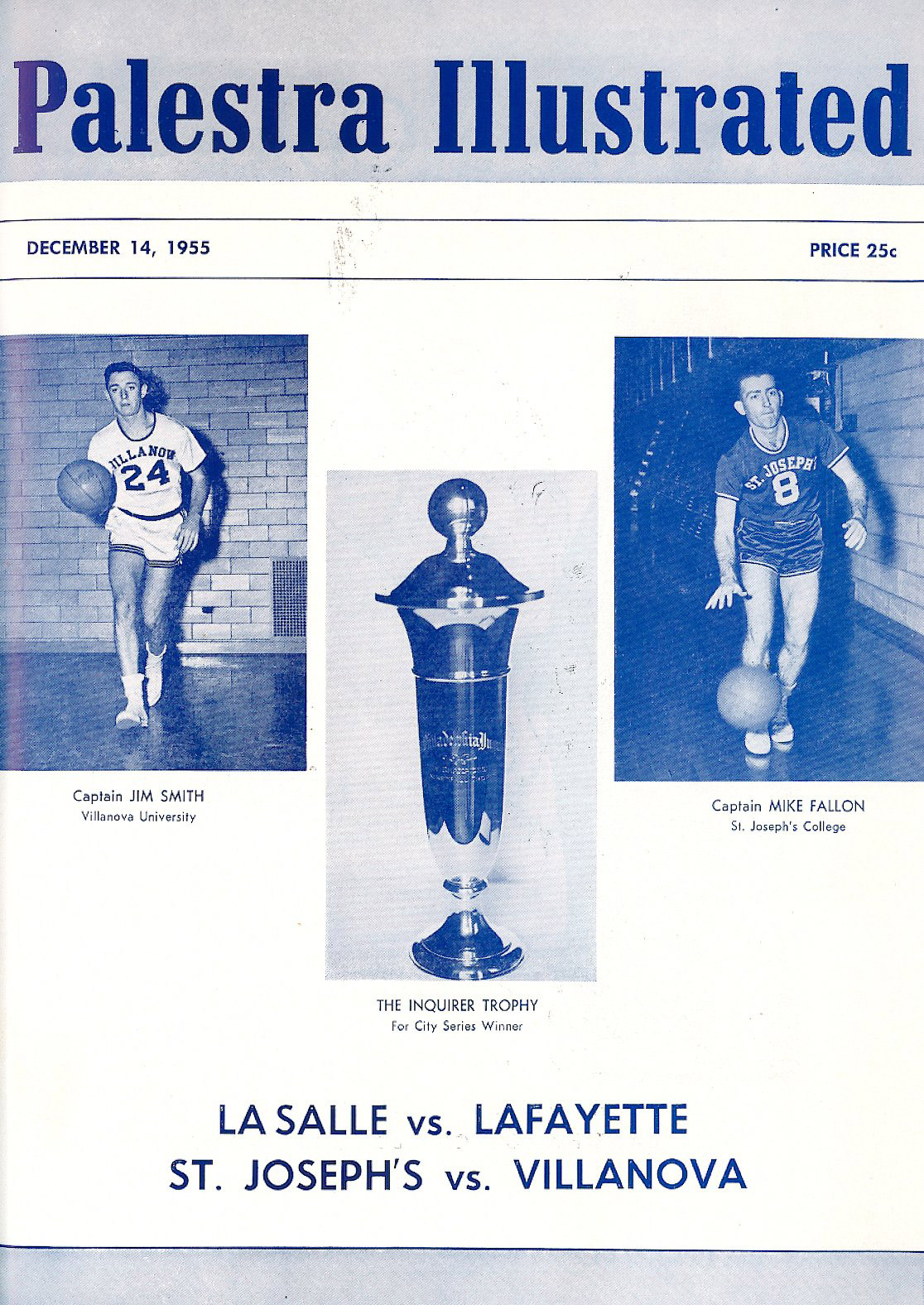 Palestra Illustrated cover on the occasion of the first Big 5 Game, 1955
Get more image details

A radically expanded Palestra opened the door for a radically expanded schedule for the five preeminent Philadelphia basketball teams: La Salle, Penn, St. Joseph’s, Temple, and Villanova. On September 12, the Daily Pennsylvanian announced that those five teams would compete in “a round robin city series at the Palestra” against each other.

In the first game of the “round robin city series,” played on December 14, 1955, St. Joseph’s chalked up an “83-70 upset win over a previously unbeaten Villanova at the Palestra.”

The University of Pennsylvania Archives houses the Philadelphia Big 5 Records, 1954 – 1996. This collection documents the operation and activities of the Philadelphia Big 5 program since its formation in 1954. Included are administrative records and scrapbooks, but the bulk of the collection consists of 257 broadcast quality tapes and ten film reels, which have recorded games among the teams, men or women, of the five institutions in the Philadelphia area from 1973 to 1996 and, in addition, a few games between teams of the group and outside teams.

Return to top
Founding of the Big 5 »
X