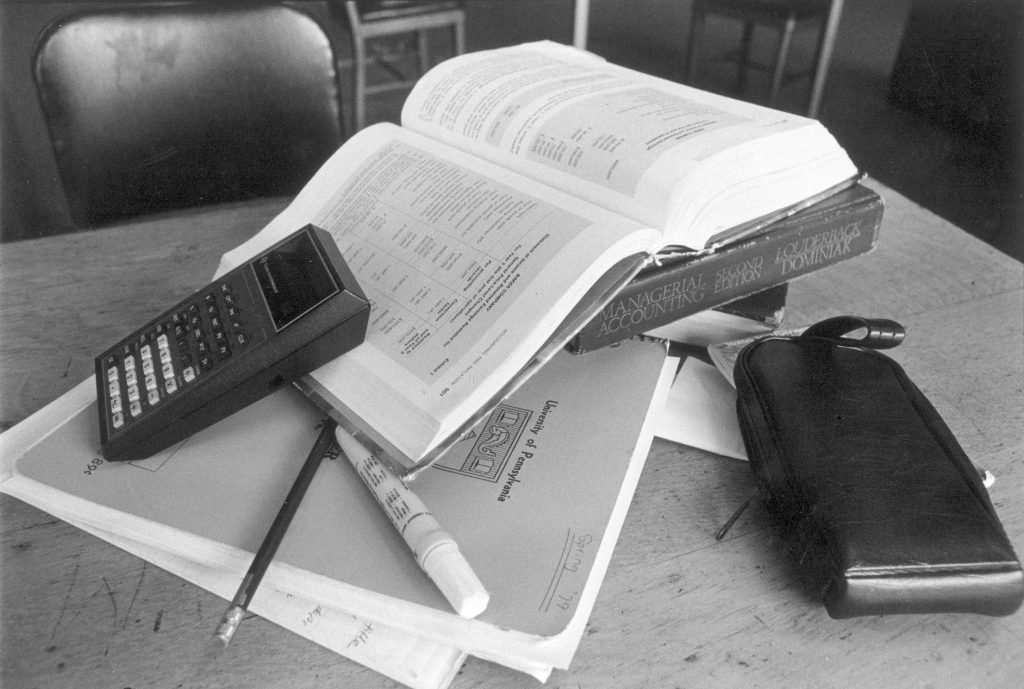 The photographs are organized in two series, Office of Public Affairs and Wharton Communications. Both series are arranged alphabetically by subject.

The Wharton Public Affairs Office, first headed by Karen Freedman, came into existence in 1983. In 1988, the office became a division of the Wharton External Affairs Office. The department was later named Wharton Communications.

The Office of Public Affairs series contains photographs, negatives, sketches and slides of people, events and buildings relating to the Wharton School of Business and the surrounding University of Pennsylvania community from the period ca. 1970-1990. Primarily composed of black-and-white 8″x10″ photographs ca. 1975-1981, this collection was utilized in publications and publicity by the Wharton Public Affairs Office. Photographs of Wharton students, alumni, faculty and administration comprise a great percentage of the collection, although most are unidentified. The series contains an extensive assortment of photographs of Vance Hall and Dietrich Hall, as well as photographs documenting the renovations of Vance Hall and the reconstruction of Dietrich Hall as Steinberg-Dietrich Hall in 1982. Wharton and Penn-related events during this time period, surrounding University of Pennsylvania buildings, engineering and technology-related photographs and unidentified sketches of University buildings are also prominent in the collection. Some photographs, negatives and slides from the period 1982-1990 are present in the collection, but they are sparse and mostly connected to specific events, such as Dialog Day in 1988 or the 1986 Alumni Dinner.

The Wharton Communications series contains photograph, contact sheets, slides and color transparencies of people, events, and buildings used in official publications for the period 1981-2007. The bulk of the collection consists of professional headshots for faculty, administrators, students, and alumni. This series focuses solely on Wharton School subject matter, and does not contain images of broader University events.