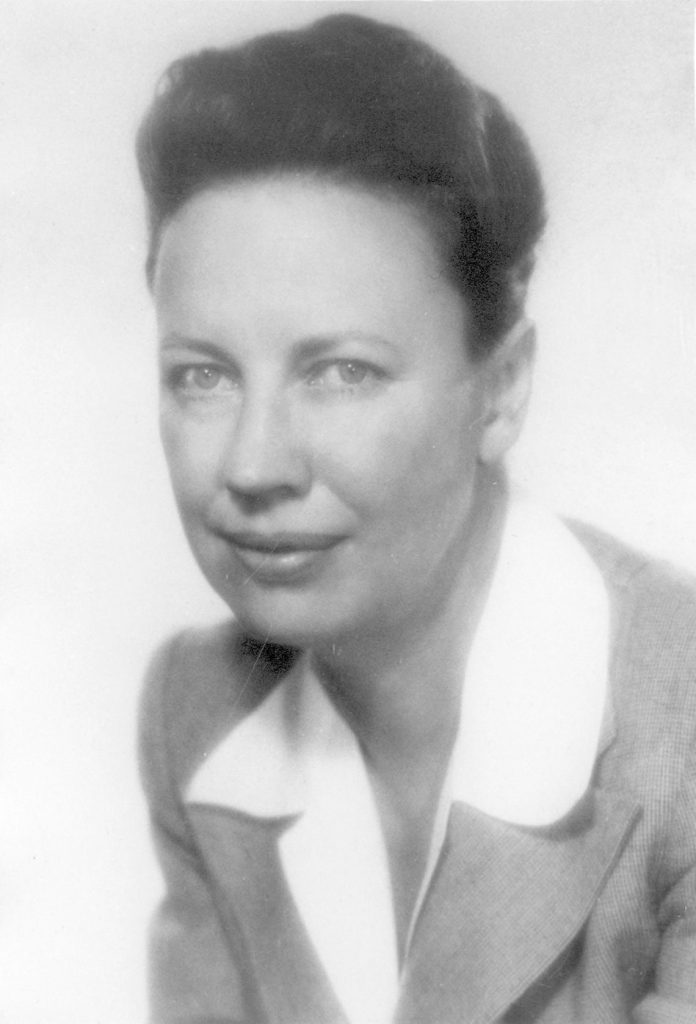 Dorothy Swaine Thomas was born on 24 October 1899 in Baltimore, Maryland, the daughter of John Knight and Sarah (Swaine) Thomas. She received her B. A. degree from Barnard College in 1922 and also earned a Ph. D. in 1924 from the University of London School of Economics where she was a recipient of the Hutchinson Research Medal. Between the years of 1924 and 1948, she held research and/or academic appointments at the University of California at Berkeley, Yale University, Columbia Teachers College, the Carnegie Corporation, the Social Science Research Council, the Social Science Institute at the University of Stockholm, and the Federal Reserve Bank in New York.

Dr. Thomas arrived on the faculty of the Wharton School of the University of Pennsylvania in 1948 as a research professor of sociology and incidentally was the first female professor in the Wharton School. While at the University, she was a co-director of the Study of Population Redistribution and Economic Growth from 1952 to 1959, research director of the Population Studies Center from 1959 to 1970, and co-director of Population Studies Center from 1964 to 1970. She also was instrumental in developing the doctoral training program in demography. When she retired in 1970, the University gave her an honorary doctorate for her influential work in the field of demography.

Even after her retirement, Dr. Thomas continued to teach for four years at Georgetown University. She also served as a United Nations technical consultant at various times with the U.S. Bureau of the Budget, U. S. Department of Agriculture, National Resources Committee, the U.S. Bureau of the Census and other national state agencies.

Dr. Thomas was a prolific writer, having authored or co-authored six books and 71 scholarly articles in the field of population statistics between 1922 and 1969. This includes the landmark three-volume study that she co-authored with Simon Kuznets, Population Redistribution and Economic Growth in the United States, 1870-1950.

Dr. Dorothy Thomas died on 1 May 1977 in Bethesda, Maryland. She was the widow of the late William I. Thomas.

The Dorothy Swaine Thomas Papers primarily document her professional career in the fields of sociology and demography.

The biographical series chronicles Dr. Thomas’s many achievements and travels. Her renown as an expert in her field is portrayed through the newspaper clippings and the curriculum vitae. The correspondence series covers both professional and personal correspondence which provide insight into Dr. Thomas’s multi-faceted career as professor, researcher, authority of sociology, and more.

The bulk of the collection is contained in the research series. This is divided into studies of Norway, Population Redistribution and Economic Growth, and Swedish Migration. The Population Redistribution and Economic Growth concerns the three-volume book written by Dr. Thomas and Simon Kuznets. Most of the papers relating to Swedish Migration are tables of different migratory patterns in selected areas of Sweden. Related material for both studies is found in the correspondence series and newspaper clippings.

The articles and reprints in the writings series contain the results of some of Dr. Thomas’s studies of population as well as a report on the Population Studies Center and an auto-biographical essay.