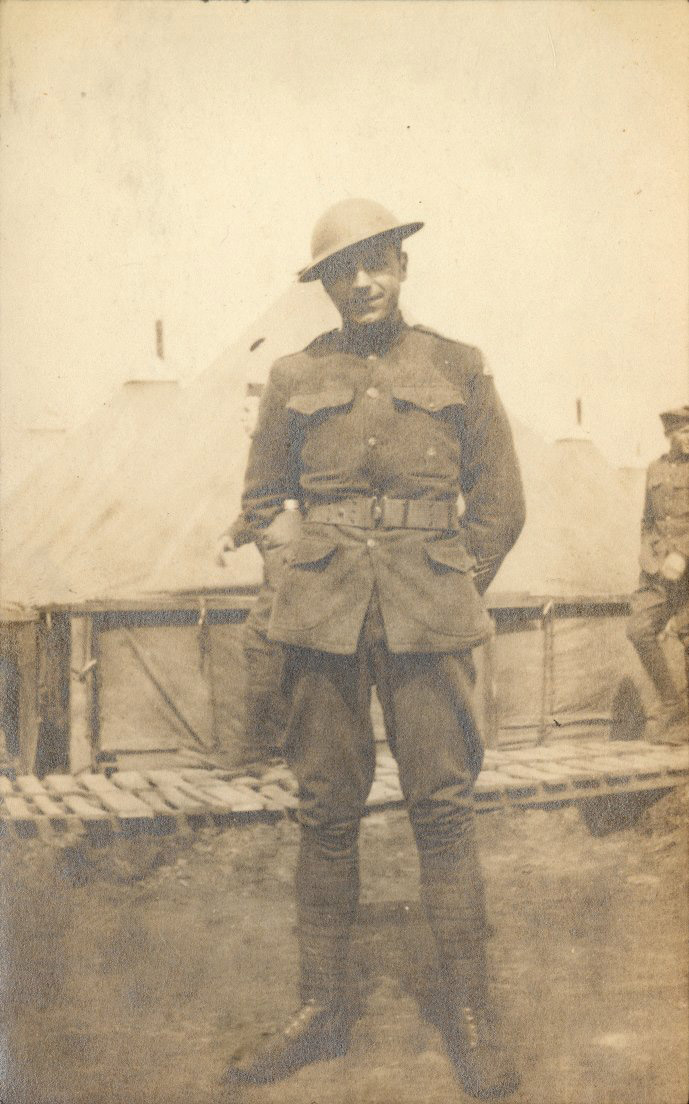 The collection consist of one item, a diary.

David Ralston Stief was born on February 13, 1896 in Philadelphia, the son of William F. Stief and Jane Ralston. His father was a paperhanger and raised the family in Cynwyd outside of Philadelphia. David attended William Penn Charter School in Philadelphia. He was fairly active and popular student participating in athletics and number of student organizations. At time of his graduation in 1915 his speaking skills were recognized with him being selected as the commencement speaker. The following fall Stief went to Haverford College where he remained until the outbreak of World War I.

On May 7, 1917, David R. Stief enlisted in the Enlisted Reserve Corps of the United States Army. His service was in the Medical Department. Stief was assigned the Base Hospital No. 10 connected with the British Red Cross located at Le Tréport, France along the British Channel. Stief was part of a group of 247 doctors, nurses, dental surgeons and enlisted men who had been organized by Pennsylvania Hospital to staff this hospital. Stief worked in the Isolation Division of the hospital. He was promoted to corporal in October 1918 and served in the office of the surgical division and later, after his promotion to sergeant in January 1919, worked in the office of the registrar of the hospital and the post office. His duties in France also included guard watch at Morbihan and Brest. Stief was discharged in April 1919.

On his return to Philadelphia, Stief was able to receive his degree from Haverford College and embarked on a legal career. He worked as clerk in a law office of William A. Gray (U of Pa LL.B. 1897) who served as his preceptor and attended Temple University Law School. After he graduated in 1923, he became a part of Gray’s firm. By 1930 Stief had established his own firm. He practiced law in Philadelphia for the rest of his career.

David R. Stief married in 1936 to Lillian M. Boorse who had been an aide to U.S. Senator Joseph R. Grundy. They lived in Philadelphia most of their life and did not have any children. David died in Longport, New Jersey on May 25, 1967.

The diary, May 18, 1917 – April 22, 1919, is an account of Stief’s service during World War I. Stief intended to relate his war experience in the diary, but because he did not have much combat service, the diary primarily contains candid and colloquial descriptions of the everyday experiences of his life in England and France. There are accounts on the leisure hours of hospital workers in Ally France. Interspersed throughout the text are photographs and caricatures.