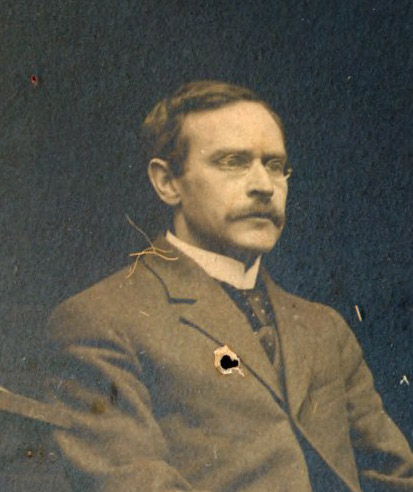 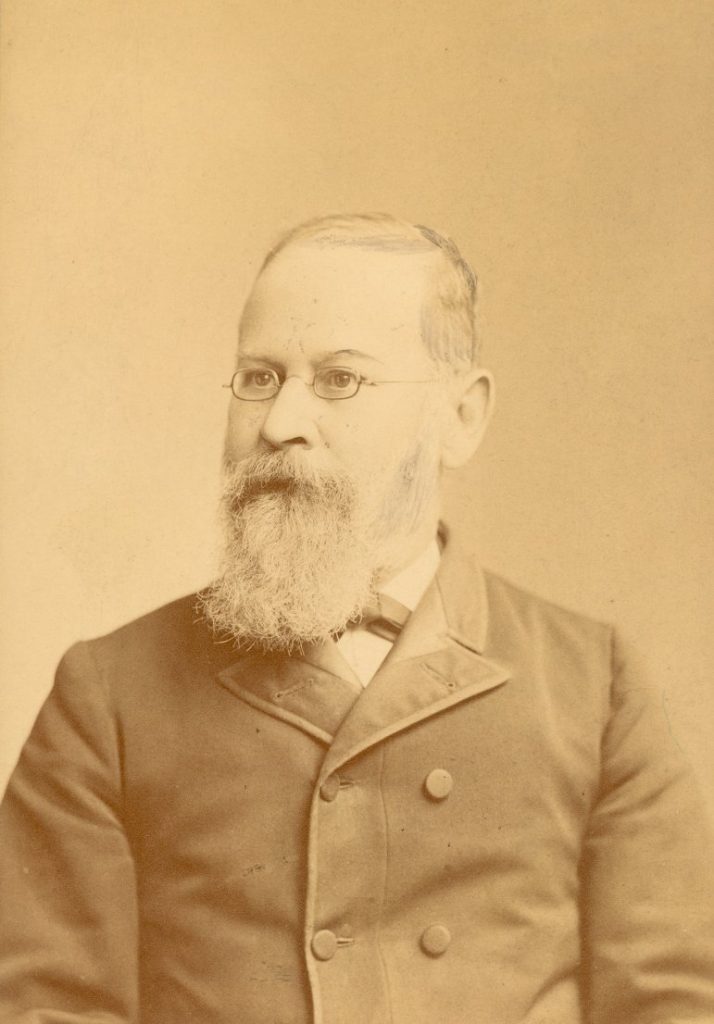 Alumni (Individuals), Civil War, Faculty (Individuals)
Access to collections is granted in accordance with the Protocols for the University Archives and Records Center.
Download this finding aid as a PDF

Thomas Webb Richards was the son of Benjamin Moore Richards, a Welsh-born tailor living in the rear of a Lombard Street townhouse. Neither Thomas nor his brother, William Trost Richards, enjoyed formal education beyond the year 1846, but both apparently demonstrated early artistic genius. William Trost was later to become a well-known marine artist, while Thomas apprenticed with Samuel Sloan, one of Philadelphia’s leading architects in the mid-nineteenth century. In Sloan’s office Thomas obtained excellent training while attending courses and participating in exhibitions at the Franklin Institute. By 1854, Thomas believed he could establish his own practice and left Sloan and Philadelphia for opportunities in Ohio.

The advantages, however, were not abundant enough to keep Thomas in Columbus; he returned home and was listed in the Philadelphia city directory of 1856 as an architect, sharing his brother’s studio at 816 Walnut Street. The financial crash of 1857 left him unlisted. Little is known of his career between 1857 and 1860; presumably he was working in Philadelphia and successful enough to win an appointment as an Associate of the Pennsylvania Academy of Fine Arts. By 1861 he had two architectural projects, Trinity Presbyterian Church in Philadelphia and the National Bank of Commerce in Baltimore, and in 1862 he had become associated with William Murdock in Baltimore. The Civil War created a demand for hospitals while decreasing the demand for other types of buildings, and in 1863 he moved to New York to render hospital drawings for Calvert Vaux.

Frustrated by the lack of opportunity, Richards almost turned to a career in photography. In 1868 John Sartain recommended Richards for the first teaching position in Drawing at the University of Pennsylvania, and thus began Richards’ long association with the University. He competed successfully for the position of Architect for what became College Hall, constructed in 1871-1872. Instrumental in developing the architecture program at the University, Richards was appointed Professor of Drawing and Architecture in 1874, and he remained on the faculty until 1890. In addition to his pedagogical contributions to the University, Richards also served as the architect of Logan Hall (1874) and the Robert Hare Laboratory of Chemistry (1877).

Horace Clark Richards was born in 1868 to Thomas Webb and Henriette Adele (Hadry) Richards. He entered the University of Pennsylvania in 1884 and earned the A.B. degree in 1888. That same year, he enrolled in graduate school at Penn and received a Ph.D. in Physics in 1891. He also studied at Johns Hopkins University from 1890-1892. As a student at Penn, Richards won the Matriculate Greek prize of first rank, the Freshman Greek prize and the Junior Greek prize. He also won the first place Junior Mathematical prize. He was Editor and Business Manager of the student newspaper, The Pennsylvanian, and moderator of the Philomathean Society, a student literary organization. Additionally, he acted the part of Megrian in “The Acharnians,” an ancient Greek tragedy, produced by the University in 1886.

The Thomas Webb Richards series (1850-1919) pertains to Thomas’ role in the construction of buildings for the University of Pennsylvania campus, including College Hall and Medical Hall and for the Northminster Church in West Philadelphia. The series also contains floor plans of the College building and Medical building on the University’s Ninth Street campus. The Photographs series (undated) contains a glass plate negative of Richards. The Publications series (1819-1872) contains select volumes of the publication The Builders Assistant and publications relating to the dedication of the University’s College Hall in 1872.

The Horace Clark Richards series (1871-1944) pertains to Horace’s involvement in the University of Pennsylvania as a student and as a professor and alumnus. His activities included membership in the Philomathean Society, the Alumni Society, Sigma Xi, Phi Beta Kappa and a cast member of the play “The Acharnians.” The collection also contains a certificate of membership to the Franklin Institute in 1925.