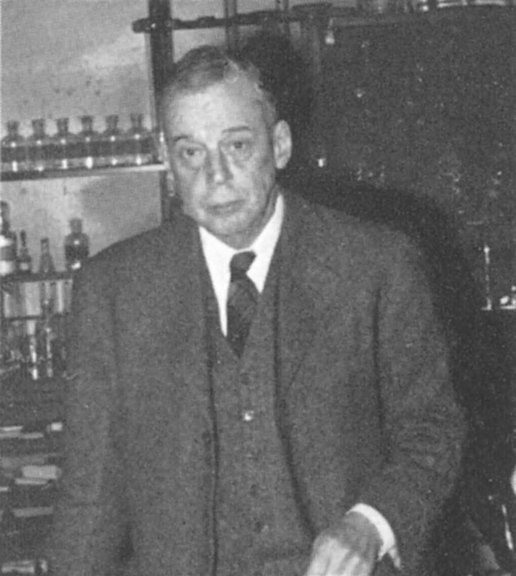 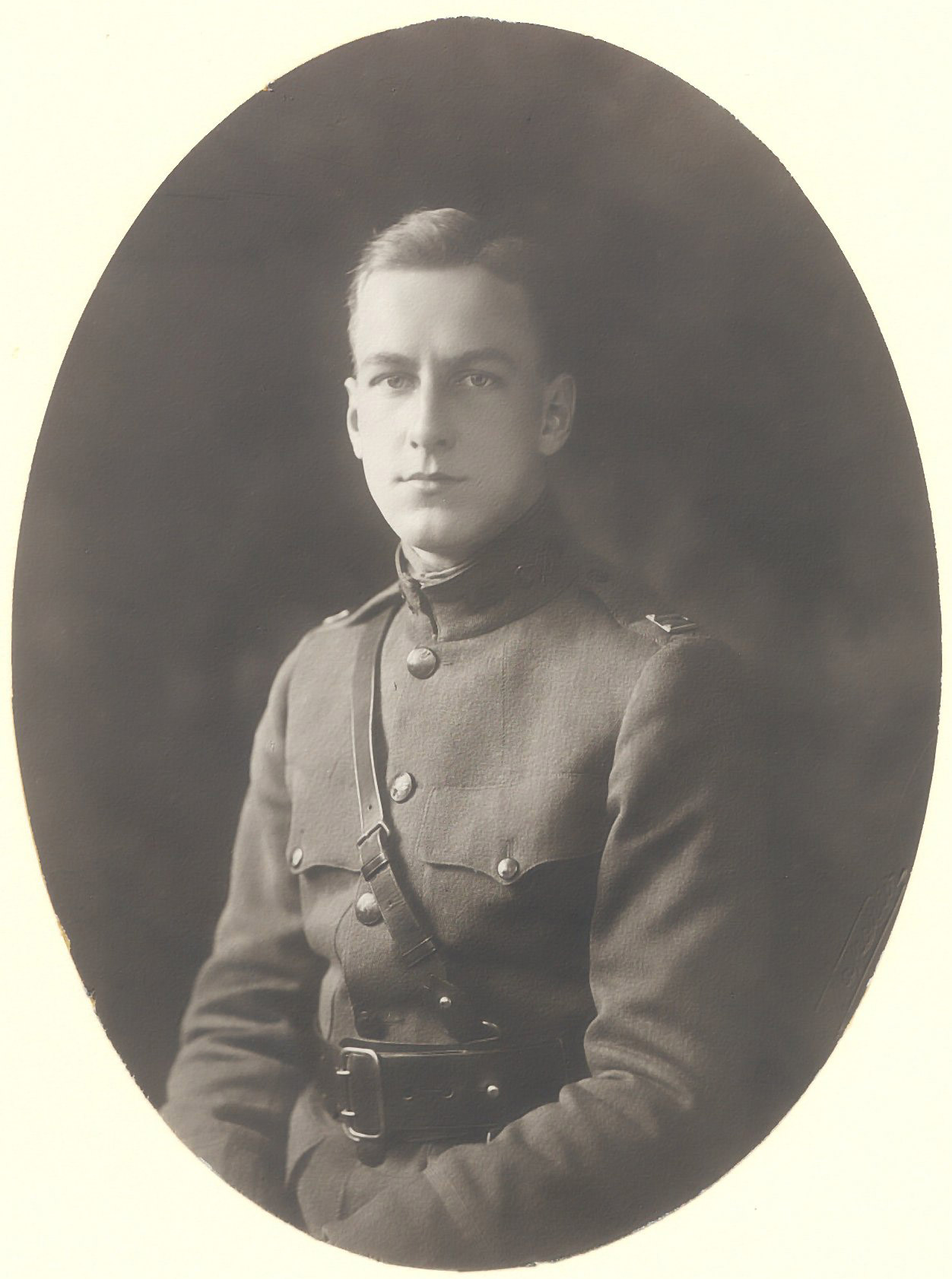 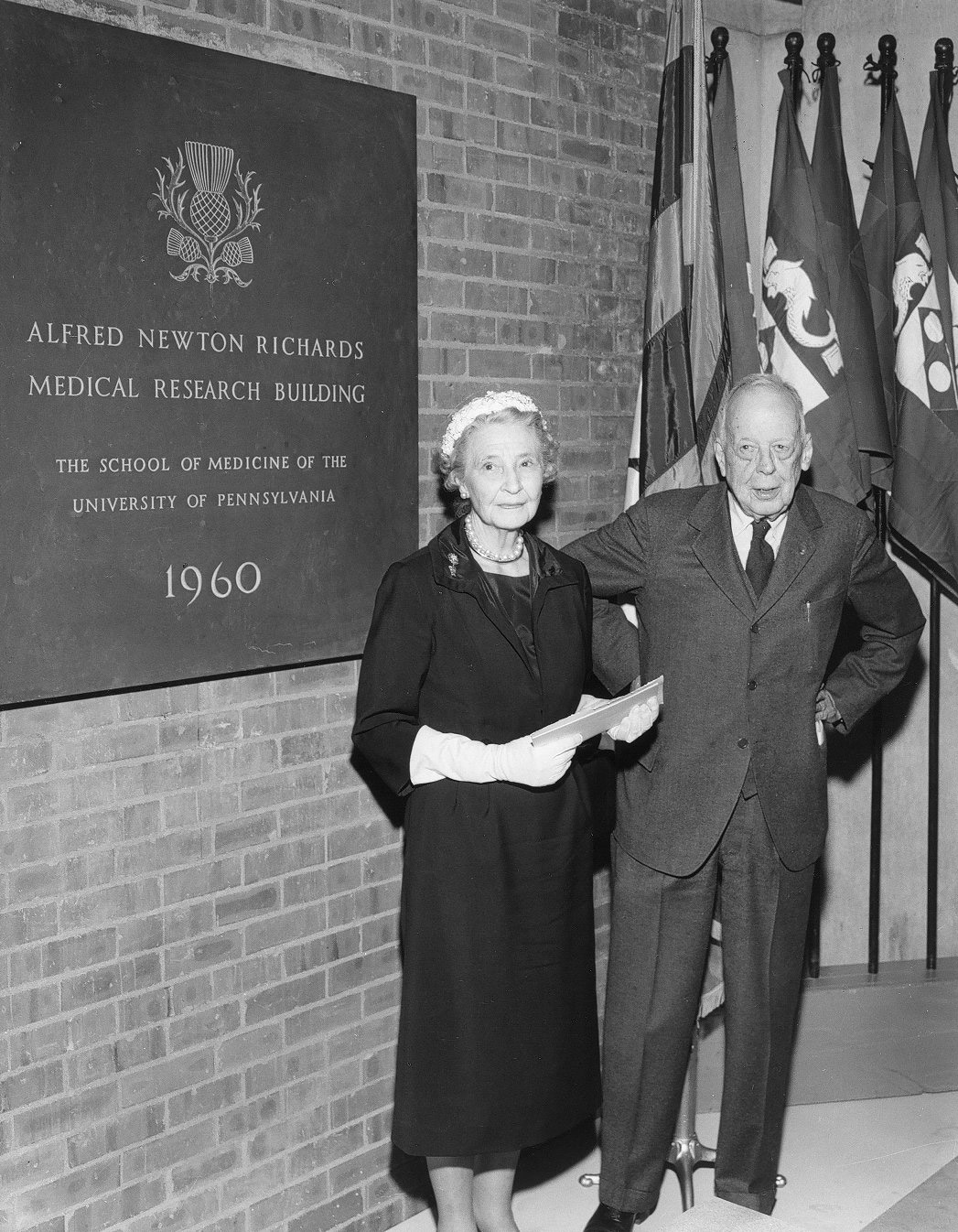 Faculty (Individuals), World War I
Access to collections is granted in accordance with the Protocols for the University Archives and Records Center.
Download this finding aid as a PDF

Alfred Newton Richards was born on March 22, 1876 in Stamford, New York, to Reverend Leonard E. Richards and Mary Elizabeth Burbank Richards. He was named after Reverend Alfred Newton, the father of Mary Richards’ best friend. Both of Alfred Newton Richards’ parents had been schoolteachers before marrying, and his mother held a degree from Granville Female Seminary (now a division of Dennison University). Their devotion to religion and education had a great impact on Richards’ life.

Richards attended the Stamford Seminary and Union Free School, graduating in 1892. He then went on to Yale University, where he received a B.A. with honors in chemistry in 1897. The following year, through the aid of Professor R.H. Chittendon, Richards received a fellowship to study at the Sheffield Scientific School at Yale. When Chittendon moved on to the College of Physicians and Surgeons of Columbia University, Richards went with him and spent ten years there. In 1901, he became the first person to receive a Ph.D. in physiological chemistry from the Graduate School of Columbia University. Through the aid of Christian Heurter, a faculty member at Columbia and a trustee of the Rockefeller Institute, Richards became the first person to receive a scholarship from the Rockefeller Institute. In 1901, by means of the scholarship, he was able, along with Heurter, to carry on experiments with epinephrine in the Laboratory of Physiological Chemistry at Columbia. In 1904, Heurter and John Abel founded the Journal of Biological Chemistry. At their invitation, Richards became associate editor, and, upon Heurter’s death in 1910, managing editor, a position he held until 1914. While at Columbia, Richards began teaching an elective course in pharmacology; in 1907, the popularity of Richards’ course helped Heurter to incorporate pharmacology into Columbia’s curriculum.

Richards left Columbia in 1908 to help set up a department of pharmacology at Northwestern Medical School. On December 26 of that same year, he married Lillian Woody. After two years of work at Northwestern, Richards arrived at the University of Pennsylvania Medical School in 1910 to be chair of Pharmacology, a position which he occupied until 1946, when he became Professor Emeritus.

After the United States entered World War I, Richards went to Britain to study wound shock with Henry H. Dale and the staff of the British Medical Research Committee. In 1918 he became a major in the U.S. Sanitary Corps and was sent to France to set up a laboratory for the study of the effects of gas warfare. The war ended before equipment for the laboratory arrived, and Richards returned to Philadelphia, receiving an honorable discharge.

It was upon Richards’ return that his work in kidney function took place, leading to kidney micropuncture and results which supported the filtration-reabsorption concept. In 1939, due to the death of Alfred Stengel, Richards was named Vice-President in Charge of Medical Affairs at the University of Pennsylvania, a position which he held until 1948.

In 1941, he became Chairman of the Committee on Medical Research (C.M.R.) of the Office of Scientific Research and Development (O.S.R.D.), an office founded by President Roosevelt. One of Richards’ main accomplishments during his tenure as Chairman was to help make penicillin widely available to troops and to the public. Between 1941 and 1946, Richards divided his time between his duties as Vice President for Medical Affairs at the University of Pennsylvania and his duties as Chairman of C.M.R.; often this meant working in Philadelphia during the week and then working in Washington, D.C. through the weekend. When the O.S.R.D. was officially terminated in 1946, Richards had a short respite before being elected to the Presidency of the National Academy of Sciences in 1947, a position which he held for three years.

In 1948, President Truman appointed Richards to the Medical Affairs Task Force of the Commission on the Organization of the Executive Branch of the Government, a group which prepared the Report on Medical Services. Also in 1948, Richards became a member of the Board of Directors of Merck and Co. He had been a consultant to the company since 1931, and between 1953 and 1955, he served as Chairman of the Scientific Committee of the Board of Directors. In 1948, Richards also became an Associate Trustee of the University of Pennsylvania.

The Alfred Newton Richards Papers, 1910-1966, 1969, mainly document the professional and academic activities of Richards, with the exception of a small group of personal correspondence, most of which relates to honors received by him. The collection begins in 1910, the year that Richards arrived at the University of Pennsylvania, but includes a few earlier papers.

The Professional Papers include newspaper clippings, meeting minutes, memoranda, finances, reports, and other professional documents. Photographs of Richards, 1919-1964, and of the University of Pennsylvania, including the Richards Building, dedicated in 1960, are among these files. Also included are drafts and copies of a 1969 supplement to the Annals of Internal Medicine called “Alfred Newton Richards, Scientist and Man,” a tribute to Richards by his colleagues and friends.

The major groupings in the Organizations series are the Committee on Drug Addictions, the Committee on Medical Research, the Commonwealth Fund, Hall-Mercer Hospital, Merck and Co., the National Academy of Sciences, the Office of Scientific Research and Development, Penicillin, Sharpe and Dohme, the Wistar Institute, World War I, and many others. Each organization includes correspondence, meeting minutes, finances, and other papers.

The University series consists of Richards’ class lectures, notes regarding his courses, and laboratory experiment work. The laboratory experiments include those carried out by colleagues and students and those carried out solely by Richards or in conjunction with colleagues and students. Kidney function is the general subject of most of the experiments, but many specific aspects of this subject are examined. Also in the University series are miscellaneous experiments, photographs, charts, and graphs.