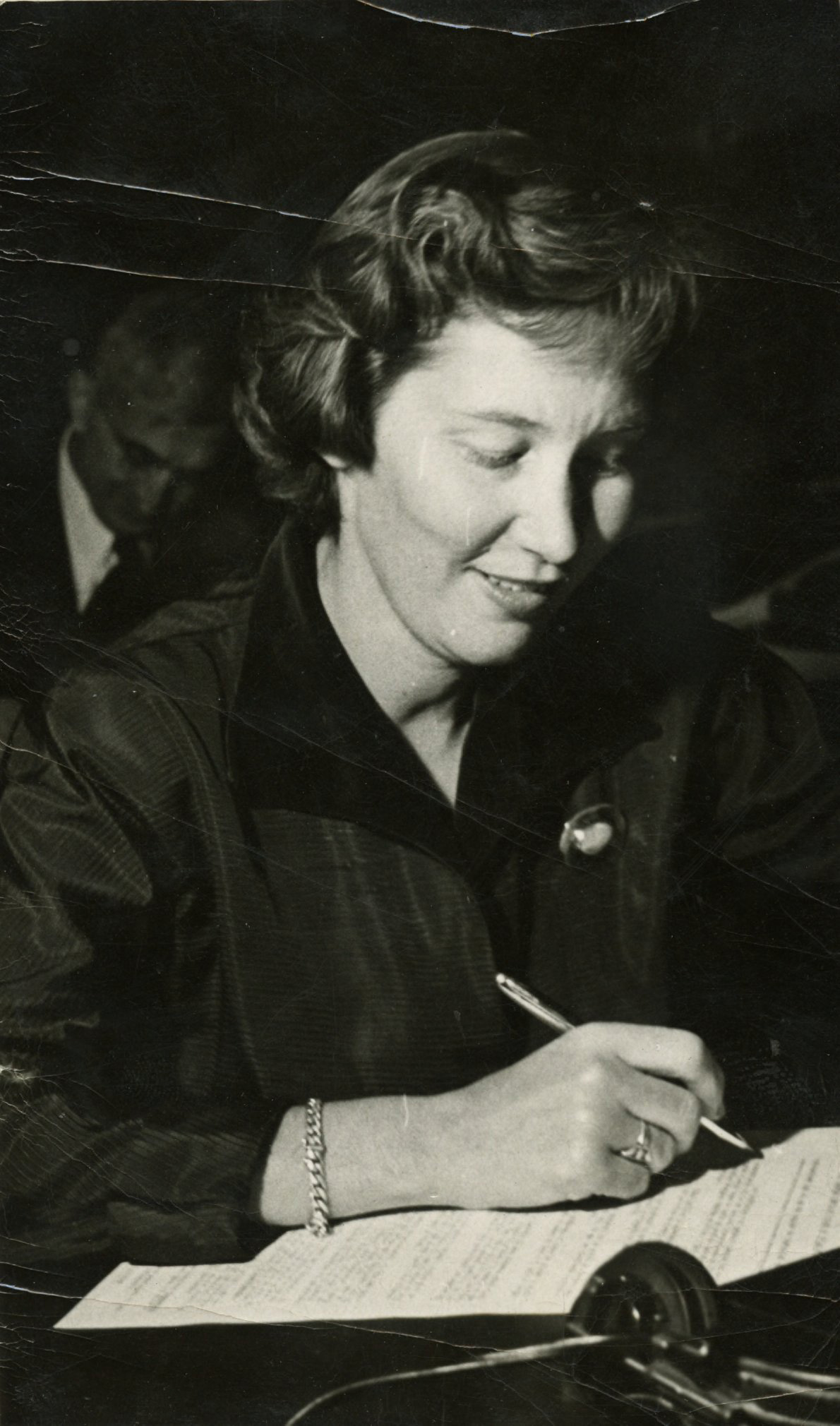 This collection has been organized alphabetically by series, except for the Audio tapes series, which is attached to the end. Folders within each series are arranged alphabetically.

Elizabeth Farquhar Flower was born in Atlantic City, New Jersey in 1914. She graduated from Wilson College in central Pennsylvania with a degree in chemistry in 1935. When she first came to the University of Pennsylvania, she was interested in medicine. Later, through attendance at an unusual seminar in the philosophy of science conducted by Professor of Philosophy Edgar A. Singer, she developed an interest in ethics, especially in its relation to psychology, social science, law and education. She obtained from Penn her Ph.D. in philosophy in 1939.

Flower began her teaching career at Penn in 1937 when she was appointed as an assistant instructor. She was appointed Assistant Professor of Philosophy in 1947, obtained tenure in 1956 and was promoted to full professor in 1974. Although most of her academic life was associated with Penn, Flower also taught or lectured at Columbia (Barnard), Hamilton College, and Latin American universities in Peru, Colombia, Chile and Argentina.

Among her multitude of students, many of whom became college faculty around the country, was Dr. Martin Luther King, Jr. King audited Flower’s course on ethics and the history of philosophy while he was enrolled at Crozer Theological Seminary in 1949. Fifteen years later, King met Flower again during a one-day seminar.

Flower also engaged in various forms of philosophical practice. During WWII, she developed a substantive interest in the study of Latin America. She worked with the American Friends Service Committee in Mexico, with work camps, with the exiled Spanish Republican intellectuals, especially the philosophers, and with the Indian and Education departments.

Flower published many articles in philosophical journals. She was best known, however, for the two-volume History of Philosophy in America (1977), which she co-authored with Murray Murphey, a faculty member in the Department of American Civilization at Penn. She co-wrote another major work, Critique of Applied Ethics: Reflections and Recommendations (1994), with Finbarr O’Connor of Beaver College and her husband Abraham Edel, another well-known professor of philosophy.

In relation to the publication of the two major works mentioned above, Flower did extensive research in Scottish philosophy; the St. Louis Hegelians; William James, founder of American psychology (1842-1910) with his authoritative work Principles of Psychology; and John Dewey (1859-1952), an educational reformer and founder of the philosophy of pragmatism and of functional psychology. As a former head of the Penn Department of Philosophy put it, Flower carried on the pragmatist school of philosophy in the United States.

This collection documents the life and teaching and research career of Elizabeth F. Flower as an academician and faculty member in the field of philosophy.

The collection consists of the following series or groups of series:

2. Associate/Subject files. This series includes files related to her colleagues and other professional associates or material of specific subjects related to her research.

3. Clippings. Apart from a small number of newspaper clippings, the bulk of the series consists of material related to work done by miscellaneous authors in philosophy, history of philosophy, psychology, law, anthropology, and other fields of social sciences.

4. Correspondence and Personal are two small series. They include correspondence of both personal and professional interests, curriculum vitae and biographical and bibliographical material of Flower, as well as such personal items as passports, miscellaneous IDs, diplomas, and wills.

5. Drafts and notes. This is the bulkiest series of the collection. Most files contain incomplete drafts or notes of ongoing research/study projects, either for publication purposes or to be used as notes in teaching. Judging from the topics covered in these files, most material in this series is in preparation of the two major published works authored by Flower with others, namely, History of Philosophy in America and Critique of Applied Ethics: Reflections and Recommendations.

This series shows the sweep of Flower’s philosophical interest, which ranged from the study of European modern philosophy pioneering thinkers such as Thomas Hobbes, John Locke, David Hume, Immanuel Kant, Georg Wilhelm Friedrich Hegel; the study of the Scottish school of common sense philosophy represented by Thomas Reid and its impact in Pennsylvania and New Jersey (Princeton University); to the study of modern American philosophers John Dewey, George Santayana, Clarence Irving Lewis, and the influence of St. Louis Hegelians (represented by William T. Harris) in American education. This series also documents Flower’s interest in other branches of social sciences, as seen in notes related to William James and his monumental work Principles of Psychology, Darwin, Spencer, etc.

A sub-group of this series is entirely focused on the study of Dewey and his thinking on ethics, pragmatism, valuation, etc.6.Latin America and Mexican studies are two small series that recorded Flower’s interest in the study of philosophy and anthropology in Mexico and other parts of Latin America. It concentrates over a period from wartime in the early 1940s to early 1960s.

7. “Papers and manuscripts” and Publications are two series that include individual pieces of writing and published articles by Flower, or in some cases, done with her husband Edel, and occasionally, by Edel alone.

8. Student papers. This small series reflects some of the course work in Flower’s teaching.

9. Photographs and Audio tapes. The Photographs series include portraits, and personal, family or group snapshots. The Audio tapes series is a voluminous collection. The tapes record academic, research and social activities Flower and Edel engaged in, some related to their publications. Most tapes bear only very sketchy notes of content.