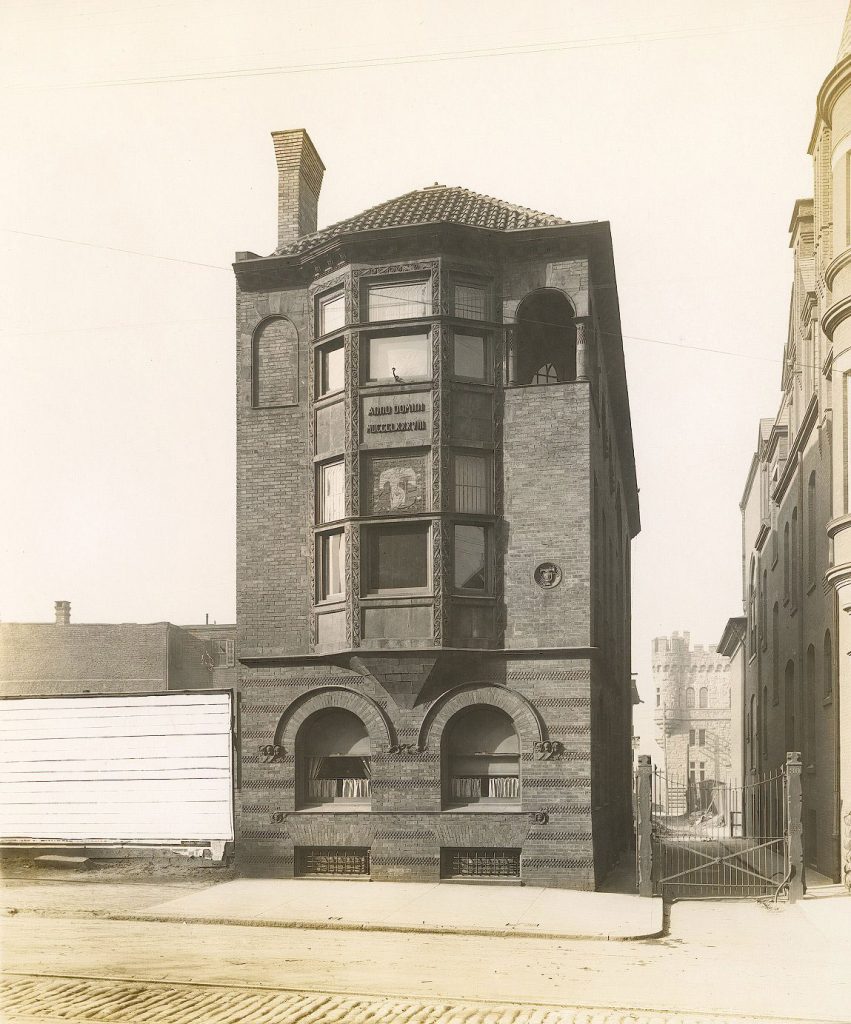 Fraternities, Student Organizations
Access to collections is granted in accordance with the Protocols for the University Archives and Records Center.
Download this finding aid as a PDF

The Delta Psi fraternity was organized to: establish a bond of union between college students; improve its members through literary exercises; give life-long support of the brotherhood; and advance each member through protection and support. Candidates must be undergraduates or graduates of some college, law or medical school having the power to confer degrees. Initiation of student attending a school already having a chapter of Delta Psi is not permitted unless authorized, nor is membership in any other collegiate secret society.

The Delta Chapter was founded at Burlington College, Burlington, N.J. on November 28, 1849 by Warren Livingston. Lack of support from the administration eventually led the members to investigate the possibility of transferring the chapter to another institution. On December 27, 1854 the chapter was transferred to Philadelphia. The Delta Chapter House, known as St. Anthony Hall, opened in January 1889. The Delta Alumni Association was incorporated in Pennsylvania in 1912, and is concerned with the scholastic standing of the undergraduates and the maintenance of the St. Anthony Hall and the St. Anthony Club. The fraternity and Alumni Association remain very active today.

The records of the Delta Psi Fraternity include papers for the Delta Chapter and its parent organization the Delta Alumni Association.

For the Delta Chapter there are: bylaws, 1890-1966; Constitutions, 1891-1922; books of forms, 1884-1905; decisions, 1852-1911, membership information, 1861-1906, 1976; histories, 1888-1924; and a volume of poems by Robert Hunter McGrath, 1885-1886. The bulk of the Delta Chapter papers include minutes, 1861-1927 and financial papers, 1855-1909. The minute books provide the richest information on fraternity life and often include topics of debate that were held both formally and informally at the Chapter House in an effort to improve members through literary exercises. Topics ranged from national political events to campus events to philosophical issues to other varied interests such as the existence of supernatural beings. The financial records basically record payments of dues and fines charged by the fraternity.

Although the Delta Alumni Association was incorporated in 1912, there is nothing for these early years. The records begin with the bylaws, 1953-1955 and minutes, 1950-1985. There is information for the annual meetings from 1962 to 1973. The correspondence, 1960-1976 and the financial papers, 1925-1938, 1940-1976 primarily concern fundraising efforts by members of the association to support the fraternity and maintain the buildings. Miscellaneous papers such as insurance policies and publications fill out the remainder of the collection.