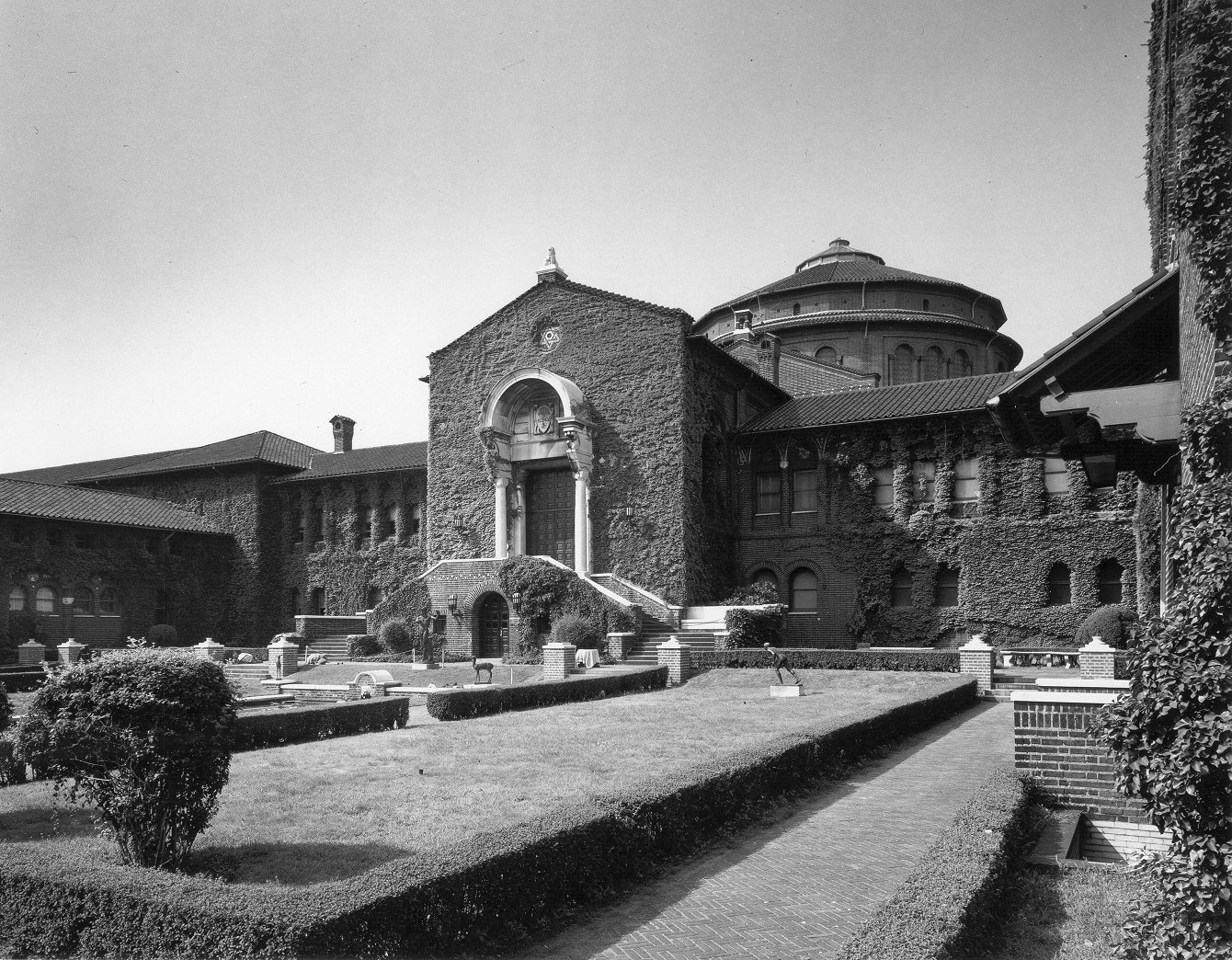 Museum of Archaeology and Anthropology, courtyard and main entrance, 1961
Get more image details

Wilson Eyre, Jr., was born in Florence, Italy, in 1858 to a Philadelphia family, and did not return to live in the United States until he was eleven years old. Eyre briefly attended M.I.T., but never earned an advanced degree in architecture.

He began his architectural career in the Philadelphia office of James Peacock Sims in 1877. After Sims’ death in 1882, Eyre took over the practice and worked independently until 1911, when he formed a partnership with John Gilbert McIlvaine in 1911. He served as president of the Philadelphia chapter of the American Institute of Architects from 1897 until 1902.

Eyre quickly became one of the most sought-after architects on the east coast, receiving commissions in Philadelphia, Connecticut, New York, Rhode Island, and Massachusetts. He is best known for his residences, particularly those in the shingle style, but he also designed the fountain in Logan Square and a number of churches, offices, clubhouses, and other public buildings. He was also known for his rendering and sketching techniques, and was the founder and was the first editor of House and Garden magazine.