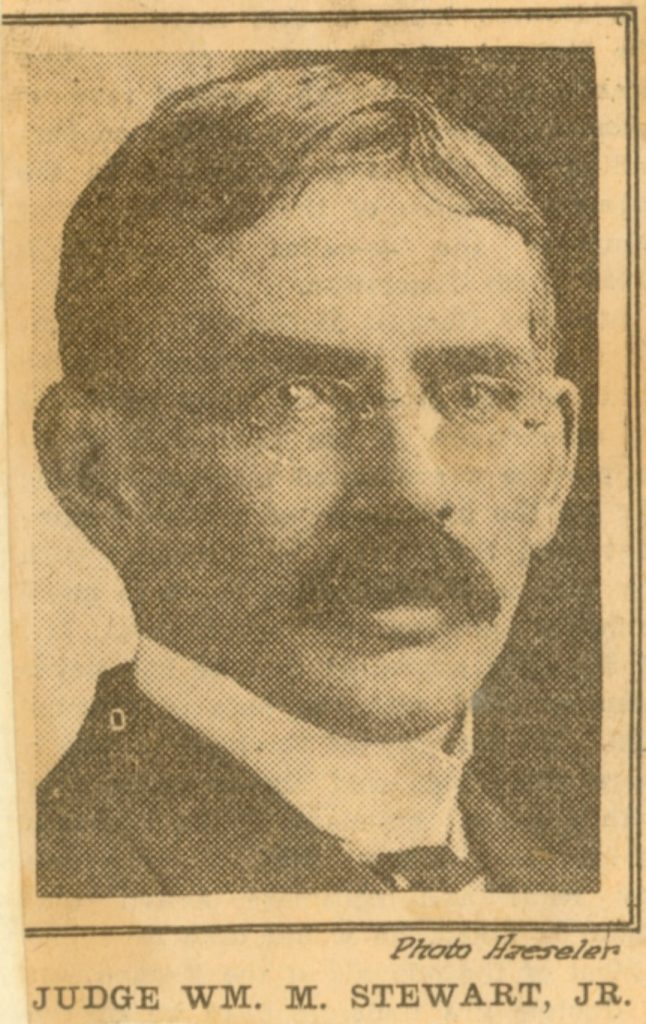 William Stewart, Jr., was born in Indiana, Pennsylvania, on November 30, 1858, the son of William Moore Stewart and Elizabeth Forrester Clopper.

After earning his law degree in 1881, Stewart was admitted to the Philadelphia Bar. He served for several years as an assistant federal attorney for this district and for a short time as a judge in the Court of Common Pleas. Stewart was a member of the county board of law examiners, the board of managers of the Law Association of Philadelphia, as well as an honorary member of the Law Academy of Philadelphia. At the time of his retirement he was associated with the law firm of Ballard, Spahr, Andrews & Ingersoll in Philadelphia.

Stewart served on the General Alumni Society’s executive committee as well as secretary of his alumni class. He was also a member of the University and Philadelphia Cricket Clubs. He married Margarette Lyman Ballard. After his retirement and the death of his wife, Moore moved to New Canaan, Connecticut, to be near one of his daughters. He died there on March 23, 1940.